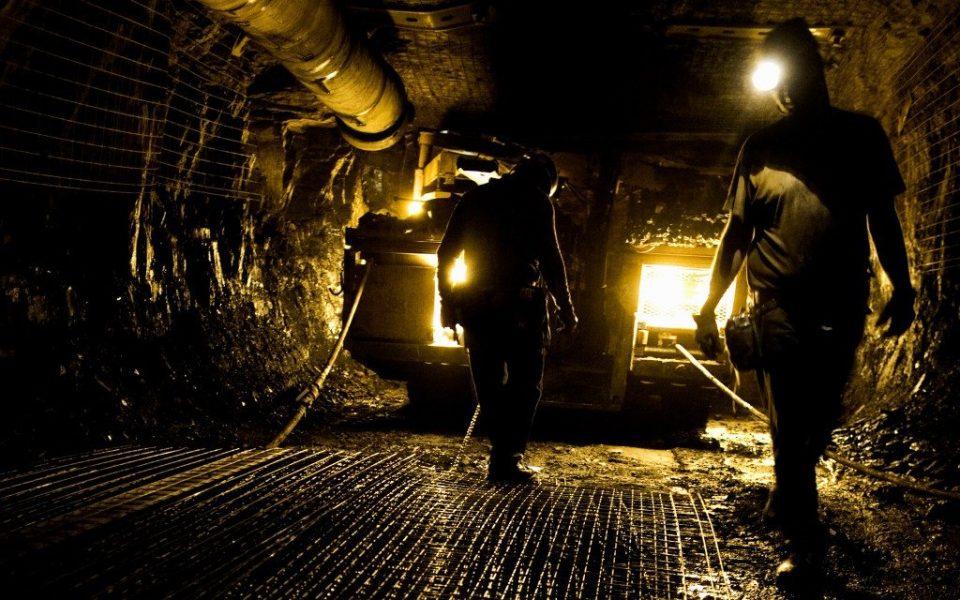 Noxolo Bobotyane, a veteran of more than a decade in South Africa’s gold fields, has seen firsthand how women are sexually harassed as they start their shifts each day. Jammed into a metal cage with other mineworkers as they descend deep below the earth’s surface, there is literally no way out.

From South Africa’s ultra-deep shafts to the vast iron ore pits of Western Australia, the message from the world’s mines is overwhelming. Women are not safe. Local workers across the board are confronted with blatant and normalised racism, often from their expatriate managers. And a pervasively macho culture in the remote camp sites means that bullying is a normal part of the job.

Mining’s toxic culture is no secret. But an explosive report this week from Rio Tinto Group has laid bare the scale and severity of the problem. The world’s biggest mining companies are already under heavy investor scrutiny for their contribution to global emissions — now the disturbing revelations are threatening to open a major new front of investor pressure.

“Senior leaders and boards across the mining industry should also be carefully considering if they should take similar steps,” said Debby Blakey, chief executive officer at the Health Employees Superannuation Trust Australia, which manages A$68 billion in retirement savings for 900 000 workers, more than 80% of whom are women.

“HESTA will be writing to mining companies to understand how they are considering these issues and will seek to engage with senior management and boards on how they are overseeing company culture,” Blakey said.

Investors this week welcomed Rio Tinto’s transparency in publishing its investigation, but said they will press the company and others on the issue. Several said they are likely to push for similar disclosures from other large producers.

Senior executives at big mining companies said they are expecting that scrutiny over the issue could become comparable to the backlashes over environmental disasters or worker deaths that triggered industrywide changes in the past.

Rio Tinto said earlier this week it will implement all the recommendations in the report, which was conducted for the company by former Australian Sex Discrimination Commissioner Elizabeth Broderick. BHP Group, the largest miner, said in a statement that it has extensive training, systems and processes in place to keep improving both the physical and psychological safety of its employees. The company also said that in the last two years it had significantly increased its work to address gender-based and domestic violence.

The Rio Tinto investigation found that more than a quarter of female workers had experienced sexual harassment and almost half of all staff have been victims of bullying. A total of 21 women reported actual or attempted rape or sexual assault at company sites over the past five years.

One person said there was an unofficial list of individual leaders that female employees should avoid having early morning or late night meetings with, the report said. Some of those leaders are still working for Rio Tinto, it said.

But the issue goes beyond Rio Tinto.

“Rio Tinto’s report is only shocking to those who haven’t had the experience of working or living in the sector,” said Patricia Procopio, the president of Women in Mining Brasil who has been in mining for over 30 years. “This is the reality for many of us.”

Sexual harassment in the cages – or elevators – has been a problem for years in South Africa, said Hanlie van Vuuren, head of health and safety at union Solidarity.

Two female mine workers – Boitumelo and Mpho, who asked to be referred to by their first names only – also described harassment in cages during Bloomberg interviews this week. Both said female workers are made to feel unwelcome at mines and targeted to provide sexual favors.

The damning revelations come at a crucial time for an industry long associated with being dirty and dangerous. The modern world is utterly dependent on the materials it produces and the energy transition is impossible without it.

But investors are increasingly demanding more from miners on environmental issues like emissions. And Rio itself was forced to confront governance shortfalls two years ago after it destroyed ancient Aboriginal sites in Australia, sparking an investor backlash and eventually replacing its top leadership.

Clearly mining is not alone in having to face up to widespread sexual harassment or racism. But the way the industry operates can be particularly enabling for offenders.

Many sites, including Rio’s iron ore mines in the Pilbara area of Western Australia, are so remote that workers operate on a “fly-in-fly-out” basis – alternating two to four weeks at the mine and then getting a similar amount of time off to go home or on vacation. Workers live in camp-style accommodation that blurs the line between work and social life.

The industry also has a long history of racism, often exemplified by white expats — especially from mining hotspots such as South Africa, Australia and Canada — managing indigenous workers. Rio’s report contains accounts of normalized racism, from casual slurs to a lack of progression and promotion.

“Racism happens here every day, every week, and it’s not just one person,” said one account in the report. “It’s continuous, it affects your work, it damages people,” said another.

So far there has been no indication from any of Rio’s major rivals that they plan to follow suit with such detailed external investigations and publish the findings. Rio and the other companies point out that they have anti-harassment programs in place and specialised whistle-blower programs.

“Any rate of sexual harassment and everyday sexism is unacceptable. We are committed to holding investee companies to account on such matters,” said Camille Simeon, an investment director at asset manager Abrdn. “We expect that the findings of this report will motivate other boards into action.”

The Australian Council of Superannuation Investors has said investors will monitor Rio’s progress in addressing the report’s recommendations. Argo Investments said it will clearly bring greater attention to the progress on improving these issues via reporting change.

“We have just seen over and over again these companies that have got policies in place, procedures in place, that on the surface it looks like these issues are being managed,” said Kate Turner, a responsible investment specialist at First Sentier Investors. “But then, when you dig below the surface and have reports like these, you come up with a completely different answer.”

Some investors and executives this week, who asked not to be identified discussing private deliberations, drew parallels with the 2019 waste dam collapse that spurred widespread change, especially added transparency, across the industry.

While both investors and management teams consider how best to address a macho culture that has been embedded since the very first days of industrial mining, the women on the frontlines continue to face sexual harassment as part of their everyday lives.

“It’s dark in the cage, sometimes a man just presses on you with his manhood, you think somebody has urinated or masturbated on you, you just feel the wetness after you leave the cage,” said Mpho, the South African miner.

“When you get to the surface, you say ‘Thank God I am safe.’”