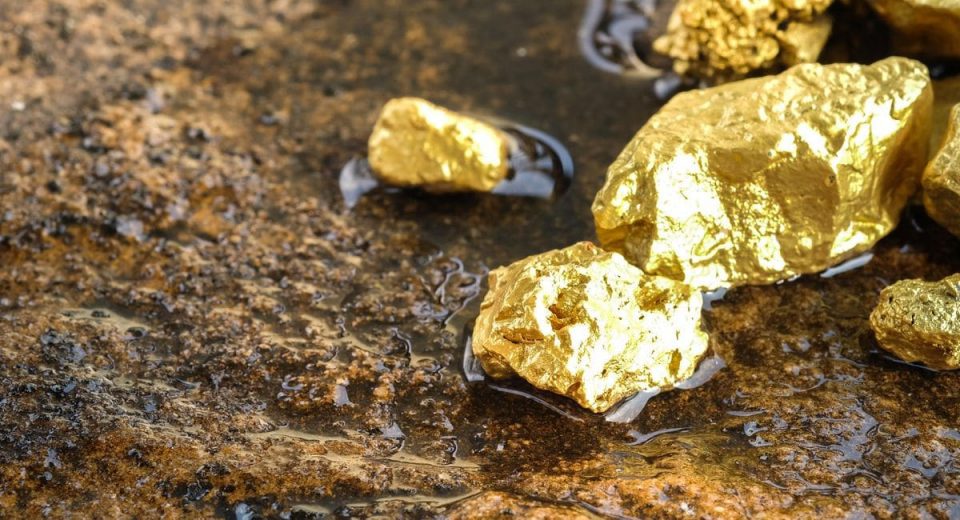 The Minister of Lands and Natural Resources, Mr Samuel Abu Jinapor, has stressed that the government will hold mining companies in the country to the highest standards to provide a safe and healthy regime for mining and its related activities.

That, he said, would ensure that the industry was not only safe but also remained a sustainable venture.

The minister was speaking at the handing over of Golden Star Resources to the Chinese mining firm, Chifeng Jilong Gold, following the acquisition of Golden Star after satisfying requirements under the law.

Chifeng Jilong’s entry is expected to bring value to all stakeholders through the conduct of its operations in an ethical and sustainable manner for the mutual benefit of its host communities, the company and the country.

Mr Jinapor said the government was determined to prevent the tragic Appiatse explosion of January 20, this year that wiped out an entire community from recurring.

He said President Nana Addo Dankwa Akufo-Addo had instituted investigations into the incident, and stressed that after the investigations, the government would diligently implement the necessary recommendations from the various enquiries being undertaken to ensure that mining and its related activities were conducted in a safe and healthy environment.

“Accordingly, the government will hold all mining companies in the country to the highest standards of safety in their operations. It is also committed to making Ghana the mining hub of Africa, where all mine and mine-related activities, from exploration to finished products and from research to innovation, will be centred.

“This industry must be largely indigenous, with strong local content participation and with strict adherence to environmentally sound practices. The government is, therefore, committed to creating the enabling environment and putting in place the necessary measures to ensure that we realise this vision,” he said.

The minister expressed the confidence that the take-over and the new management of the company would help improve the operations and fortunes of Golden Star, for the benefit of the industry, the staff and the country.

The ministry, he said, was informed about Chifeng Jilong’s good track record as a safe and sustainable mine operator, adding: “I am confident that it will bring in the necessary investment to develop this mine to optimise production and release the mine’s full potential.”

“This will be in accordance with Regulation 13 of the Minerals and Mining (Local Content and Local Participation) Regulations, 2020 (L.I. 2431) and pursuant to President Akufo-Addo’s

vision of ensuring that our mineral resources are utilised for the benefit of the good people of Ghana,” he emphasised.

As part of the conditions for taking over the mine, Mr Jinapor indicated that Chifeng had agreed to respect and honour all existing contracts signed by Golden Star Resources, including employment contracts and collective bargaining agreements entered into with employees of the mine.

“Let me assure all the workers and the good people of Wassa that the government will work with the company to ensure that the rights of all employees are protected, and where necessary, appropriate severance packages are paid, in accordance with the laws of our country and the existing collective bargaining agreements,” he told the workers.

The government, he also indicated, had charged Chifeng Jilong to list on the Ghana Stock Exchange, and that Chifeng had also expressed its commitment to implement the community development agreements entered into with the host communities, as well as support the development of the Community Mining Scheme being implemented by the government.

That, Mr Jinapor said, would promote responsible, sustainable, viable and environmentally sound small-scale mining, emphasising that Ghana’s natural resources must be exploited for the benefit of the people of Ghana, who are the true owners of those resources.

“But we cannot do so at the expense of our environment, which our Constitution, in Article 41(k), enjoins all citizens to protect,” he stressed.

The government, he said, had an obligation, under Article 36(9) of the Constitution, to take the necessary measures to protect and safeguard the national environment for posterity.

“It is for this reason that the government is implementing measures to ensure that mining and mine support services are done in a safe and healthy environment,” he explained.

The Chief Executive and President of Chifeng Gold, Mr Tiehe Chen, said as new owners, the company would respect the regulations and demonstrate its commitment to the business and the country.

“We commend the former owners of GSR for the great job towards the establishment of this respectable intentional mine. We will have the honour to carry on the good standard and we will do more to make Wassa a world-class mine and the best in West Africa,” he said.

He commended the staff of the company for their hard work, which had helped keep the mine as one of the best and stressed that the same attitude would be required to sustain its progress.

Mr Chen said the company looked forward to cooperating with government and its regulatory agencies, the communities and other support services that were all important stakeholders, in its quest to ensure the success of its operations.

Announcing the deal completion and what it meant for Wassa, the Vice-President in charge of Support Services, GSR and Managing Director of GSR Wassa Mines, Mr Shaddrack Adjetey Sowah, said the takeover was the new beginning for greater things to come.

He expressed the hope that the new management would maintain the existing cohesion between it and stakeholders to ensure that there was no tension, and that dialogue was employed for peaceful coexistence.

The former Managing Director of GSR, Mr Andrew Wray, said the mining industry was often criticised, and that to ensure successful operations, there was the need for a good relationship with stakeholders — communities, allied groups and the government — which was one of the main ways of managing the criticisms and expectations.

He said the Wassa Mine remained one of the lucrative mines in the country and urged members of the new team to work hard to ensure that the best was uncapped for the country.

Pursuant to the Arrangement Agreement, Chifeng, through Chijin and the assignee, acquired all of the issued and outstanding common shares of Golden Star for $3.91 per share in cash (as of October 31, 2021), which equated to a transaction value of approximately $470 million on a fully diluted, in-the-money basis.

The Wassa Mine, which covers a surface area of approximately 52.89 square kilometres and has been in operation for many years, originally operated as a small-scale mining site until Satellite Goldfields Limited acquired it in 1993, before transferring its interest to Golden Star in 2002.

As of the end of 2020, Golden Star had produced about 2.4 million ounces (oz) of gold since its acquisition.

With an additional 11 years of mine life, the mine has the potential to produce about one million ounces of gold over a six-year period, with the right investment.