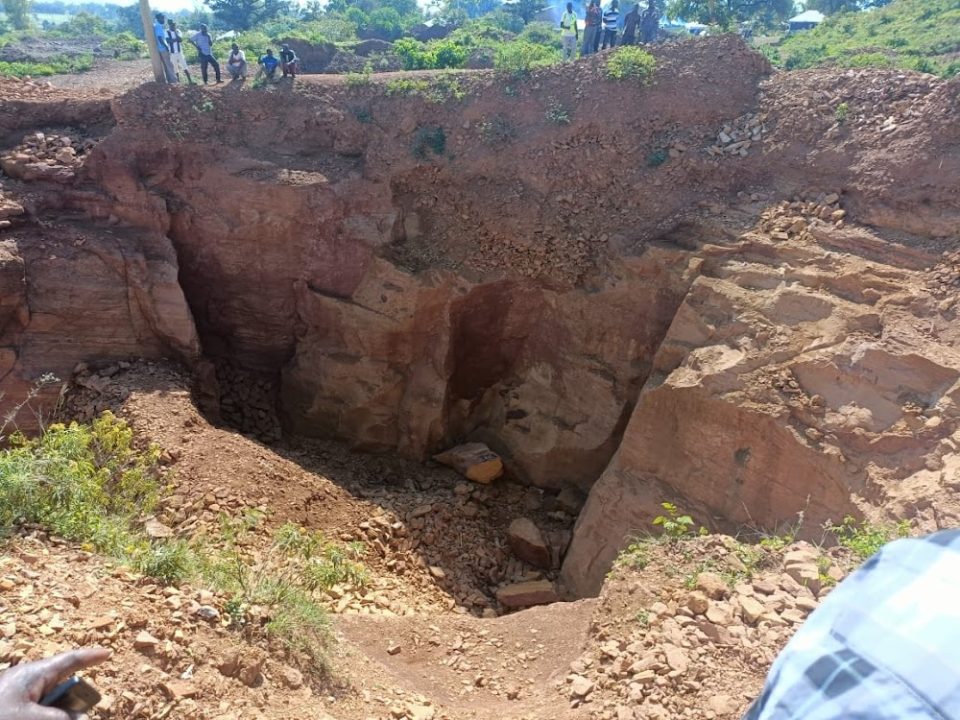 A 35-year-old miner was killed in a quarry at Siburi village in the Karachuonyo constituency, Homa Bay county.

Joseph Otieno died on Friday evening when he was mining stones in the Raroki quarry.

It is reported that Otieno left home in the morning with intention of carving stones for sale.

He first entered the quarry, stood at the basement and began hitting a big stone whose weight is approximated to be about 300kg using a metallic rod.

It is while hitting the joints of the big stone to remove it that the tragedy struck.

He attempted to dodge the stone from falling on him but his legs were hit by a smaller stone rendering him mobile. He was in consequence hit by the bigger stone.

Those who were working in a nearby quarry rushed to witness what had happened upon hearing the bang of a fallen stone.

On arrival, at the scene, they found the bigger stone too heavy for them to rescue Otieno.

“Those who were with him tried to rescue him but they were unable to remove the bigger stone because of its weight,” Sindala said.

Speaking over the matter on Sunday, Sindala said the miners raised alarm to the area residents who also failed to rescue him.

It forced the residents to break the big stone into three pieces using a harmer to remove Otieno’s body.

The administrator urged residents to be careful when carving stones.

He said there is need for the county government to ensure safety measures in the mining site.

“This site is the main source of livelihood for residents of this village. It is also a source of revenue for the county government. The county should consider how to implement policies that ensures the safety of the miners,” Sindala said.

The body was moved to Kendu Adventist Hospital Mortuary.