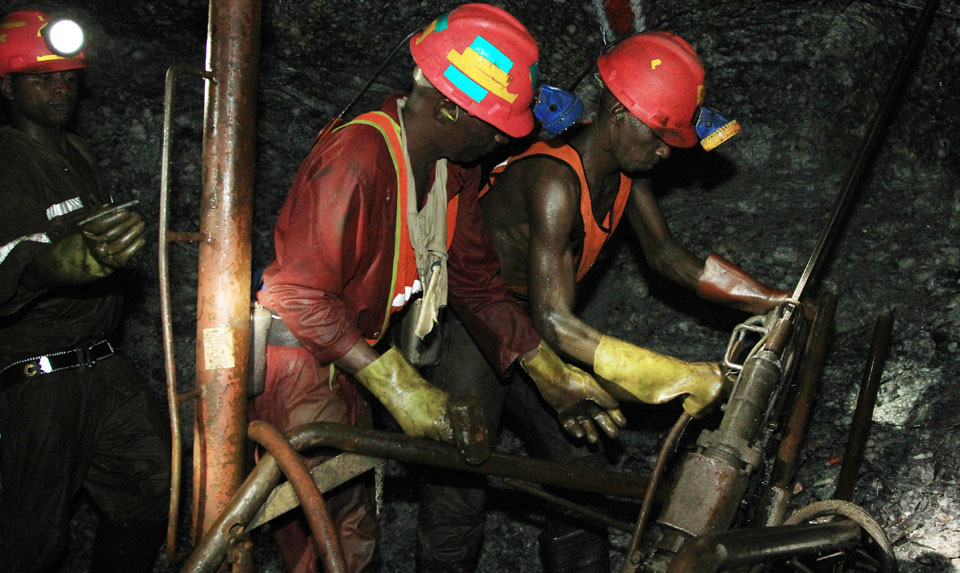 The Ghana Mineworkers Union has renewed its call for the effective implementation of the Mineral Development Fund to respond to the concerns of deprivation and underdevelopment in mining communities.

The Union believed that the full realization of the Fund would be felt when the current lopsided sharing model was changed, and the capping of the Fund was exempted from the scope of the Earmarked Funds Capping and Realignment Act 2017 (Act 947).

This was in a statement by Mr Abdul-Moomin Gbana, the General Secretary of the Union at this year’s  National Executive Council meeting copied to the Ghana News Agency in Accra.

Mr Gbana said given the lopsided sharing model of the country’s mineral royalties, there was no gainsaying that the infrastructural development efforts of mining communities could never be achieved if nothing drastic was done about the current arrangement.

“We renew our call for the current 20 per cent share of annual mineral royalties allocated to the Mineral Development Fund to be increased to at least 50 per cent .

Additionally, we expect that at least 50 per cent of the revised 50 per cent allocation to the MDF would be directed into mining community development,” he said.

Gold price since the beginning of this year has maintained relative stability at a little over $1800 per ounce.

The World Gold Council has posited that “Gold has been on a generally positive trend for the past few years”.

Mr Gbana said given the unprecedented surge in gold price and the gains made in mining companies in 2021, it was expected that mining companies would take strategic advantage of the price increase to invest in modern infrastructure and expand existing ones, increase production, and intensify exploration activities.

He expressed concern about the spate of insecurity in some of the mining companies, urging the Government through the Ministry of Lands and Natural Resources to take immediate steps to provide complementary security to these mining companies, particularly Newmont Ahafo considering the rampant incidence of attacks on the Ahafo concession.

He appealed to the authorities to address issues of gradual decline in the decent work gains achieved over the years in pursuit of supernormal profit strategies.

A recent study conducted by the Ghana Mineworkers’ Union, revealed that for every increase in non-standard forms of employment, there is a corresponding decrease in standard employment or permanent employment in the sector.

The study further revealed that for every standard worker who exited the company from 2016, the same role is replaced with a non-standard worker.

Workers in these non-standard forms of employment are required to perform the same task and in some cases additional tasks but are put on relatively inferior employment conditions including but not limited to reduced salaries and reduced pensions.

Mr Gbana urged the Ministry of Lands and Natural Resources to take keen interest by intervening with favourable policies and programmes that would provide some respite to these local entities.

“The Government must Increase its stake in Mining Companies and create an enabling environment for the active participation of Indigenous companies in the Mining space,” he said.

Mr Mensah Kwarko Gyakari, the National Chairman of the Union, called for unity in the mining industry devoid of statement that mining was reserved for indigenes in a particular area.

Change of Management at BEUMER Group: Innovation from tradition