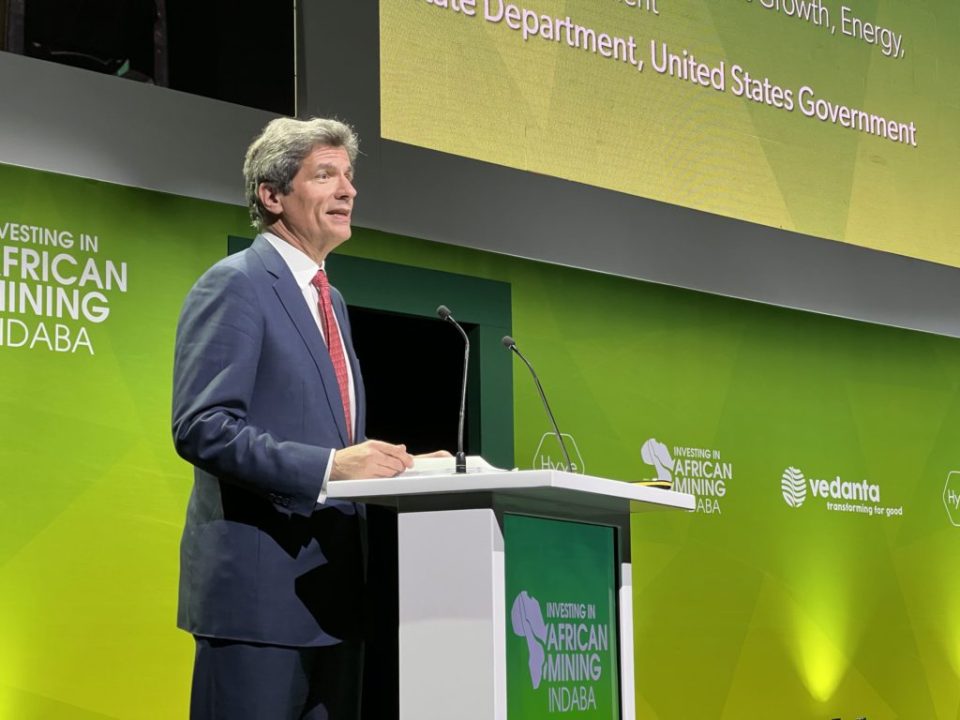 The US undersecretary for economic growth, energy and the environment, Jose W. Fernandez, said any energy policy that warms our planet simply could not continue.

“We also know that moving to a clean energy transition will not happen overnight. In some cases where carbon-neutral options are unavailable, engagement on natural gas projects, abated to the fullest degree possible, may be necessary,” he said.

The US has singled out a more efficient electricity supply as one of its top foreign policy priorities for Africa. This goes in parallel with the continent navigating a just and inclusive clean energy transition, leading to economic growth and prosperity; building robust, sustainable, and transparent supply chains for critical minerals in support of the clean energy transition; and improving the financial and regulatory environment in the sector and promoting transparent and accountable natural resource management.

For this reason, the Obama-administration-era Power Africa program, administered by USAID, has supported the development of more than 5,700 megawatts of new generation capacity since 2013. According to USAID data, it’s targeting adding more than 30,000 megawatts of output by 2030, sufficient to power 60 million homes and businesses.

Among the projects Fernandez highlighted is the Mega Solar initiative in Namibia and Botswana, which will facilitate the procurement of as many as 5,000 MW of renewable energy, according to Fernandez.

Power Africa has been ramping up activity. In April, it launched a new public and private partnership seeking to electrify an additional 10,000 health care facilities in sub-Saharan Africa within the next decade.

Fernandez also highlighted an initiative called Prosper Africa, which was announced by the Trump administration seeking to connect American and African businesses. The US government uses this initiative to push Africa toward cleaner energy.

It has helped facilitate a $2.1 billion solar project in Angola led by US developer Sun Africa, and a $3.5 billion refinery built by a consortium led by Quanten LLC. Fernandez said that the latter would produce 100,000 barrels of refined fuel products a day that conform to the Euro 5 emissions standard.

Fernandez also cautioned that government initiatives would probably be insufficient to address Africa’s energy needs, and the private sector would have to push progress forward.

‘Race to the top’

Regarding US foreign policy, Fernandez said the US was not opposed to China investing in Africa as long as the investments were centred on upholding human rights, democracy, and creating jobs for locals, he told a press briefing.

“Our policy is not to ask our partners to choose between the US and the People’s Republic of China. We’re not doing that.

“We believe that we offer an alternative vision for economic development that more sustainably promotes democratic governance, respect for human rights, and transparency. And we keep talking about the word ‘sustainable,’ meaning more sustainably serving the long-term interests of the people here in Africa,” he said.

“I’m here because African countries are important partners in pursuing shared global and regional priorities – from ending the covid-19 pandemic and building back to a more inclusive global economy to meeting the climate challenge and building resilience. We are encouraged by seeing many African countries creating opportunities in clean energy, advancing democracy, promoting respect for human rights, and working toward lasting peace and security,” he said.

Fernandez emphasized that the US was not “in a race to the bottom” to undercut China and other investors by sacrificing standards in quality, safety, and wages. “Here in Africa, we propose to do it by creating a race to the top in terms of environmental, social, and governance,” he said.

“What African governments want is for all investments, including Chinese investments, to respect local laws and local interests, to follow human rights, including worker rights, and protection for the environment,” he said.

The US government underlined that successful business relationships need predictable regulatory and legal environments, whether private or public. “Governments will need to enable investments through reforms, and companies will need to manage and pursue business plans that drive the energy transition while still taking on reasonable levels of risk themselves.”

Investors are rushing back into Africa’s copper country