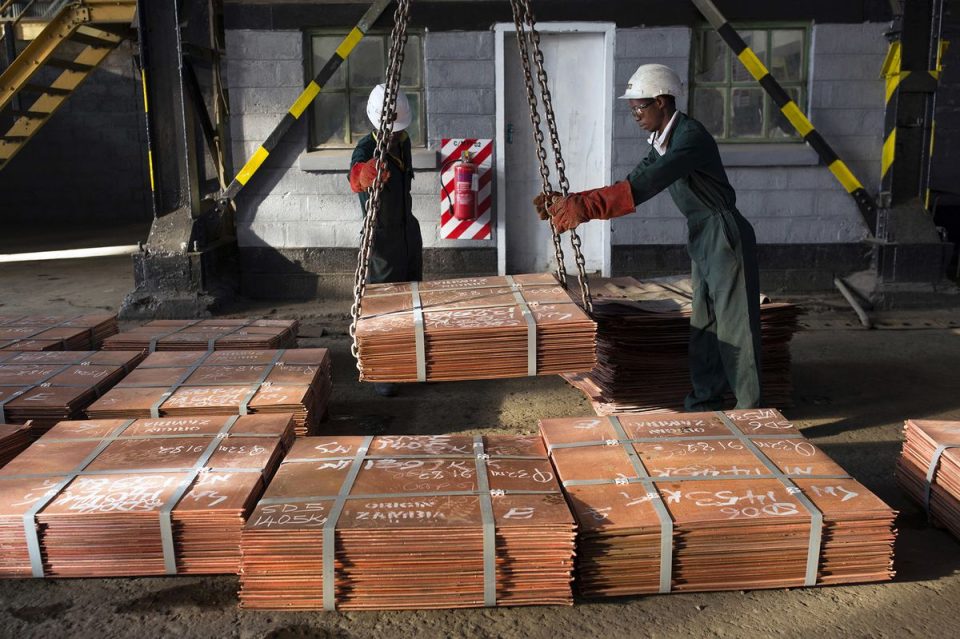 Mining investors are stampeding back into a region many had seemed determined to leave.

Straddling the border of Zambia and the Democratic Republic of Congo, a vast forested area roughly the size of Portugal contains one of the world’s richest caches of minerals: copper for wires and cables, and cobalt for rechargeable batteries. At the intersection of the two African nations, trucks queue for about 53 kilometers (33 miles) along a cratered road snaking past giant mounds of mining residue and villagers selling stacks of watermelons — most of them carrying metals vital to the global energy transition.

But despite the lucrative resources, western mining companies have for years put more effort into trying to get out of, than into, the central African copperbelt, increasingly frustrated by a litany of policy u-turns and cash grabs.

Suddenly that’s no longer the case.

Existing investors are doubling down, and others — like giant BHP Group — are sniffing around the region for the first time in years. First Quantum Minerals Ltd. finally approved a billion-dollar expansion in Zambia, while Barrick Gold Corp., which considered selling its Zambian mine and is an outspoken critic of the Congolese government, is hunting for new projects in both countries. Anglo American Plc announced a new joint venture in Zambia on Thursday. 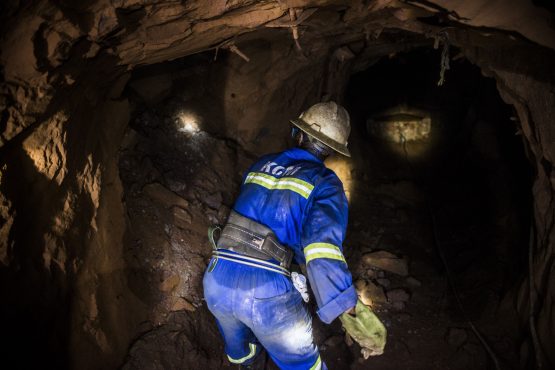 A miner works during copper ore excavations in an underground tunnel at the Nchanga copper mine in Chingola, Zambia. Photographer: Waldo Swiegers/Bloomberg

What’s changed? In Zambia, new President Hakainde Hichilema is going out of his way to woo investors and repair relations damaged by his predecessor. He says he wants to triple copper output in the next decade, an ambitious target that would require $30 billion of investments, according to analysts at BMO Capital Markets.

More broadly, there’s a growing awareness that copper and cobalt are central to the world’s shift toward renewable energy, and security of supply will become crucial in the coming decades. The global copper market is already tight and new mines are difficult to find. In cobalt, Congo is so dominant that it’s impossible to ignore.

At the same time, other copper-rich countries like Peru and especially Chile — long viewed by the industry as a “safe” place to build — are looking less friendly.

“You can’t ask people to invest in your country without giving them comfort,” Barrick Chief Executive Officer Mark Bristow said in an interview. “Money is a very panicky commodity and it runs away quickly from stress.”

While most US, European and Australian mining companies backed away from the copperbelt over the last decade — Glencore Plc is the one major exception that has invested heavily in two giant Congolese copper and cobalt mines — China’s resource giants have dug in. A worker sprays down copper cathode at the Kamoto Copper Companys mine and processing plant in Kolwezi, Congo. Photographer: Thomas Biesheuvel/Bloomberg

That’s nowhere more apparent than the Congolese city of Kolwezi, which owes its very existence to mining — founded in the 1930s to exploit the giant mineral deposits.

On a drive through its main street today, the cultural influence is everywhere: billboards for Zijin cement sit on nearly every corner, while Chinese karaoke bars and casinos flank the road.

Now, other mining companies are again increasing their presence and activity. In Congo, a new mine spearheaded by billionaire Robert Friedland is rapidly ramping up production under a plan that would make it the world’s third-largest producer by 2024. BHP, the world’s biggest mining company, has held talks about buying into another of Friedland’s Congo copper projects that neighbors the new Kamoa-Kakula mine, Bloomberg reported last year.

The African copperbelt and its role in supplying critical minerals is also getting increased attention at a government level. US Under Secretary for Economic Growth, Energy and the Environment Jose W. Fernandez traveled this week to speak at the annual gathering of the continent’s mining industry in Cape Town, where critical mineral supply chains formed a central theme of his remarks. His next stop: two days in the Zambian capital to meet with Hichilema. 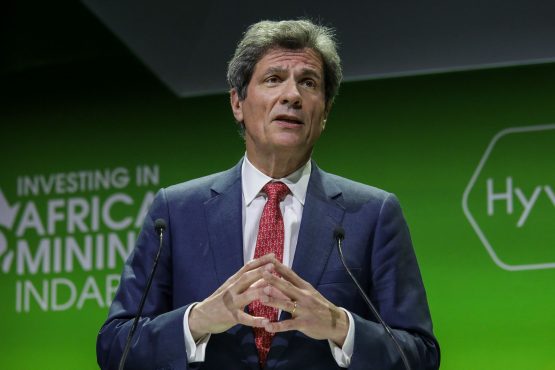 Jose W. Fernandez, at the Investing in African Mining Indaba in Cape Town, South Africa, on May 10. Photographer: Dwayne Senior/Bloomberg

Zambia will need to attract as much as $180 million yearly in searching for and proving new reserves alone if it is to reach the government’s ambitious production targets, Sokwani Chilembo, chief executive at the country’s mines lobby group, said in an interview last week.

The increase in copper prices over the past few years is “the major tailwind,” he said. “It really has given everyone’s ambitions a boost.

The country is making a concerted effort across agencies and departments to provide an attractive environment for investors, Finance Minister Situmbeko Musokotwane said in an interview in his Lusaka office on May 5.

The government sees copper as “the new oil” and wants to benefit from the growing demand for electrification in the way that oil-rich countries capitalised on energy booms, he said. That means growing production levels.

“The oil of Zambia — namely copper — is going to bring the benefits that we’ve seen elsewhere,” Musokotwane said. “Of course, it’s our responsibility that when this money comes through, it must be used properly.”