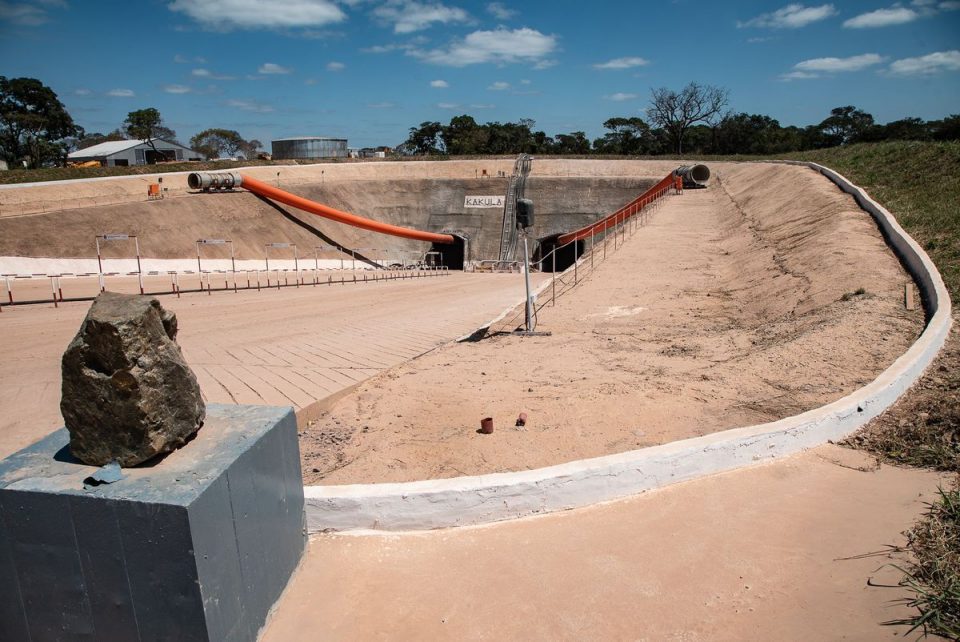 The mining industry is promoting a growing number of metals as green. The label is popping up everywhere: on the landing pages of company websites, in speeches from mining executives at conferences, and in pitch meetings with investors.

“Every nickel project is now green, every copper project is green,” said Doug Pollitt, analyst with Pollitt & Co. “The resource sector is making the most out of this.”

The green moniker, which implies the metals and mining methods are environmentally friendly, is generating fierce debate. Some call it appropriate, given the growing end use of minerals such as lithium, cobalt and graphite in alternative energy. Others, factoring in the full life cycle of metals from the ground to the customer, deem the framing deceptive and misleading.

“A lot of marketing fluff,” is what Mr. Pollitt calls it.

The green theme is being driven by the rage for environmentally and socially responsible investments, which experts say has put pressure on miners to improve their environmental footprints.

“Like every other industry, mining has to paint itself in an ESG cloth right now,” said Rick Rule, former CEO of Sprott U.S. Holdings, and a natural-resources investor. “ESG is part of the cost of capital.”

One of the earliest mentions of green metals came from mining executive Robert Friedland, founder of copper miner Ivanhoe Mines Ltd. In 2004, he referred to platinum, copper and nickel as green because of their growing use in hybrid cars.

He currently uses the term to promote his latest big-ticket venture, Ivanhoe’s newly constructed Kamoa-Kakula copper mine in the Democratic Republic of the Congo (DRC), which he has said is one of the greenest in the industry, in part because Kamoa-Kakula’s electricity is sourced from clean hydro power.

Ivanhoe has also pledged to use an electric or hydrogen-powered mining fleet to further cut on-site emissions. Mr. Friedland declined to be interviewed for this story.

Teck Resources Ltd. , which gets the biggest percentage of its revenue from mining metallurgical coal, is also marketing itself more and more as a green miner. That’s partly because of Teck’s growing exposure to copper, which is increasingly used in alterative energy.

“This strategy is anchored by our QB2 copper project in Chile, which is expected to double our consolidated copper production by 2023,” Teck spokesperson Chris Stannell wrote in an e-mail to The Globe and Mail.

But once the copper industry’s emissions from mining, refining and transporting the metal are factored in, the green label becomes more tenuous.

Samuel Julio Friedmann, senior research scholar at the centre on global energy policy at Columbia University, who wrote energy briefs for former U.S. president Barack Obama, said that referring to an industrial metal such as copper as green is problematic. That’s not only because of the damaging environmental effects of mining, but also because only a small part of demand for copper ends up in alternative-energy uses.

According to a 2020 World Bank report, a mere 7 per cent of the overall demand for copper will go into renewable energy technologies and energy storage by 2050.

In fact, many metals that are being characterized as green, such as nickel, could as easily be called “dirty,” he said.

The World Bank study said that many of the growing green-power technologies, such as wind, solar and battery-storage plants, require significantly more minerals than fossil-fuel-powered plants during their construction phases. That means much more CO2 is emitted at the beginning of a green-power plant’s life cycle. The good news is that once alternative-energy power plants are actually in operation, their drastically lower carbon emissions, compared with coal or gas, quickly turn the tide.

“Even if low-carbon technologies are more mineral intensive, they only account for a fraction (6 per cent) of emissions generated by fossil-fuel technologies,” the World Bank report said.

Electric cars, too, are not nearly as green as one might assume. For instance, according to a recent report from the investment bank Jefferies Group, the average electric car must be driven for 200,000 kilometres to deliver total “whole-of-life” emissions that are lower than internal-combustion-powered cars. That’s because EVs are typically heavier than gas-powered cars, requiring greater amounts of steel, aluminum and copper, and also vast amounts of lithium for their batteries.

Metals that have the most widespread green-energy applications include cobalt, lithium and graphite, with demand projected to rise by more than 460 per cent, 490 per cent and 495 per cent, respectively, by 2050. However, the countries that dominate the production of metals used in low-carbon energy also have some of the worst environmental records.

China produces nearly 70 per cent of the world’s natural graphite, while the DRC produces more than 60 per cent of the world’s cobalt. It wasn’t that long ago that parts of the DRC had no environmental standards on dust and diesel emissions at all, said Mr. Rule. The West African country also has hundreds of thousands of artisanal miners, many operating illegally with no environmental oversight.

While standards have improved considerably in recent years in the DRC – and Mr. Rule points in particular to Ivanhoe Mines, whose new copper mine in the country was built to Western standards – a lot more needs to be done.

“You will still have mining operations in frontier emerging and totalitarian countries which don’t meet anywhere close to acceptable standards,” he said.

Globally the mining industry is making considerable strides to improve its environmental footprint, often because investors are demanding it. Thermal-coal companies have for some people become no-go investments, and companies are worried that more minerals may join the black list.

Largely by dint of abundant hydroelectricity, Canada is ahead of many countries when it comes to a greener mining infrastructure. “The nickel and cobalt that we export to the world is in the top decile when it comes to lowest greenhouse-gas intensity,” said Pierre Gratton, CEO of the Mining Association of Canada.

“If you buy our nickel, it’s greener than 90 per cent of the rest of the world’s nickel from a carbon standpoint because it’s processed in facilities that are powered by non-greenhouse-gas-emitting power stations in Ontario and Quebec largely.” The same is true for Quebec’s aluminum industry and some of British Columbia’s copper mines.

Still, Canada has its black spots. A number of the country’s biggest base-metals mines, including Voisey’s Bay in Labrador and Raglan in northern Quebec, are largely dependent on diesel generators for power. Mr. Gratton is hopeful that industry and government can work together to build new hydro infrastructure that may eventually connect such mines to the grid.

Meantime, on mine sites, electric hauling trucks are expected to become more prevalent in the future, especially underground, said Mr. Gratton, which will further cut emissions.

No matter what progress is made, a degree of negative environmental impact is inevitable in mining. But for those who protest the loudest at the damage inflicted by the industry, Dr. Friedmann said they would do well to take a look in the mirror.

“It’s silly for companies to try to rebrand themselves as green when most of their products and operations are hard to classify that way,” he said.

“But I think it’s equally silly for some environmental groups to paint these people as demons, when [environmentalists] are driving in these electrical vehicles that are built on their products. There’s no shortage of hypocrisy and silliness in this discussion.”