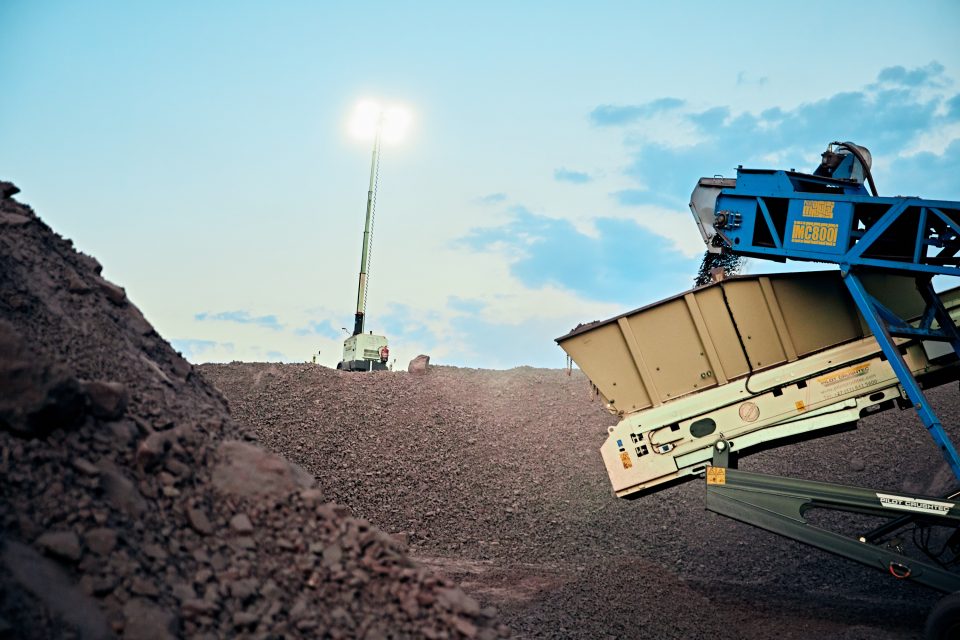 Pilot Crushtec has enjoyed considerable success with its Generac mobile tower lights since introducing them to the South African market more than a decade ago. The tower lights have found favour with customers across a range of industries, particularly mining and construction, and units are now operating throughout the southern African region, as far north as the DRC.

“Pilot Crushtec, of course, is best known for its comprehensive range of crushing and screening solutions,” says Fernando Abelho, export manager at the company. “We introduced the tower lights as a diversification from our main product lines and we’ve never regretted the decision. We’ve notched up truly impressive sales, many of them repeat orders from very satisfied customers.”

Abelho cites the case of a leading civils, mining and drilling contracting company which bought its first units about four years ago after having been disappointed in the performance of a competitor brand. “The latest order from this particular customer has resulted in the company now having 27 Generac machines in its fleet, many of them operating in remote areas within our region under very tough conditions where they’ve proved their reliability and durability,” he says.

When it decided to add tower lights to its product range, Pilot Crushtec concluded a partnering agreement with Tower Light Srl, headquartered near Milan in Italy, one of Europe’s most successful tower light manufacturers. This company has since been acquired by US-based Generac but Pilot Crushtec is still supplied from the Italian factory.

“The quality for which Tower Light Srl was renowned has continued under Generac which has further developed what was already an outstanding product range,” says Abelho. “The Generac diesel-powered tower light is a truly premium product which is very compact, ultra-safe to use and extremely economic to operate. The attention to detail can be seen everywhere in the machine. The electrical wiring, for example, is all fully sleeved and neatly organised while the all-in-one control panel has been developed by Generac specifically for use in light towers. In addition, all the units come with liquid containment tanks to prevent environmental contamination.”

While Generac has a very extensive range of tower lights, Pilot Crushtec focuses on a single model, the VTevo, available in two variants, one equipped with a Kubota water-cooled engine and the other with a Yanmar air-cooled engine. Standard features on both machines include an earth spike, a 4 kg fire extinguisher and the necessary switchgear to allow connection to a mains electrical supply when available. A low-speed, single axis towing trailer allows a high degree of mobility on site.

“The two variants both offer 4 x 320 W energy-saving LED floodlights, able to illuminate an area of up to 4 500 m2,” says Abelho. “The VTevo-Kubota, however, has some additional features that the VTevo-Yanmar lacks. These include a day/night sensor and a GTL-01 controller which provides a programmable stop/start, maintenance alarms and additional safety and protection features.

“We find that some customers prefer the lower spec VTevo-Yanmar as it is more competitively priced and they feel they don’t need any high-tech features. Many others though opt for the VTevo-Kubota. They find the programmable stop/start in particular to be indispensable and a great time-saver.”

Other noteworthy features of the VTevo that Abelho points to are its use of a telescopic vertical raise mast (with 8 m maximum height), which is safer than alternative designs; 340 degrees of mast rotation; two side doors to the engine compartment for ease of maintenance; and forklift pockets on all sides to facilitate handling. He adds that the machines have a silenced canopy for ultra-quiet operation.

Finally, Abelho also stresses the energy saving aspects of the VTevo. “The G4 LEDs used are industry-leading and have a life expectancy of 50 000 hours. They allow up to 220 hours of runtime on a single tank of fuel. Their efficiency is such that they can save up to 75 % of the fuel that traditional towers equipped with metal halide lights use, at the same reducing carbon emissions by up to 10 tonnes per year. We believe that the VTevo is the most eco-friendly lighting tower ever created.”