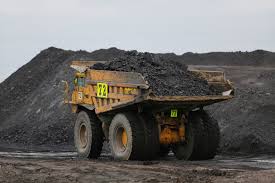 Consol Energy’s effort to push rival coal company Murray Energy into liquidation is aimed at shuttering mines and reducing output in an oversupplied industry, according to the largest US coal miners’ union.

“Liquidation plays to the benefit of all the competitors in the region,” United Mine Workers of America president Cecil Roberts said during an online news conference Thursday.

Murray, America’s biggest privately held coal producer, filed for Chapter 11 protection in October. Last week, Consol petitioned the court to convert the case to Chapter 7, a liquidation. Putting mines up for sale piecemeal would likely result in some being acquired primarily to take over their existing sales contracts, then closed, Roberts said.

A new owner, which may include Consol, “would take orders and fill them from their other mines,” he said.

Consol disputed the notion that it has “ulterior motives”.

“We are preserving our rights and interests in these complicated court proceedings to ensure the jobs and livelihoods of our nearly 2 000 miners,” a spokesman for the company said by email.

Roberts was speaking mainly about five mines Murray acquired from Consol in 2013 that now employ about 2,000 union workers, though other Murray mines could also face the same fate under Chapter 7.