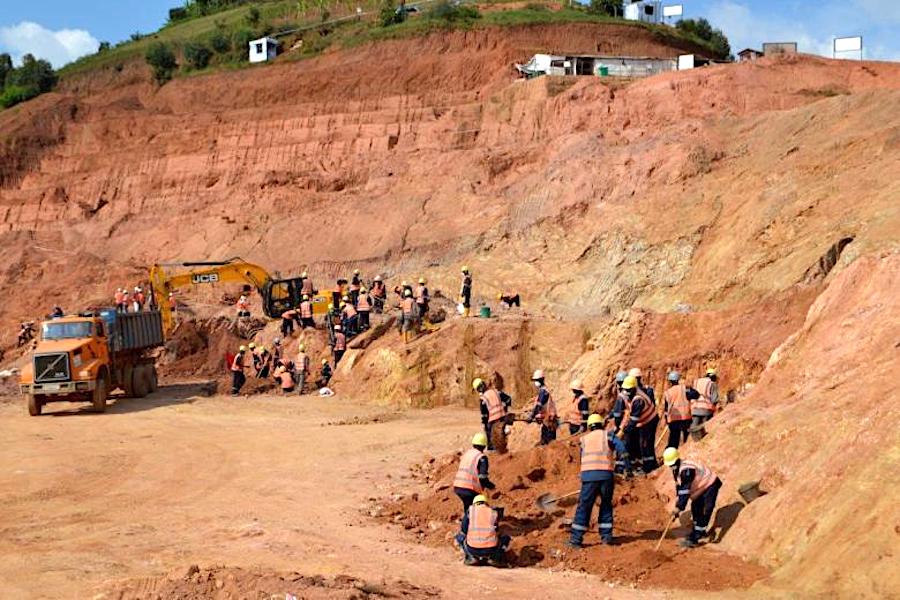 As part of the agreement, Rainbow will pay Bosveld $750,000 in cash and share in three equal tranches over twelve months.

The partners will develop and process rare earth elements from the gypsum contained in two stacks at the project site, they said.Once a pre-feasibility study is completed, Rainbow will hold 70% of the project and Bosveld the remaining 30%.

“This joint venture positions Rainbow as the only REE producer with both country and project diversification,” chief executive George Benner said in the statement.

The Phalaborwa project is fully permitted and initial reports suggest low levels of radioactivity, similar to those seen at Rainbow’s Gakara project, in Burundi.

Rainbow Rare Earths has also been exploring in Zimbabwe over the past year, particularly around the Kapfrugwa deposit (also known as Gungwa), which was flagged by the US Geological Survey as potentially hosting cerium and lanthanum.

The strategic importance of rare earths, a group of 17 minerals used in everything from high-tech consumer electronics to military equipment, has increased amid fears that top producer China will restrict supply to the United States as a retaliatory measure for tariffs imposed by Washington earlier this year.

Despite their name, rare earths are not rare. According to the United States Geological Survey (USGS), they are roughly as common as copper. But, because rare earth ores oxidize quickly, extracting them is both difficult and extremely polluting.

China currently accounts for 70% of global production, but has lately reduced domestic production as the government cracks down on illegal mining and pollution.

Over the past year, the Trump administration has stepped up efforts to ensure the supply of critical minerals from outside China.

The White House has signed agreements with Canada and Australia, among other nations, to secure the supply of minerals needed for electric vehicles (EVs), green technologies, and military applications.

Last year, the White House ordered the Defence Department to boost production of rare-earth magnets used in consumer electronics, military hardware and medical research, amid concerns China would restrict exports of the products as trade tensions between the countries grew.

Last month, Trump signed an executive order declaring a national emergency in the mining industry. The move sought mainly to curb the country’s reliance on rare earths imports in a bid to end China’s control of the market.

The US is not alone in its quest to reduce reliance on foreign producers. In September, the European Union stepped up its efforts to become less dependent on imported raw materials, including rare earths and, for the first time, lithium.