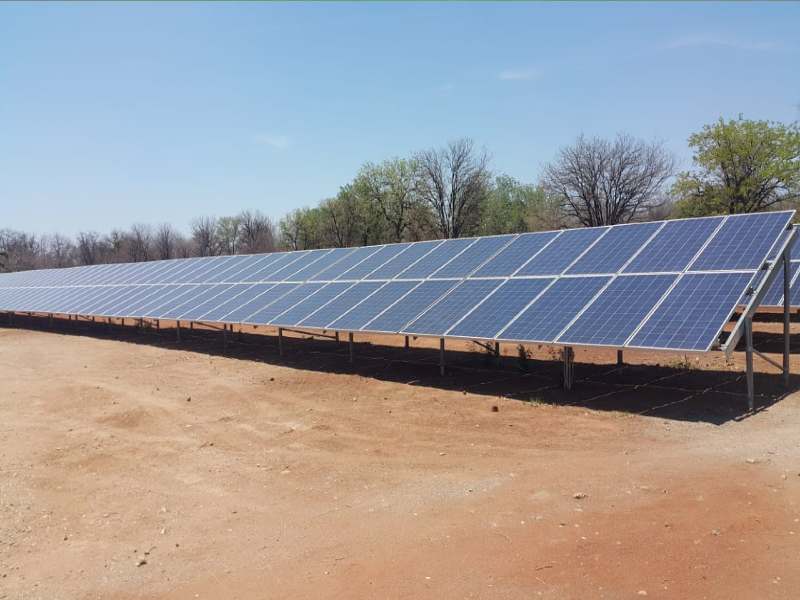 South African mining firm Exxaro Resources Limited is set to power its operations at the Grootegeluk Complex, a coal mine in Limpopo Province, South Africa, with solar energy.

Cennergi, a subsidiary of Exxaro, has signed a power purchase agreement with Exxaro Coal, operators of Grootegeluk, to develop the 70MW Lephalale Solar Energy project.

The project will provide clean electricity to power the operations at the mine for energy security, sustainability purposes, to achieve energy savings, and to reduce carbon emissions, according to a statement.

Roland Tatnall, Exxaro’s MD for Energy, said: “We are pleased to announce that Exxaro Coal and Cennergi have concluded a term sheet setting out material terms upon which the PPA will be concluded.

“This is a significant strategy development milestone, which constitutes a major step towards implementing Exxaro’s decarbonisation plans and progress in the Just Transition journey, as well as positively contributing to its environmental, social and governance goals.”

Exxaro says it started its clean energy journey in 2009 when the company invested in independent power producer Cennergi, a 50:50 joint venture with Tata Power then, before acquiring Tata Power’s stake in 2020.

Exxaro CEO, Mxolisi Mgojo, added that the project is part of efforts by the company to address the challenge of “climate change, a global problem which is currently disrupting livelihoods and has the potential to impact negatively on future generations. We have long understood the need to balance the country’s social and economic development, which relies on coal-generated power, with the need to support the transition towards a low-carbon economy to reduce carbon emissions and the harmful impacts of climate change.”

Cennergi is researching and deploying renewable energy solutions to decarbonise the South African mining sector as part of the company’s Powering a Clean World.

In 2016, commissioned two wind projects in the Eastern Cape province of South Africa that contribute 229MW of renewable energy to the national grid.

In Africa, it takes more than a weeklong, quasi-coup to knock mining off its stride