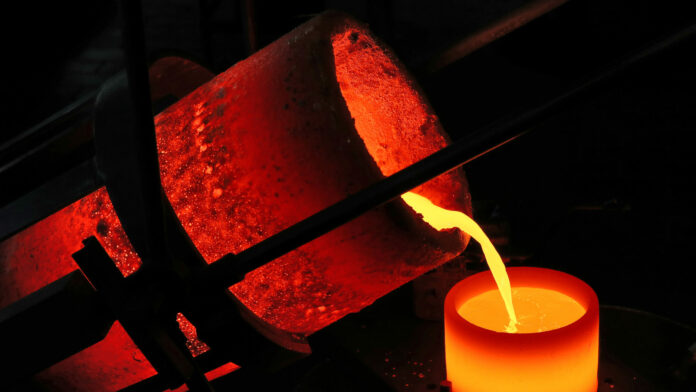 GOLD has been mined in South Africa for about 140 years. Now, the maturity of the resources are beginning to show. It’s costly and risky accessing the deeper levels of economic resources, and it requires labour intensive mining practices. Wage and electricity inflation are also heaping pressure on the industry.

Those still involved in South Africa, such as Harmony Gold and Gold Fields, as well as some smaller participants such as Pan African Resources, are increasingly turning to re-mining surface tailings or investing in new technology in the hope that millions of extant gold resources tucked away in the earth’s deeper recesses, can one day be accessed. But it’s an aspiration complicated by ‘ifs’ and ‘buts’, especially now.

That opens the question of where to next for South Africa’s gold miners? Some have chosen to internationalise further, but a logical move would be into Africa. Yet there’s reticence, notwithstanding the familiarity South Africans have with West and East African gold mining conditions. (Gold Fields derives about a third of its gold production from Ghana. AngloGold Ashanti also mines in Ghana as well as in Tanzania and Guinea.)

As demonstrated by the recent coup in Guinea, West Africa – a magnet for investment in the past (it attracts the third most exploration dollars after North America and Australia) – the region’s politics are hard to call.

“Africa is demonstrating some of the highest resource risks, and political instability has continued to rise,” Chris Griffith, CEO of Gold Fields, told the Joburg Indaba conference in October. “There is great potential but there’s a flight to lower risk areas,” he said.

Griffith outlined an additional problem. Despite producing world comparable production metrics, gold mining company ratings are lower if they are in Africa. “That is something myself and Peter (Steenkamp, CEO of Harmony Gold) as CEOs will worry about,” he said.

Steenkamp said Harmony was interested in growing its resource base in Africa through mergers and acquisitions. That was in 2016. He recently acknowledged it has proved too expensive and was instead linked with a bid for Australian mines instead.

So with Africa offering more risk than in the past, and with South Africa refusing to open its doors to new capital, what hope there is for South African gold’s future is based on some of the technological innovations Harmony is using.

“One of the biggest incremental improvements in shift systems is tracking and finding people so we know where they are,” said Harmony’s Steenkamp. It means bottlenecks can be identified which makes mining more productive and, potentially, safer.

This could pave the way for the extension of Harmony’s existing resources such as its Moab Khotsong mine on the West Rand. It recently announced new projects of R7.8bn aimed at sustaining gold production. But even an optimist like Steenkamp has to accept the trajectory for South African gold is down. “We hope to keep producing at 1.4 million ounces a year but we’ll be at one million ounces by 2030,” he said.

Gold Fields has in its South Deep mine a resource of between 30 and 40 years. Whilst South Deep’s past record has been spotty – it lost money for Gold Fields for years – Griffith thinks the firm has turned the corner, partly because there’s a growing understanding of what’s required to operate a bulk, deep-level, mechanised mining methodology.

Such practices won’t help the traditionally ‘narrow reef’ resources of South Africa’s older mines, according to Griffith but there’s at least some hope South Deep – possibly the last treasure to be yielded up by the Witwatersrand Basin – will keep the flag flying for South African gold for a few more decades.

Implats to invest R10 billion in Limpopo and Zimbabwe mines