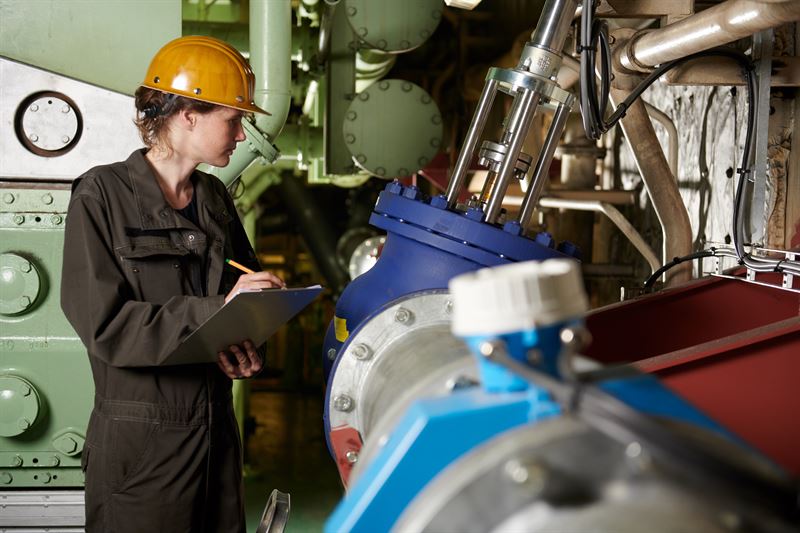 “SKF BlueSonic BWMS complies with IMO requirements and USCG regulations as standard”, says Olaf Streich, SKF’s Technical Director of Ballast Water Management Systems. “With a single operating mode for all territories, the system is easy to use, and compliance risks are minimised.”

SKF BlueSonic BWMS treats ballast water to prevent invasive species such as microbes being transferred from one shipping region to another. It works more efficiently than competing systems because the disinfection system operates continuously. At the same time, it offers better environmental performance because it uses no harsh chemicals.

These types of systems normally use ultraviolet (UV) lamps to treat the ballast water. To operate efficiently, a biofilm that builds up on the surface of the lamps must be removed. Most UV systems do this with chemicals (which cause pollution) or electrolysis (which generates hydrogen and can be explosive). SKF BlueSonic BWMS uses ultrasound to clean the lamps continuously, so that disinfection and lamp-cleaning takes place simultaneously. This allows the system to operate constantly, as there is no need to stop and clean the lamps. This chemical-free approach also brings time and cost savings on maintenance, chemicals, storage and training.

Now that SKF BlueSonic BWMS has been through extensive land-based, shipboard and environmental testing and received IMO type approval, it is being made available to customers.  A number of major contracts are currently being negotiated and SKF anticipates that the first systems will be installed and operating during the next few months.

The SKF BlueSonic BWMS system can be configured for flow rates between 150 and 1,500 m³/hr and is backed by a full range of support services, including design, 3D scanning, crew training and class certification.

TOMRA’s XRT technology: a game-changer at Letšeng Diamond Mine in Lesotho