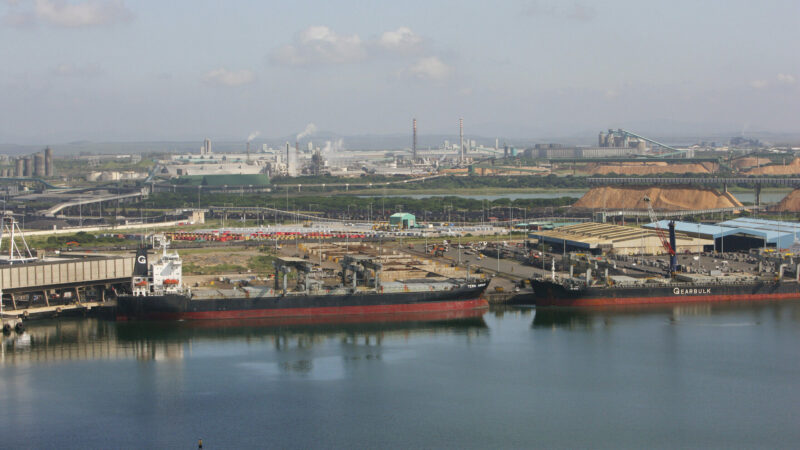 SOUTH32 said sales of aluminium and manganese from its South African operations declined in the first quarter of its 2023 financial year owing to port congestion and reduced third party rail availability.

South Africa’s state-owned rail and port operator Transnet has struggled to maintain volumes owing to Covid-19 absenteeism, a lack of parts and equipment, and persistent theft and sabotage perpetrated by criminal gangs.

Previously, South32 has resorted to trucking manganese from its mines in the Northern Cape. However, a decline in the manganese price means this route is less effective. And there may be more sales disruption to come.

Transnet declared a force majeure earlier this month following a strike by unions that lasted about 15 days. The force majeure was partially lifted on October 21.

Said South32: “We continue to closely monitor the situation and will seek to mitigate the potential impact on our aluminium sales during the December 2022 quarter”.

The Minerals Council said that the strike cost South Africa R815m in export revenue a day and previously described Transnet’s rail and port problems as tantamount to the electricity crisis being suffered at Eskom.

Including the strike, and Transnet logjams, annualised revenue losses of some R50bn were expected this year, 43% more than R35bn last year. This covers losses on revenue of iron ore, coal, chrome, ferrochrome and manganese exports, the council said.

South32 said it had finalised “a new collective employment agreement” for three years to 2025 at Hillside Aluminium post the quarter end. It did not provide additional details, but the National Union of Metalworkers of SA said on September 5 South32 had offered a 3.1% increase across the board and a 4% once off cash payment for the month.

South32 had a strong production quarter, however. Guidance was unchanged at all operations except Illawarra metallurgical coal. The group forecast 13% copper equivalent production growth in 2023 following the first quarter.

South32 returned $50m to shareholders via its share buy-back programme and closed the first quarter with net cash of $446m. Some $784m was also returned in October through its previously announced ordinary and special dividends.