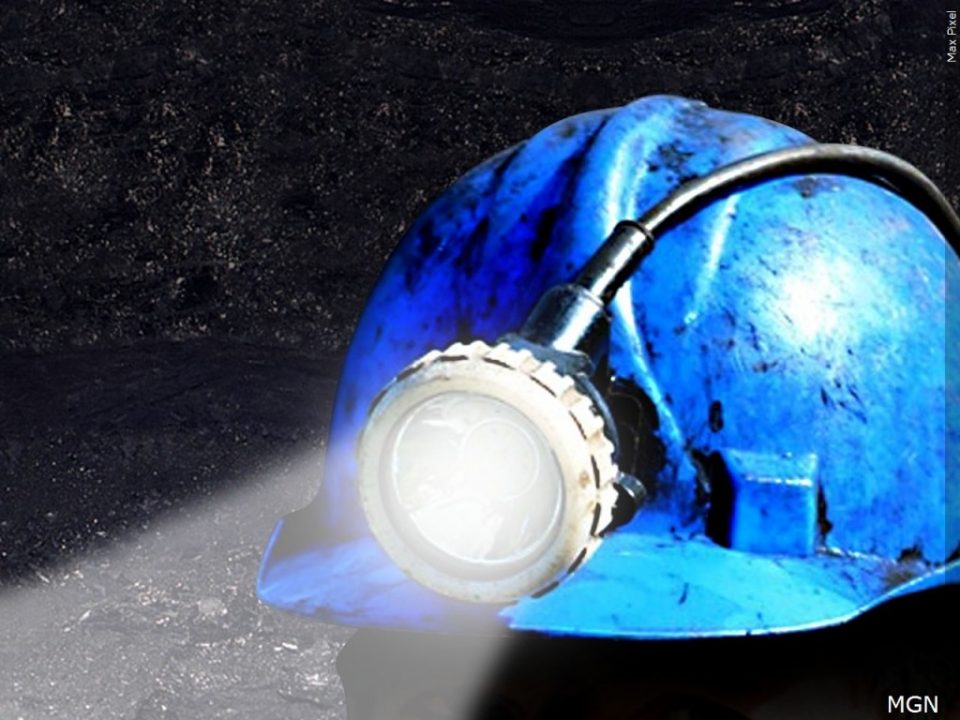 A wall collapse at Nyrstar’s Immel Mine in eastern Knoxville County, Tennessee on Tuesday afternoon left two miners injured and another dead. Both of the injured were hospitalized, with one requiring surgery. A spokesperson for Immel said that the miner who died had worked at the mine for over 10 years. The company has stated that it does not know what caused the accident.

This is the second fatality at Immel Mine this year; it is the third fatality in Nyrstar’s Tennessee mines, which are all nonunion. In February, 26-year-old Cody Maggard was crushed to death in a powered haulage incident at Immel. On May 18, 35-year-old Brandon Rosky was struck by a trailer at Nyrstar’s Young Mine in Jefferson City. Rosky had only worked at the mine for two weeks.

Between July 1 and July 18, the Immel Mine was cited three times by the Mine Safety and Health Administration (MSHA) for safety violations. On July 7, it was cited for either not having a telephone in the mine or for not posting instructions to use the phone. On July 8, it was cited for not having fire extinguishers near machines that run on their own. The day before the collapse, Immel received a citation for failing to provide voice communications between the surface and the refuge chambers in the mine, where communications are crucial in emergencies.

Roxanna Jackson, Cody Maggard’s mother, told reporters for WBIR News that the most recent death at Immel is causing her to re-live her pain. In the five months since Maggard’s death, she says she has received no answers about what happened. She questions the adequacy of safety protocols.

Nyrstar has a long and notorious history of safety violations in its Tennessee mines, and of retaliation against workers who expose them. In June, United States Secretary of Labor Marty Walsh filed a complaint with the Federal Mine Safety and Health Review Commission (FMSHRC) on behalf of Richard Waller, a worker at Nyrstar’s Cumberland mine.

The complaint contends that Waller was fired for documenting unsafe conditions in the mine’s shaft inspection book. He complained to supervisors about the unsafe conditions, and he refused to do welding in the shaft without the requisite fire extinguisher. He spoke to an MSHA inspector on site in the mine.

Waller wrote in statements about the case that his termination paperwork cites “insubordination” as the cause for his dismissal. The only discipline on his record prior to that was a two-day suspension in January for a violation of lockout/tagout policies; there was no history of insubordination.

Under the Federal Mine Safety and Health Act (FMSHA), refusing to work in unduly hazardous conditions and reporting unsafe conditions are protected activities, and workers cannot be fired, discriminated against, or interfered with for engaging in these activities.

In 2014, MSHA settled two discrimination cases with Nyrstar for the same violations.

Under the settlement, the company was made to pay back wages, front pay, and compensatory damages—plus penalties adding up to $22,000—to two miners fired in 2012 from the Elmswood/Gordonsville Mine. Prior to their termination, they had made numerous safety complaints to their immediate supervisors. Finding no remedy, they went to the mine’s safety department and the senior managers on-site. They filed internal complaints with the mine’s human resources department, and then again with corporate headquarters.

The two miners had also assisted MSHA during inspections, and had registered with the agency as designated representatives of miners. Through MSHA, they had filed a complaint of retaliation against another miner at their job site. All of these are protected activities under FMSHA.

Like all underground mining, zinc mining is rife with danger. Zinc miners are exposed to dangerous amounts of lead, cadmium and radon, and this exposure has long-term ramifications for their health. In addition, they face hazards implicit in all underground mining; flooding, rock falls, silicosis, electrocution, and powered haulage incidents.

Nyrstar has obviously deduced that paying out settlements and fines is more economical than investing in safety precautions for its workers. The company has more than a decade-long record both of violating safety policies and retaliating against employees who report them. The Occupational Safety and Health Administration (OSHA) fined Nyrstar’s Clarksville, Tennessee plant $4,500 after an explosion injured two workers in 2012. That was not the first, nor even the second explosion at that plant resulting from the company’s lax regard for safety. It was, however, the first time the plant had been fined.

Despite these largely token fines, the company proceeds with impunity. In March of 2016, the Tennessee Department of Labor and Workforce Development awarded Nyrstar Clarksville the Commissioner’s Award of Excellence for Workplace Safety and Health.

Nyrstar operates with the same impunity worldwide. In 2018, the groundwater around Nyrstar’s smelting plant in Port Pirie, Australia was found to be contaminated by perfluoroalkyl and polyfluoroalkyl substances (PFAS). The company has claimed that PFAS have not been proven to cause illness in humans; however, studies done by the US Environmental Protection Agency (EPA) report that PFAS can cause reproductive, developmental, and immunological dysfunction, in addition to kidney and liver damage.

Nyrstar has been responsible for two separate chemical leaks at the Port Pirie plant; the first occurred in 2017, when cadmium from the plant’s chemical storage area leached into groundwater. In 2019, sulfuric acid from the plant was discharged into Port Pirie’s First Creek and resulted in a massive fish kill.

Nyrstar is an international company; it operates mines and smelting plants in Europe, Australia, and North America. It was formed in 2007 by merging the zinc smelting operations of Australian mining company Zinifex with Belgian materials company Umicore. Its corporate offices are located in Switzerland, but it is incorporated in Belgium.

Nyrstar’s largest stakeholder is the commodity trading company Trafigura, which acquired Nyrstar in 2019. Trafigura was involved in the Iraqi Oil-For-Food scheme sponsored by the United Nations, and in 2006 admitted in court that it had smuggled Iraqi oil out of the country and sold it for a profit.

That same year, the Probo Koala, a ship owned by a Singaporean businessman and chartered by Trafigura, emptied 500 tons of waste at the Port of Abidjan in Côte D’Ivoire. The waste was then dumped by an Ivorian contractor at several illegal dumping sites throughout Abidjan. In the following days, nearly 100,000 Ivorians sought medical attention resulting from contact with the waste. At least seventeen people died; many more continue to suffer from respiratory and skin disorders attributable to the waste.

The Probo Koala’s confusing international identity is an apt illustration of capitalism’s international character; it sailed beneath a Panamanian flag, was owned by a Singaporean entity, and engaged by Trafigura. It sailed around the world—from Mexico, to Amsterdam, then to four other countries—in its efforts to make the maximum amount of profit, whatever the cost to the environment and human lives.

These facts provide context to Tuesday’s tragedy at Immel Mine. Nyrstar’s history in Tennessee mirrors that of other mining corporations worldwide. It demonstrates the incompatibility of a system based on private profit with the protection of workers’ health and safety. Existing safety laws are largely for show, tailored to the profit needs of the companies. They are rarely enforced, and when they are, companies receive no more than token punishment. Workers lose their lives, the operator is issued a citation, or, at worst, a token fine, and the mines and smelting plants continue to run as before.

These same conditions are faced by workers worldwide. Miners at Alabama’s Warrior Met Coal have now been on strike for over 100 days over losses in pay and benefits concurrent with longer hours. Warrior Met Coal is steered by a conglomeration of hedge fund managers who hire local executives to carry out their bidding. Working a miner seven days a week, twelve hours a day is not conducive to safety—but it does allow the mine to operate more cheaply.

The United Mine Workers of America (UMWA) at Warrior Met agreed to the inhumane conditions under which Warrior Met’s miners worked prior to their strike. The union now works to keep the strike isolated to Warrior Met’s mines. The UMWA has played the same treacherous role at other mines that it organizes. As a result, union membership has fallen from 112,481 in 2000 to just 56,580 today.

To defend decent and safe working conditions, Nyrstar miners cannot rely on the big business-dominated MSHA or the pro company unions such as the UMWA. They must follow the examples of autoworkers, teachers, Amazon workers and other sections of the working class by organizing their own rank-and-file safety committee. They must join forces with their brother and sister workers, including Warrior Met coal miners in Alabama, Volvo workers in Virginia, nurses in Massachusetts and workers internationally in raising demands for decent compensation and safe working conditions.