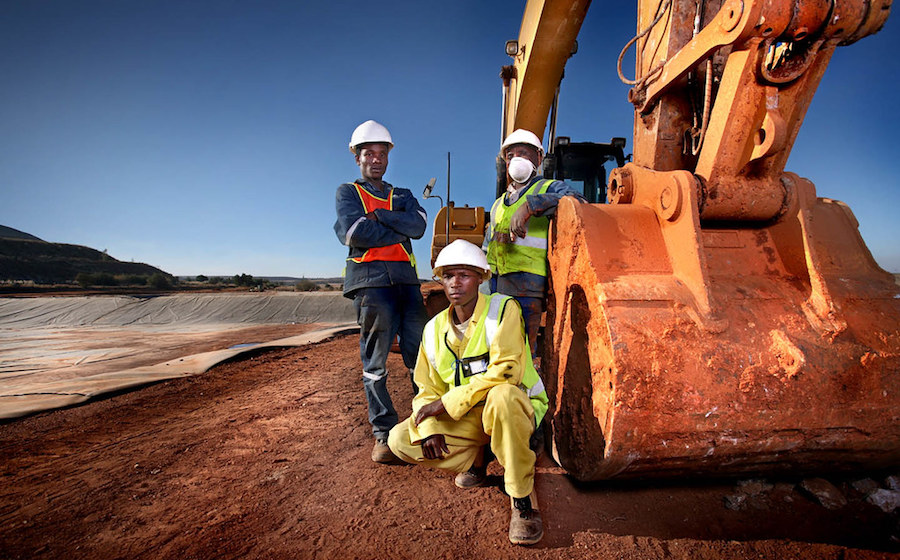 Sibanye Stillwater Ltd.’s biggest mining unions agreed to a wage deal that will end nearly 90 days of a workers’ strike at its three gold mines.

Sibanye and the Association of Mineworkers and Construction Union and the National Union of Mineworkers, or NUM will probably sign the three-year agreement next week, according to James Wellsted, the spokesman for the Johannesburg-based precious metals producer. The pay deal that the workers agreed to, is linked to inflation and “that’s what we have always wanted to achieve,” Wellsted said.

Sibanye is among South African mining companies squeezing profits from some of the world’s deepest and costly gold mining shafts. Its gold mines, which produced about 892,000 ounces last year, contributed about 6% to the company’s earnings.

About 31,000 workers at South Africa’s biggest mining employer, have been on strike since March 10 demanding higher wages. As the strike dragged on, Sibanye’s first-quarter gold output plunged 45% to about 137,000 ounces from the same period a year earlier. The company had to suspend output guidance for its operations.

In 2019, the company’s gold mines were also hit by a five-month strike by AMCU over wages.

The workers eventually accepted the wage offer after talks that started last year and nation’s Commission for Conciliation, Mediation and Arbitration stepped in to broker a deal, Livhuwani Mammburu, spokesman for NUM said.

Sibanye is set to give its lowest paid workers a monthly increase of 1,000 rand ($64) in the first year of the deal, 900 rand in the second and 750 rand in the third, Mammburu said. Those in the higher-earning category will get increases of 5% in the first 12 months, 5.5% in the next and 5% in the third period. The unions had demanded an increase of 1,000 rand in all of the three years.

The lowest paid workers would also be given a 3,000 rand “one-off hardship allowance”, Sibanye said in a statement. The wage deal is backdated to July 2021.

“It’s not what the unions wanted,” Mammburu said by phone. “But the negotiations were extremely tough.”