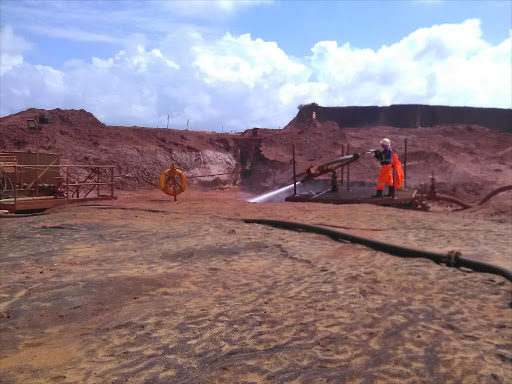 Kenya’s mining industry, which generated an estimated Ksh22.7 billion in 2020, is expected to grow as more operators are set to begin production next year.

The western part of Kenya is undoubtedly going to attract large-scale gold mining in 2022 after Shanta Gold, a mining company with operations in Kenya and Tanzania, said additional visible gold has been identified in seven different intersections.

The projects are expected to create highly skilled jobs, improve roads and other infrastructure in the surrounding areas, generate revenues for the national and county governments and generally boost the local economy during the construction and operational phases of the mines.

For instance, Lakeside estimates that construction of its mine will cost $1.86 million.

Unfortunately, increased mining has a strain on the environment, especially given that mining uses large amounts of water during the extraction and separation of minerals.

Water is an extremely efficient medium for supplying chemicals and mixing materials and it is even an essential ingredient for some chemical processes in mining.

It is also the most convenient medium for gravitational and centrifugal separation of minerals from host rocks.

In most mining operations, water is sought from groundwater, streams, rivers, and lakes, or through commercial water service suppliers.

Unfortunately, mine sites are often located in areas where water is already scarce and, understandably, local communities and authorities can oppose the mines using water from these sources.

And even where water is in plenty, such as in Kwale where Kenya’s largest mining operation is being done, water management can be a challenge.

Additionally, during construction of the mines, there are potential dangers to the environment when mines are dug below the water table and toxic materials seep into the groundwater.

The potential of heavy stormwater also increases after construction because of the increased ground surface sealing which inhibits percolation and consequent infiltration of water. When there are no well-designed storm drains, the rainwater can end up stagnating and hence creating conducive breeding areas for water-based vectors leading to transmission of diseases like malaria and cholera.

The light nature of the Weholite pipes makes them easier to transport and install, a great advantage for projects where the mines are in remote and difficult to reach areas. Also, the technology has a 100-year service life when buried, which reduces the maintenance costs associated with such projects.

Weholite technology can also be installed in built up areas with minimal disruptions.

A local mining company, Base Titanium, has used Weholite pipes for several applications over the last few years at its Kwale-based mine, while Anglo Gold Ashanti is using Weholite technology at its mine in the Geita region of Tanzania.

This technology, which is currently available, has great potential in designing water management solutions specifically for the unique needs of mining companies.

BEKA Schréder is proud to have been involved in a project that made a positive impact on the youth of Hammarsdale and Marrianridge near Durban in the KwaZulu-Natal Province of South Africa. Six solar-powered LED lighting units were donated to the community, providing much needed lighting at night.

Five missing after ‘mud rush’ incident at Implats’ Rustenburg mine