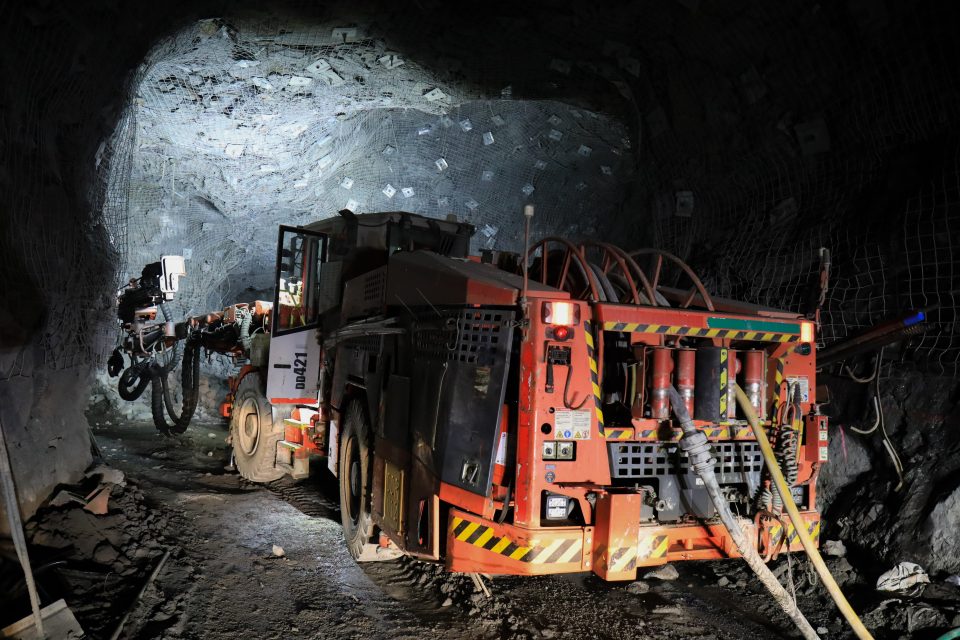 De Beers is making good progress on the installation of a comprehensive water management system at its Venetia Underground Project (VUP) in Limpopo Province.

Costing US$2,2 billion to develop, the VUP will see an ultra-modern sub-level cave mine replacing the current open pit operations, which are due to cease shortly after being in production continuously since the mine opened in the early 1990s.

The cave mining method allows underground mines to achieve the same type of production rates that are normally associated with open pit mines and this is the case at Venetia. Once in full production, the VUP will produce approximately 6 Mt/a ROM to deliver between 4,5 and 5,5 million carats of diamonds a year. These figures are similar to those which have been typically achieved by the open pit operations at Venetia.

The new underground mine is located directly beneath the current open pit. Given that it is a caving operation, water ingress from the pit into the mine, particularly at times of heavy rainfall, is a risk which has to be carefully managed.

The methods used to mitigate the risk include the installation of an extensive pumping system, as well as the construction of water control doors which will be activated if inflows exceed the capacity of the pumping system.

The frames of the water doors are each about 8 m high and 7 m wide. The doors are 1 m thick and are designed to hold back a 100 m head of water. They will effectively seal off the ‘dry’ side of the mine, where the water pumps and other critical infrastructure are located, from the ‘wet’ side where the kimberlite is located.

In terms of the pumping systems, a major milestone was achieved in January 2022 with the completion of Pump System 2, which has the capacity to pump 100 litres/second (360 m3/h) out of the mine from a depth of 540 m. It has increased the mine dewatering capacity threefold and allows for active dewatering of the mine groundwater, which is recharged during the rainy season which runs from roughly December through to March.

A challenge on Pump System 2 was the installation of two pipe columns which connect the pump stations in the open pit and which are routed 120 m up the pit wall. After an initial unsuccessful attempt to install the columns, the installation method being used was reviewed and adjusted, with the new procedure adopted proving very successful.

Construction is now well underway on Pump System 1 with commissioning expected by mid-year. This system will add a further 40 litres/second (144 m3/h) of pumping capacity and involves the construction of a further two pump stations underground on 46-level and 54-level and one on the surface at Terrace 3 together with all interconnecting pipework.

Pump Systems 1 and 2 are interim water pumping solutions until the main pump station in constructed on 56-level. This is scheduled for completion in Q3 2023. Once it is in operation, the full pumping capacity will be 4 500 m3/h.

Construction of the first water door is currently in progress and it has had an extensive engineering review to ensure the integrity of the installation. The door is secured by 40 mm rock anchors, 234 in total, which are each about 2,5 m long and pinned 1,5 m deep into the host rock.

In total, six water doors must be installed before December 2022 to allow first ore production from the VUP to start by the end of the year. The installation of the water doors will therefore be a major focus for the underground construction team over the next several months.

An interesting point is that De Beers has invested R70 million in a new weather station at Venetia. This is linked to South African Weather Services and will give timely warning of heavy rainfall events and enable the mine to prepare in advance for possible excessive water ingress.