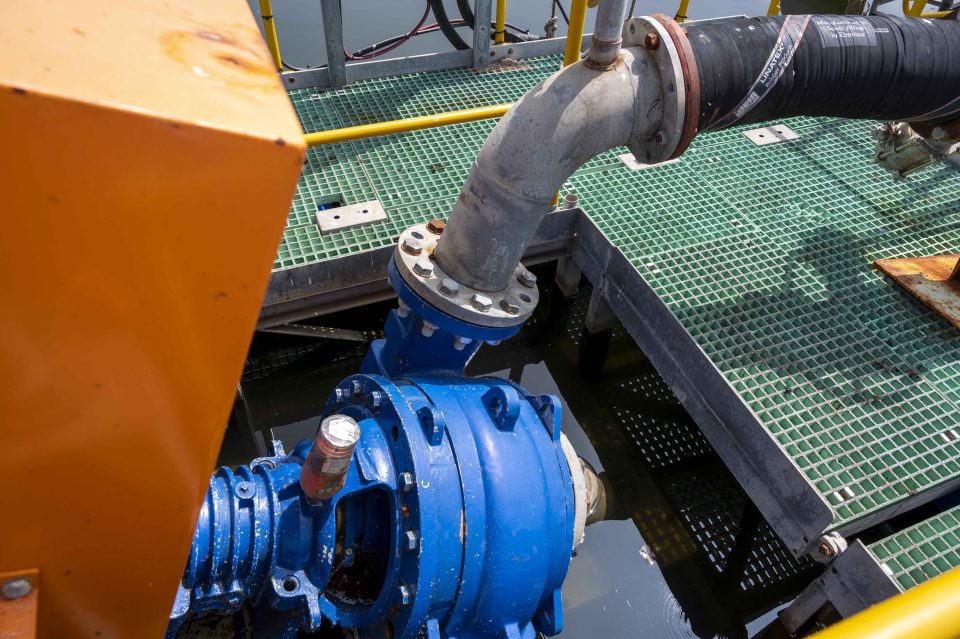 It has been 10 years since Weir Minerals Africa sold its first Warman® DWU (dirty water unit) pump, with the locally developed and manufactured innovation achieving success in Africa and abroad.

According to Weir Minerals Africa head of engineering Christian Stehle, the Warman® DWU pump was designed to fill a gap in the market between conventional slurry pumps and clear water pumps. It succeeded in combining the best of both pump categories, to create a product with the wear resistance and robustness of the slurry pump and the efficiency of a clear water pump.

“We wanted a solution that would meet the needs of customers who wanted to pump water with a specific gravity of up to 1.05,” says Stehle. “They usually needed to do this over long distances, and often with high heads.”

He notes that the Warman® DWU pump is able to deliver high performance along with energy efficiency and reliability, without being susceptible to high component wear rates and premature mechanical failure due to dirt levels in water.

The first unit was sold in September 2011 to a mining operation in the Limpopo province town of Phalaborwa, and delivered such good results that the customer went on to purchase more of them. As the Warman® DWU pump was marketed through the global Weir Minerals network, it has also established itself in markets as far afield as Canada.

The range has been enhanced over the years on a number of fronts, including its materials of construction. It is now available in stainless steel and in other hard-wearing materials for acidic applications. Initially developed with the traditional gland seal arrangement, it now includes the mechanical seal and the centrifugal seal as options.

Modern design tools have allowed a continuous improvement in the evolution of the Warman® DWU pump, he says. With the 3D modelling of complex shapes, as well as 3D printing technology, the application of Computational Fluid Dynamics (CFD) has enhanced progress.

“The success of this pump in as little as a decade is a testament to Weir Minerals Africa’s design and manufacturing capability, as well as our understanding of customer requirements,” he says. “We continue to work closely with customers, turning needs into solutions for a sustainable mining sector.”

Five Dead In Gold Mine Collapse In Storm-Hit Mozambique