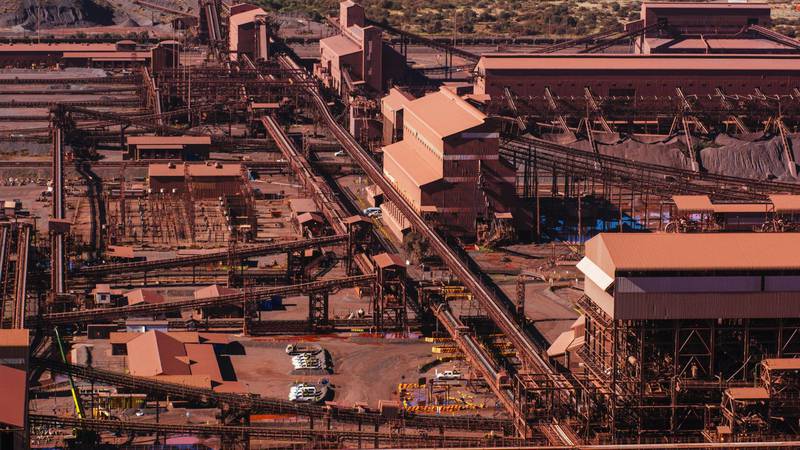 South Africa is missing out on some of the riches on offer from the commodities boom as a rail network beset by problems affects its exports.

While coal prices recently soared to a record and iron ore is historically high, miners are being forced to stockpile supplies as state-owned Transnet’s rail network buckles under issues from cable theft to breakdowns, compounded by years of corruption.

Transnet’s lines are critical for moving bulk commodities, which have rallied further during the war in Ukraine, from mines to ports.

As lost earnings mount for miners, executives are becoming more frustrated by rail failures. It has become such a headache that South Africa’s leading thermal coal shipper, Thungela Resources, is considering buying overseas assets to limit its local exposure.

“It doesn’t make sense for us to concentrate our risk on exactly the same infrastructure that has cost us as much.”

Transnet’s 31,000-kilometre network includes a route taking high-grade iron ore from Kumba Iron Ore’s giant Sishen pit in the Northern Cape to the west coast, and one from Mpumalanga’s vast coal fields to the east coast.

Companies using it also include Exxaro Resources and Glencore.

The network has become a target of thieves who take cables, disrupting operations. It has suffered from locomotive shortages and has even suspected sabotage of infrastructure.

Bad weather and frequent locust infestations that affect traction on the iron ore line have added to the list of problems.

Transnet is among state companies that were hollowed out by mismanagement under former president Jacob Zuma.

It said it has turned to general freight locomotives to haul some coal after part of its fleet designed to transport the fuel was grounded by shortages of spare parts.

That is partly due to suspension of supplier contracts after widespread state corruption.

Coal, iron ore and chrome companies missed out on about 35bn rand ($2.4bn) last year from contracted volumes that could not reach ports, the Minerals Council South Africa said.

Even as coal prices and demand surged in 2021 on the back of an energy crunch, volumes of the fuel transported by Transnet fell to a 13-year low, said Anglo American spin-off Thungela.

The producer is among those stockpiling coal, chief financial officer Deon Smith said.

Kumba’s iron ore stockpiles totalled 6.1 million tonnes as of December, an increase of about a quarter from the previous year.

It transported 39.3 million tonnes on the rail network last year, but wants to raise output to fully utilise its annual rail capacity that should be 44 million tonnes.

“If that means we need to put a capital contribution or partner in some way, we are very open to that possibility,” he said in Johannesburg.

Improving efficiency is “at the core” of Transnet’s recovery plans, it said told Bloomberg.

It has identified areas for collaboration with customers, and one key area is prioritising investment towards growth in high-margin flows such as bulk commodities, it said.

That will become even more important owing to the effects of the Ukraine conflict pushes demand for South African supplies and prices higher.