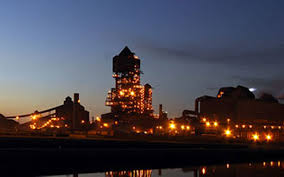 ArcelorMittal said that the winding down process would be complete by the end of the month.

The steel giant last year announced plans to close the plant which is a critical economic driver along the West Coast with around 600 permanent employees and 500 sub-contractors.

Despite numerous efforts to save the steel plant, ArcelorMittal South Africa CEO Kobus Verster said that reopening the facility in the medium term was highly unlikely.

“The financial stress on the company that Saldhana Steel would have brought, would have been unbearable to us.”

The Department of Trade and Industry’s Umeesha Naidoo said that one of the biggest challenges in the steel industry, particularly in developing economies, was excess global capacity.

“Resulting in import penetration and limited export markets as countries deploy protection. This has impacted Saldhana as it is an export-focused plant.”

ArcelorMittal wanted R4 billion in savings on its annual costs from labour and suppliers, but government could only offer R500 million from various service providers, including Eskom and Transnet.

The steel giant is looking at repurposing the plant.