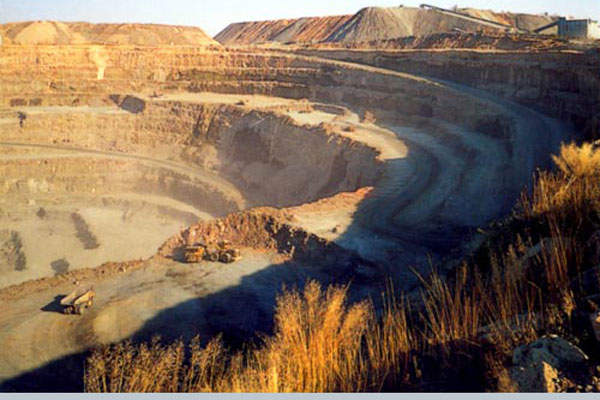 Gaborone- Plans are already underway to re-start operations at different mining sites in Botswana after they were on hold following a national lockdown in April this year.

Botswana mining companies among them Debswana Diamond Mine, Lucara Diamond Mine and Khoemacau copper mine paused activities on April 2 when the coronavirus-related restrictions began.

Operations at the mines which fall under the essential service category have been operating with a skeleton staff on site to supervise routine maintenance work.

According to the Ministry of Mineral Resources, Green Technology and Energy Security Permanent Secretary, Mmetla Masire; the government had cleared 9,300 mining workers to return to work this week. This is out of a total of about 17,000 workers for the sector.

“The mines will open up for 60 percent of their employees and Debswana has agreed to 30 percent.  9 300 mine workers will be going back to work. Mines are expected to adhere to the health regulations,” said Masire.

He said diamond beneficiation was back in action as they had exported some polished diamonds recently.

“That alone is a positive sign that the mining sector is starting to get back into the new normal. Mines are also bringing back their staff into operation with a lot of mines revamping,” he said.

Masire revealed that about 70 per cent of their staff were now back at the mines. He said the ministry had allowed prospecting to increase to 75 percent, while quarries and small mines had increased to 100 per cent.

Reports indicate that while mines have been cleared to resume operations, they face a dilemma of offtake or markets, as the coronavirus has dampened demand across the world.

Debswana, in particular, follows a policy of keeping diamonds in the ground rather than producing for inventory, during a period of weak demand or similar challenges.

Minerals Minister Lefoko Moagi recently noted the coronavirus has affected the nation negatively and noted that Debswana as the main producer, stopped at the third diamond sale and the others have been cancelled.”

He added that “There are other producers in the market who are attempting to charter planes to access the goods. The hope is that since we expect the restrictions to end in May, sales may start again cautiously.”

Debswana’s mines produced 5.6 million carats between January and March 31, 2020, down from about six million carats in the corresponding period last year.

Lucara which is another major local diamond player, has suspended its production guidance for 2020 due to the uncertainties around the impact of the pandemic. In November, the company had said it expected to produce up to 410,000 carats and sell up to 390,000 carats in 2020.

Lucara CEO, Eira Thompson told investors that “Demand for our product continues to be low and Lucara is necessarily focused on cost management and capital discipline through this period of uncertainty.”

Biggest Mines in Angola by Production