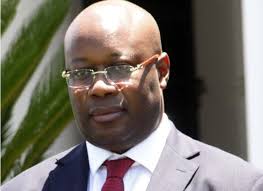 The Covid-19 pandemic has potential to mask human rights abuses and further worsen poverty among mining communities in parts of Manicaland.

These are sentiments expressed recently by rights groups, Centre for Research and Development (CRD) and Amalgamated Chiadzwa Development Trust (ACDT).

“As the world is trying to tame Covid 19, we have discovered that there are 12 non-disclosure agreements (NDA) between the state-owned Zimbabwe Consolidated Diamond Company (ZCDC) and new partners in Marange,” said CRD director James Mupfumi.

He said other companies that are reported to have signed the NDA with ZCDC are community owned.

“While that might be good that some companies that have signed non-disclosure agreements with ZCDC are community owned, the process which was done lacks transparency and accountability.

As human and environmental rights defenders, Mupfumi said they feared ZCDC was going back to its old ways of doing business which camouflaged massive corruption in the mining of diamond.

“With this pandemic, it may go on while the world and society focus on the pandemic but issues on the ground is that ZCDC now has partnership with 12 entities.

Mupfumi added, “We are bound to see the set-up of kleptocracy because there is lot of political interference from government on the operations of ZCDC and setting up of partners.

“Our fear as an organisation and communities is that now there are NDA, those shareholders responsible for looting may use same tactics to loot and conceal shareholder structure of partnerships.

“Does ZCDC have the capacity to manage 12 companies? It’s most likely these companies will operate independently.

“ZCDC will look for licences for these companies’ special grants.

“It will be difficult for these companies to do their Environmental Impact Assessment (EIA) as expected by the law.

“They will hide behind ZCDC, for example Anjin had no EIA but mining independently using expired document.”

ACDT spokesperson Jeyi Kasakara said their fear as communities was the 2009 scenario where there were multiple players in Marange who were not accountable but politically connected.

“They even failed to come even before a Parliamentary Committee on the diamond inquest two years ago. This is very important for communities to put eyes and ears on the ground in Marange,” said Kasakara.