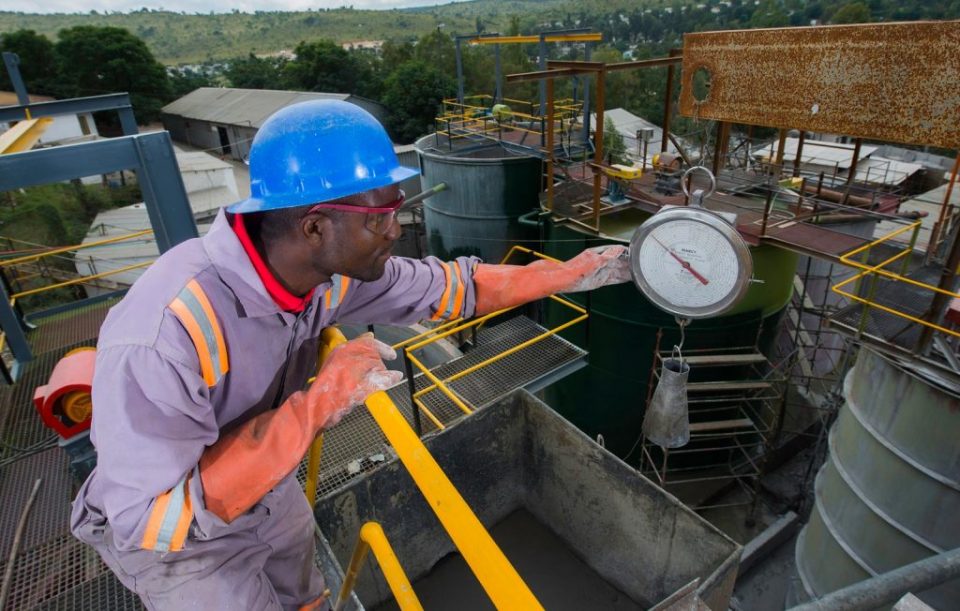 In 2018, Dallaglio Investments (Pvt) Limited took over Eureka Gold Mine along Dande River in Guruve after it had been lying moribund for over two decades and immediately started installing state-of-the-art equipment and erecting new structures.

Today, Eureka is the biggest single employer in Guruve District with more than 400 workers and has contracted many local companies and established international firms to fix things.

Being close to the district centre and small town of Guruve, it has already had an important impact, with staff houses built in a new suburb in the centre, and the ripple effect of the investment now has footprints in every part of the district in direct and indirect employment.

Since President Mnangagwa commissioned the takeover in 2018, Dallaglio has invested about US$51 million to bring the mine back to production, reckoning that the large ore reserves made a viable mine once an owner was prepared to put in the cash needed for equipment.

The capital injection came on the back of President Mnangagwa’s “Zimbabwe is Open for Business” mantra, which seeks to drive Zimbabwe to upper middle income economy status by 2030.

Eureka has installed new leaching tanks as part of the new processing plant. They have worked on roads within the mine complex and in neighbouring communities, they have employed many people, with a bias towards expertise from local communities and only looking beyond the district where skills are not locally available.

Mills are the largest and most expensive pieces of equipment to be installed at the mine.

World class experts have been on site to ensure precise alignments required for the rotating equipment are met and are set to now get the mine into production in the third quarter of this year.

According to Dallaglio Investments chief executive officer Mr Marc Nicolle, the delivery of the two mills means the company is now poised to beat Covid-19-induced delays that have slowed many capital projects not only in Zimbabwe but the world over.

“(The) project is more than 70 percent complete despite a very wet season and Covid-19 lockdown impacts at the various border posts where goods are being imported,” said Mr Nicolle.

“The mills are the largest and most expensive pieces of equipment that will be installed on site. Their installation is already in progress with key items cast in their foundation concrete.”

This will certainly go a long way in expediting the attainment of the mining sector’s 2023 milestone, which seeks to grow annual mining exports to US$12 billion from US$2,7bn in 2017.

Across the Dande River Eureka has built managers’ houses, and for the first time these are permanent structures, a sign that Dallaglio is set for the long haul.

But it is the communities that have lived around the mine since time immemorial that have really felt the impact of the mine’s reopening.

“We all believed the mine was cursed, until the new owners came. This time around there is serious business. They have employed a lot our young men and women. They are doing the roads, the community roads and even the houses for their managers are now real houses. We are now seeing this with our own eyes,” says village head Mr Elias Chikambaza.

In the past three years the mine has been putting up infrastructure and installing state of the art equipment. The work has been there for everyone to see.

“When President Mnangagwa came here to commission the mine in 2018, we laughed it off. We thought as a new leader he had been played into supporting something that would never go far. Over the years we had been used to companies coming to do panning for a few months and then going.

“Today, we are seeing the fruits. We now see that it is real. We are seeing people working. We are seeing new roads being constructed, new houses and a new suburb for mine workers at Guruve centre,” says Mr Sam Mazhambe.

In the past, investor after investor ran into viability problems with the worst knock being two decades ago and the mine was forced to shut operations due to a myriad of reasons, chief among them capital flight, which dogged the economy at the turn of the millennium.

Dallaglio Investments have already intimated that extensive exploration works at the mine have confirmed a resource base worth over US$1 billion, hence the decision to invest properly.

In Rhodesia just before independence, Eureka Gold Mine in Guruve was a spoof of disused mine shafts, a scullery of abandoned metallic machinery and equipment tinged rusty brown by year after year of being exposed to weather.

The perimeter fence had been stolen by villagers and used in securing gardens on the banks of Dande River or for domestic purposes.

At the height of the war of liberation, villagers used to hide in the disused shafts to avoid being taken to protected villages by Rhodesian forces.

At independence in 1980, the mine remained a wraith and during the drought of 1982, villagers from all over Chipuriro communal lands and businesspeople from Guruve Growth Point trooped to the mine, on foot, or using ox and donkey drawn carts, on tractor-drawn bowsers, lorries and anything else to fetch water from its deep disused shafts.

Innovative villagers saw a source of water and not a gold mine. Apparently, the surrounding communities never thought of gold panning. The panning craze was not yet there.

Between1987 and 2017, the mine was opened and closed many times, each new owner moving in, looking around, shaking their head and going after doing very little mining and hence no development.

But this time around the mine has risen from the ashes and its work is there for everyone to see.

Endeavour Mining: A Solid African Gold Player About To Enter A New Phase