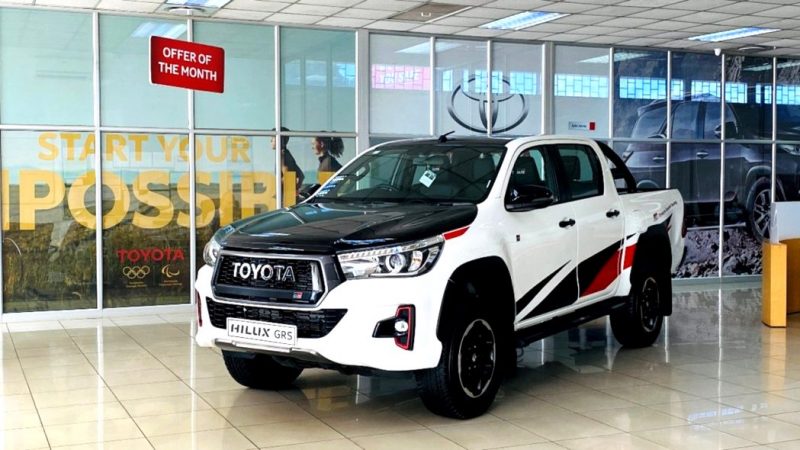 Leading brand in the motor industry, Toyota Zimbabwe has more than doubled its market share in the country over the last three years, NewZimbabwe.com can report.

The motor industry tracked the top four brands in the southern African country in terms of new vehicle market share between 2018 to 2021.

The top four motor brands in Zimbabwe during this period are; Nissan, Ford, Toyota, and Isuzu.

In 2020, Toyota remained on top spot with its new vehicle market share pegged at around 29%.

During this same year, Nissan and Isuzu were tied at the second position as they both registered 25% each new vehicle market share whilst Ford had about 14%.

In 2021, Toyota still remains at top with its new vehicle market share pegged at about 34%. Nissan and Isuzu are tied at second position with 24% each whilst Ford is trailing at about 10%.

The data shows that during the period between 2018 to 2021, it has been a three-horse race of Toyota, Nissan, and Isuzu for the top spot in Zimbabwe.

Toyota has enjoyed a larger portion of the cake in terms of new vehicle market share and Nissan and Isuzu have been competing for the second position whilst Ford has always maintained a smaller portion.

Speaking at a media workshop, Toyota Zimbabwe sales manager Carl Varga attributed the growth of Toyota’s new vehicle market share to aggressive marketing and pricing strategies put in place by the company in 2018.

“We have more than doubled our market share in the last three years, mainly due to aggressive marketing and some pricing strategies that we put in place lately in 2018. We are pleased to say that all the strategies we have put in place have paid off,” he said.

“One of the strategies was targeting the single cab market which constitutes the biggest segment of the market. And if you dominate this segment, you will dominate the whole market.”

Buyers of single cab vehicles have the privilege of paying duty in local currency.

The move is part of government efforts to improve the ease of doing business for small and medium enterprises including the farming, mining, and tourism sector.

“We tracked every new vehicle that was sold by model and in the past, it was predominantly a double cab market with SUVs, etc. Over the last four years the single cab has taken over as the number one selling model in Zimbabwe,” said Varga.

“That is mainly due to government policy which makes it mandatory for all vehicle duties to be paid in foreign currency except for the single cab. So every Zimbabwean is able to pay for vehicle duty in local currency only for single cabs.

“The luxury side has really been curtailed and what is necessary for businesses like single cabs are given priority. If you look at vehicles that were sold in the country, half of them are single cabs.”

Japan donates around US$1.2 million to Angola’s mine clearance projects