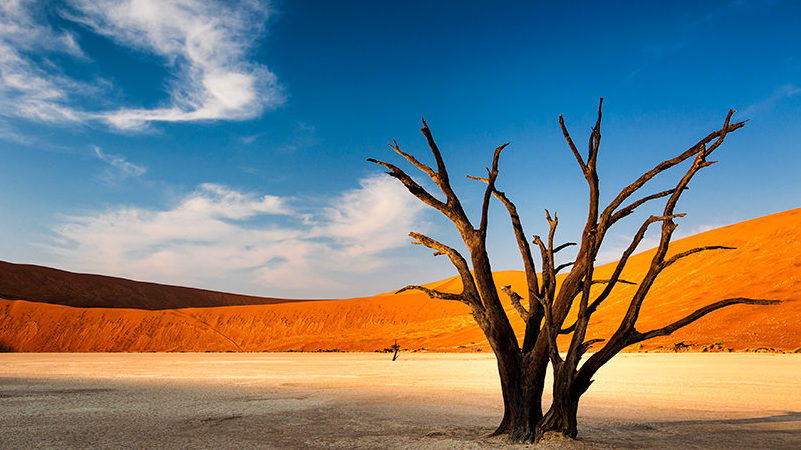 THE Cactus Coffee Shop has a five-star rating on TripAdvisor, an online travel company. Situated on the corner of the Old Gold Course Road and Third Avenue in Namibia’s Uis, a lay by on the way to the famed Etosha National Park, the shop’s cappuccino and confection offering is one tiny example of how the region has been given fresh economic impetus.

The reason? The reopening of a tin mine once operated by South African steelmaker Iscor in the Fifties before it closed forty years later amid a squeeze in the tin price.

These days tin is one of a host of metals causing a stir globally for its ability to help the world decarbonise. The importance of this trend can’t be emphasised enough. Unlike the last metals supercycle, which was driven by the urbanisation of the Chinese economy, and therefore related to GDP growth, the current spike in metals demand is a function of a near-global and politically sanctioned restructuring of economies.

Tin has a crucial role as a semi-conductor, especially in smart devices. But decarbonisation now looms large in its fortunes. According to Anthony Viljoen, CEO of AfriTin Mining, the UK-listed firm operating the Uis mine, tin is forecast to be one of the metals most positively impacted by the development of energy generation and energy storage devices.

Having invested R500m so far on the first phase of the Uis mine, AfriTin’s presence is becoming hugely important to the Namibian economy. “Covid-19 has really hit Namibia’s tourism industry hard,” says Viljoen. “That makes mining even more important.”

Speaking at a United Nations World Tourism conference in April, Namibia’s president, Hage Geingob, said the tourism industry was expected to record negative to zero growth until 2022. There was an estimated 87% decline in international visitors during the Covid-19 pandemic in 2020.

“Namibia was hit hard fiscally due to the major hit to tourism,” says Heye Daun, the Namibian-born CEO of Osino Resources, a Toronto-listed gold exploration and development firm that’s drilling Twin Hills, a gold deposit south of Uis. “There’s exploding public debt and no line of sight on any new major revenue streams. A project like ours will make a massive contribution.”

Viljoen says he’s personally witnessed how the local economy had opened up with engineering contractors beginning to crop up as AfriTin’s business grew from exploratory work to production several years later.

In addition to the shady repast of coffee shops, there’s a new guest house built to accommodate mine visitors. It may sound like small beer set against Namibia’s Covid-19 crisis, where infection rates are currently high, but for mining companies, it’s the critical economic development of communities that gives them the social licence to mine.

AfriTin’s tin deposit is located in the Damara mineral belt, a long-known geology that runs from Botswana in the northeast to Karibib in the southwest where Namibia has a recent history in gold production. The deposit also hosts potential lithium which Viljoen says his company can mine as a by-product, potentially derisking Uis’ revenue stream.

There are examples where, owing to common geology, tin allows for lithium production, says Viljoen. Australia’s Greenbushes in Western Australia for instance also started as a hard rock tin mine before moving into lithium, a mineral generating a lot of excitement owing to its application in electric vehicle batteries.

The Damara belt is more traditionally host to copper resources. Rio Tinto, the Anglo-Australian mining group, has taken a large prospecting position in the region and there’s also a number of other battery metals hopefuls cropping up.

But whilst there’s a question mark over how many new battery metals ventures in Namibia will eventually take hold, the world’s push for decarbonisation and the electrification of the drive-train is sending miners to new, relatively unexplored districts in search of metals, including copper.

Copper’s credentials as a major metal in decarbonisation is a well-established fact. Reports by banks Goldman Sachs and Jeffries last year which suggest the world was in the foothills of a major copper bull run were justified out by the metal’s price this year, pushing through $10,000/t – a ten-year high.

On the doorstep of the Etosha National Park, the copper smelting facilities of Tsumeb Copper still stand, formerly run by Newmont Mining and then Gold Fields of South Africa.

Now operated by the Canadian firm, Dundee Precious Metals, copper concentrate from a mine in Bulgaria is sent to Tsumeb for processing. Some 232,000 tons of copper concentrate were smelted at the facility in 2020. Tsumeb was built on geology that is proving fertile ground for US firm Cupric Canyon. It owns Khoemacau Copper, a mine under construction in neighbouring Botswana, a country that is desperate to diversify from diamonds.

“Everyone’s eyes are on us,” says Johan Ferreira, CEO of Khoemacau Copper Mining. “After diamonds, we are the only mining company that is diversifying the Botswana economy,” he said, speaking at the Junior Indaba, a mining conference.

Khoemacau mine, which will cost about $800m to build, employs about 30% of all people in the region and is situated in an area that has been excitedly referred to as the Kalahari copper belt. The world is desperate to find new mineral districts, if only because grades at existing ones are falling or are situated in countries where infrastructure is poor, and the politics unpredictable.

The plan for Khoemacau is to produce 62,000 tons of copper metal a year with the potential to expand further. But it’s taken about nine years to develop from its greenfields discovery.

“It’s cost nearly a billion bucks. I’m sure there are a billion bucks in the ground but will they get the value for that,” said Peter Major, director of mining at Mergence Corporate Solutions, an advisory.

“This is big news for Botswana. It will make a lot of people happy, but how much of that [billion dollars) has just vanished?”, he asked referring to the major capital bill of the mine. He thinks it’s possible a major mining company such as Anglo American or BHP might eventually buy the operation.

Still, there’s real hope Botswana could provide a new copper district in southern Africa. “This is, in effect, the dawn of a new global copper province,” said Karl Simich, MD, and CEO of Sandfire Resources, an Australian listed company that will build Motheo, a $259m, 30,000 tons a year copper mine in the Kalahari Copperbelt.

An important participant in the push for global decarbonisation has been the scientific and engineering community. Increasingly, scientists are looking for metals that can replace the metals currently attracting huge premiums. It’s led to a ‘mining of the Periodic Table’, as it’s sometimes referred to, throwing the spotlight on previously ignored minerals such as neodymium and praseodymium – referred to as ‘NdPr’ – minerals used in the manufacture of large stationary batteries used in electric vehicles and wind farms.

“These are minerals that people are becoming familiar with, and can even pronounce,” says Tim George, CEO of Pensana, the first mining company to list in London in the wake of the Covid-19 pandemic last year. Pensana is building the Longonjo rare earths mine, about 300km from Lobito, Angola’s recently refurbished port.

“We really got our timing right given the drop off in the oil price and the fact that the Angola government wants to diversify its economy into other mining, agriculture, and tourism,” he says.

Apart from a recently improved regulatory regime, Angola also has extensive hydropower and an improved rail network. It’s perfect for Pensana which is able to supply rare earths to its UK processing facilities and European end-users. The rare earths market is 90% captured by China which mines and produces the so-called magnet metals like NdPr.

“We have a non-Chinese supply chain. This is important because people want provenance,” says George.