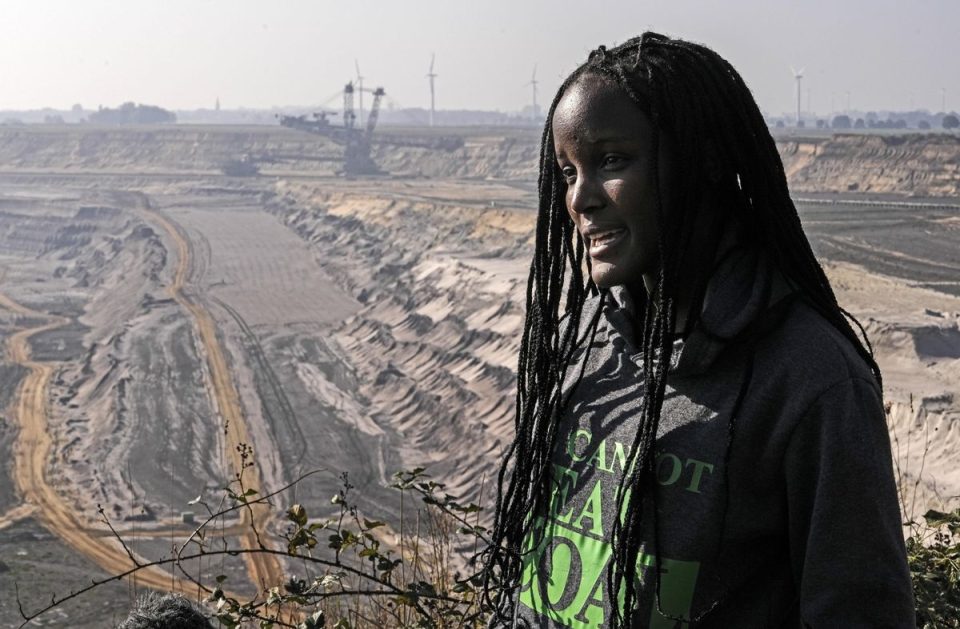 Ugandan climate activist Vanessa Nakate on Saturday visited a vast German open-pit coal mine and a village that is to be bulldozed for its expansion, saying the destruction is “really disturbing” and has implications far beyond Germany.

The visit by Nakate and other young climate activists comes a few weeks before UN climate talks open in Glasgow, Scotland on Oct. 31.

The Garzweiler lignite mine, operated by utility giant RWE, has become a focus of protests by people who want Germany to stop extracting and burning coal as soon as possible.

They also oppose the destruction of villages such as Luetzerath and nearby woods to make way for the mine. Coal mining is due to end in Germany by 2038, but environmentalists say it needs to stop much earlier.

Because of rising global temperatures, “the weather patterns are changing in my country and we are experiencing more extreme rainfall and extreme droughts,” she said.

“With the expansion of this coal mine, it means people’s cultures will be destroyed, people’s traditions, people’s histories of this place,” Nakate said.

Noting the mine’s size and its implications for greenhouse gas emissions, she added “it’s really disturbing to see how much destruction is taking place.”

German activist Leonie Bremer said “it’s absurd that my friend Vanessa has to come here from Uganda to show people that what we are doing here in Germany, that what RWE is doing here, that’s affecting countries like Uganda.”