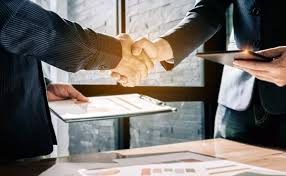 Black Rock Mining Ltd (ASX:BKT) has received Tanzanian Government confirmation of the start of a process to formalise the structure and nature of ownership in the Mahenge Graphite Project.

The Government of the United Republic of Tanzania has provided written formal advice of the start of negotiations regarding its 16% free carried interest (FCI) in the project.

Black Rock managing director and chief executive officer John de Vries said: “The acknowledgement and commencement of a process to formalise the Government’s ownership in the Mahenge Graphite Project is a very significant milestone.

“Resolution of the structure and nature of our partnership with the Tanzanian Government through its negotiating team is a critical step in achieving financing conditions precedent.”

The Tanzanian Mining Code and Regulations introduced in 2017 outlined that all mining developments should make provision for government ownership via a 16% FCI.

De Vries said: “Black Rock is well prepared to follow the Government of Tanzania’s process with respect to the mining code and legislation.

“We look forward to progressing with formal engagement and completion of the FCI process.”

When the structure and nature of the FCI is resolved, the 16% FCI is expected to be held in the company’s Tanzanian operating subsidiary, Mahenge Resources Ltd.

De Vries said the project would deliver benefits to host communities at Mahenge as well as to the Government of Tanzania and its people through the FCI.

He said: “We have an alignment of mutual interests which is a key objective of the FCI.

“At this stage, we are waiting on further advice of a planned date to commence the formal negotiation process and we confirm that we are at the beginning of the formal process.

“The company will continue to update our shareholders on the progress of our negotiations.”

Black Rock is progressing financing discussions and detailed engineering with a view to commencing project construction.

These ore reserves support a 16-year mine life of up to 350,000 tonnes of graphite per annum.