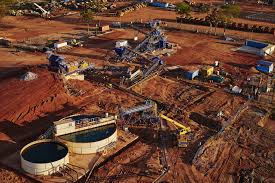 Montepuez Ruby Mining (MRM) is the second company in the mining sector to have paid most in taxes to the Mozambican state, consecutively, in 2017 and 2018, according to the 8th report of the Extractive Industries Transparency Index (EITI).

MRM’s tax payments increased and, at the same time, the State’s income from the extractive industry also grew, with the contribution of this sector to the Gross Domestic Product totalling 6.86% and 7.35%, respectively, in 2017 and 2018.

For this study, which is the basis of the EITI report, 29 companies in the extractive industry were selected, with organised and audited accounts with 11 from the hydrocarbon sector and 18 from the mining sector.

The position of second largest contributor refers to the entire country, as, in the province of Cabo Delgado, MRM was the biggest local taxpayer from 2014 to 2018.

The current year is expected to be quite different, however, and the chief executive of Gemfields, Sean Gilbertson, said this month that the company’s financial performance this year will be deeply affected by the Covid-19 pandemic, which led to the suspension of auctions of precious stones that accounted for 93% of the company’s turnover in 2019.

Montepuez Ruby Mining is 75% owned by Gemfields, a company with headquarters in Guernsey and the remaining 25% by Mozambican company Mwiriti Limitada. (macauhub)