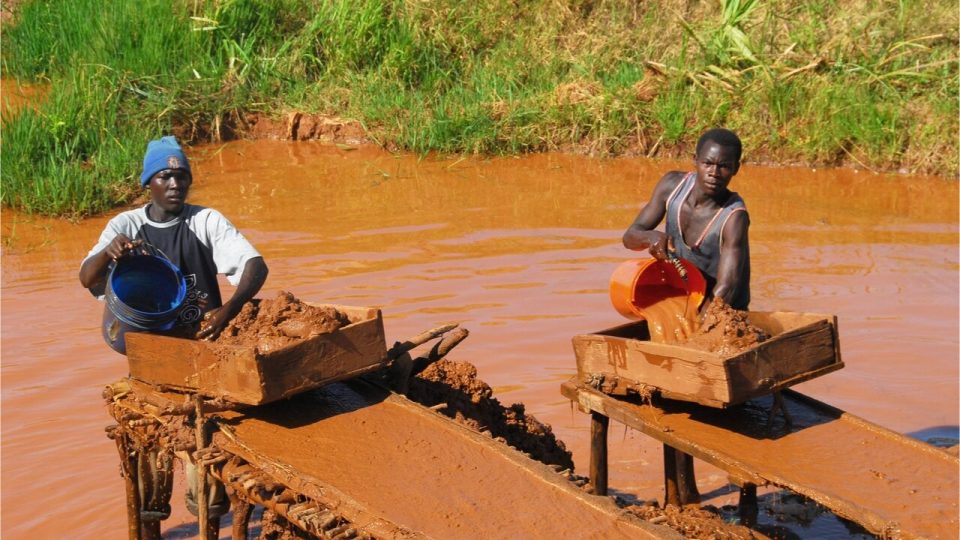 When billionaire Elon Musk announced that Tesla would no longer accept bitcoin as payment for its electric vehicles, the price of the crypto asset tanked. In justifying this decision, Musk cited bitcoin mining’s inefficient use of electricity as well as its impact on the environment. In fact, before Musk waded into this debate, many opponents of the crypto had repeatedly attacked bitcoin’s energy-consuming transaction confirmation process.

As expected, bitcoin maximalists and crypto supporters have been pushing back against what they see as an unbalanced argument. To bitcoiners, the environmental impact claims or electricity costs argument completely ignores the negative externalities associated with the creation/production of alternative stores of value like gold and fiat.

Already, a number of reports have not only countered the BTC’s carbon footprint argument but have also exposed the environmental costs of running a conventional currency system. For instance, Bitcoin.com News recently reported another billionaire, Mark Cuban, informing Musk that his organization was going to continue accepting crypto.

However, until recently, not many reports had solely focused on the negative externalities that are associated with the extraction of gold. The precious metal, which for centuries had been the traditional alternative store of value, has seen its position being challenged by BTC in the past few years. This challenge has inevitably led gold supporters and bitter opponents of bitcoin like Peter Schiff to wage a war against bitcoin. Now a new report that at least exposes the true costs of gold mining in Africa might swing the initiative away from opponents.

The report, which is titled “Illicit Gold Markets in East and South Africa” is an expose of the violence, human trafficking, and corruption that accompanies gold extraction in some parts of Africa. The report—which focuses on artisanal gold mining in Kenya South Africa, South Sudan, Uganda, and Zimbabwe—exposes the real damage to the environment being caused by this type of gold mining. For instance, the report notes how the trade of “illicit mercury”, a substance that has been declared “dangerous to human health and the environment,” is in fact tied to the illicit gold trade in countries like Zimbabwe.

In addition, the report, which was commissioned by the Global Initiative Against Transnational Organized Crime (GITOC), accuses certain corrupt Zimbabwean officials of “allowing mining in protected areas like Matobo and Umfurudzi national parks.”

On the other hand, in South Africa, a globally reputable sustainable producer of gold, shows the presence of illegal gold miners known as the “Zama Zama” that is now adding a taint to this image.

According to the report, these illegal miners, who are often foreign nationals from poor backgrounds, are being exploited by criminal gangs. In detailing how these miners are abused, the report states:

They can also be forced to work underground for weeks, sometimes before resurfacing. These miners are also exposed to murder, forced migration, money laundering, corruption, racketeering, drugs and prostitution on a scale not seen elsewhere in Africa.

In South Sudan, Africa’s youngest country, gold mining is dominated by tens of thousands of artisanal miners who however lack appropriate equipment and safety measures. Consequently, reports from the country reveal that collapsing trenches are responsible “for killing up to 4 miners per month.” In Kenya, mining regions on the borders with South Sudan, Ethiopia, and Uganda are in some of “the most dangerous parts of the country and are considered to be a haven for organized crime.”

Meanwhile, throughout this 73-page document, the authors attempt to highlight the true impact, as well as the hidden cost of gold production in these five African countries. Although these revelations might be nothing new to many in Africa, for crypto supporters, this document brings some fresh context to the bitcoin energy use debate. The revelations mean any future comparison of gold and bitcoin should not ignore the points that are raised in the GITOC report. For gold bugs like Schiff, trashing bitcoin while completely ignoring the precious metal’s own issues will be disingenuous.

Still, this report also raises an important question: Should bitcoin be judged solely on electricity use or maybe it should be judged based on how it has been pivotal in forcing some central banks to start reforming? If crypto opponents cannot offer a different argument to support the current one, then it will be difficult to argue the case against bitcoin without being accused of bias.

So while the likes of Elon Musk might want to continue to propagate bitcoin’s energy mantra, such comments will only have a temporary impact on the crypto economy, as has happened in the past weeks. Genuine interest in BTC and other digital assets will not go away based on the current argument alone. Central banks and governments will have to come up with an alternative that beats both fiat and cryptocurrencies if any efforts to kill BTC are to ever succeed.

SDLG getting the job done for 50 years