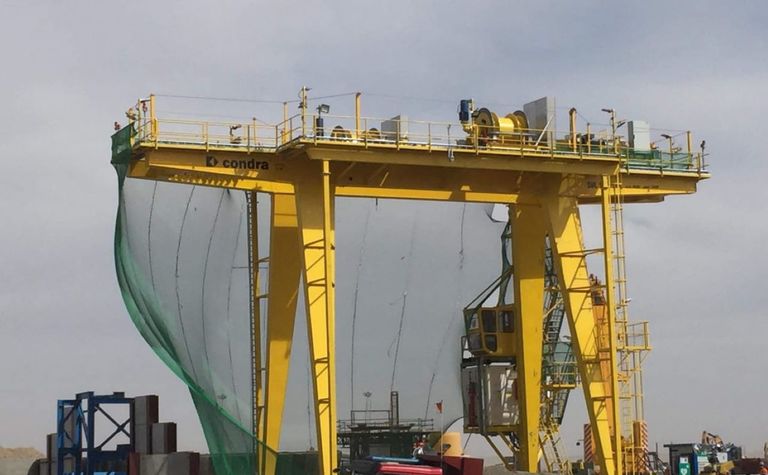 Condra, a South Africa-based mine equipment supplier, won a contract to deliver six cranes, one portal and five double-girder overhead machines to a South African mine.

The company said four of the six cranes ordered are identical 10-tonne overhead machines with spans of 6.5 metres, and two have already been delivered. Financial details of the deal were not disclosed.

The first was installed underground and commissioned on 24 November for maintenance duty on pumps, motors and other equipment – the remaining two 10-ton cranes will be completed this year to join the third on-site early in 2022, the company said.

Condra explained that it won the tender for the order even though its bid was not the lowest and said this is evidence of a trend towards buyers valuing “lower overall lifetime costs over price.”

These lower costs are achieved through supplier commitment and an ability to deliver “ongoing, reasonably priced after-sales service and maintenance.

It said a similar trend could also be seen in the market for second-hand cranes, where almost-new machines manufactured by companies unable to deliver effective maintenance lose value faster than older cranes.

Marc Kleiner, managing director of Condra, said a crane has no long-term value if it cannot be maintained.

“Some brands carry a risk of rapidly escalating maintenance costs after the guarantee period,” he said.

“Project consultants are not liable for these after the warranty expires, so when a customer needs service at the end of that time, he sometimes finds the cost higher than projected.”

Condra did not disclose the name of the mine or mine owner.