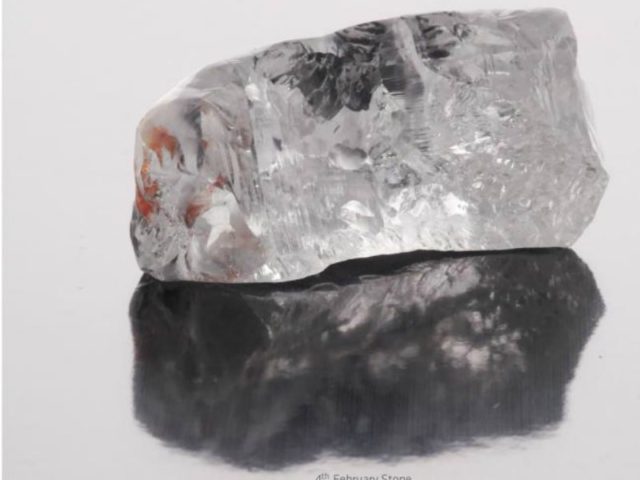 ASX-listed Lucapa Diamond Company and its project partners have recovered another +100 carat white diamond from the Lulo alluvial mine in Angola.

Mining Blocks 6 and 8 together have now produced 13 of the 15 +100 carat diamonds recovered in total at Lulo, including Angola’s largest recorded gem – the 404 carat 4th February Stone recovered and sold in 2016 for US$16 million.

Lucapa Diamond Company MD Stephen Wetherall says that the recovery of the 171 carat gem-quality white diamond continues to underpin the potential of the kimberlite exploration programme as drilling of the high-priority kimberlites in the Canguige catchment continues.”

Once the existing priority kimberlites are drilled, kimberlite bulk samples from these five pipes will be excavated for processing to test for diamonds.

The Canguige catchment is upstream of the Cacuilo River valley, where Lucapa and its partners have, for several years, been mining some of the world’s highest-value and quality alluvial diamonds.