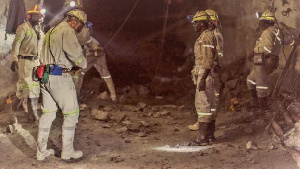 Gold miners will need to invest US$37 billion into projects in the next five years to maintain 2019 production levels and counter the prospect of peak supply, consultancy Wood Mackenzie said in a report on Wednesday.

With no major new gold discoveries over the last few years, miners have resorted to mergers and acquisitions to maintain and extend their waning gold reserves.

But this will not be enough to avoid the looming decline in output for the industry as a whole, Wood Mackenzie’s Head of Gold Research Rory Townsend said.

Without fresh investment, global gold output will fall as projects in the pipeline will likely be delayed by permitting, prioritisation of other projects and changes in scope.

The industry must commission 8 million ounces, or 262 tonnes, of projects by 2025 to maintain last year’s output, which equates to about 44 projects, the report said.

WoodMac has identified around 260 projects that were investable.

It said investors have preferred jurisdictions that were “more mining friendly” such as Ghana over the likes of South Africa, which suffered from regulatory uncertainty, strikes and power cuts.

“It is not the lack of gold that is the constraint,” said Townsend. “Gold miners and investors are carefully searching for the deposit that is ‘just right’ in order to allocate capital.”

Gold prices are trading near their highest since 2012 at around US$1,720 per ounce, spurring a return to M&A in the sector over the last two years.

“If miners do not capitalise on gold’s heightened allure through this bull cycle… these projects will either continue to trudge toward production for years to come or be rescoped,” WoodMac said.