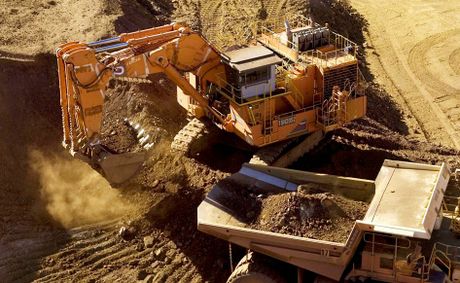 Zimbabwe mine workers celebrated international workers day under uncertainty after Chinese investors have turned out to be looters of natural resources according to workers union.

In a statement Zimbabwe Diamonds Allied Mine Workers Union secretary-general Justice Chinhema said this year celebrations came with a difference after the whole world was completely shut down because of the deadly COVID-19 pandemic that has devastated all nations. big and small in equal measure.

He said the theme ‘Fulfilling the mine workers aspirations’ focusing on Safety, Health, Growth and Development (SHEGD) is an unfortunate situation for the sector.

He added that the reprieve on mining hangs in balance over poor working conditions.

‘It is sad to note that some mines are not going to open especially those owned by the Chinese involved in chrome mining in the Great Dyke belt. These Chinese were not genuine investors but looters. Artisanal miners never availed basic protective clothing as they do not have the capacity to supply their workers with sanitizers, face masks and other personal hygiene requirements as required by the law. These will rather remain closed than to risk lives of thousands of their families across the country,’

‘We also face poor working environments as most mines are no longer safe to mine due lack of investment with dilapidated mining equipment and massive illegal activities that compromise workers’ safety and health at the workplace. Furthermore, mine workers earn slave wages that are against the returns generated by employers,’ he charged.

Chinhema lamented that pension have been reduced to due to inflationary pressures eroding value and not stimulating the background that some emerging towns including Zvishavane, Mhangura, Hwange and Redcliff among others are now ghost towns.

Chinhema said these mines’ houses are dangerous to occupy because ablutions facilities are no longer usable but bush toilets while obtaining clean and safe water is now a pipe dream.

He labeled some mining concessions held by a few for speculative purposes as criminal ventures.

‘Criminals and looters are now operating in the industry with no meaningful investment or development taking place , Criminal groups using political names, double allocation of concessions by ministry of mines officials causing disputes, under declaring of minerals mines, smuggling out of the country of minerals are the order of the day,’ added Chinhema.

He however suggested that corruption will end by exposing, naming and denouncing all forms of corruption.

‘The emergence of splinter unions has caused divisions amongst workers threatening industrial harmony. This is a far cry from what existed soon after independence where workers were more united under one union. It is regrettable that some of these splits are driven by personal greed and corruption. We need a radical transformation on how unions conduct their business by starting to put in motion a roadmap and a plan of action for building one strong trade union that mine workers have always envisaged,’ concluded Chinhema.