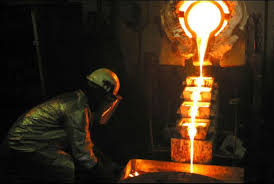 The equipment, including four sluice boxes, four gold detectors, 12 panning dishes, two shaking tables to be used in gold mines in Vubwi and Lundazi districts in the southern part of the country, will be administered by the Zambia Consolidated Copper Mines Investment Holdings (ZCCM-IH), a government agency that holds shares in all mining firms on behalf of the government.

The equipment was purchased at a total cost of 70,000 Euros with support of the EU under the Southern African Development Community (SADC) Trade-Related Facility project aimed at the formalization of the gold mining sector.

Mushuma Mulenga, Permanent Secretary in the Ministry of Commerce, Trade and Industry, said ZCCM-IH was chosen to administer the equipment in recognition of the effort the company was making in the gold mining sector and in view of the need to maintain and sustain the use of the equipment, according to a release.

Mabvuto Chipeta, Chief Executive Officer of ZCCM-IH, thanked the government for entrusting his firm with the responsibility of playing a key role in formalizing the artisanal gold mining sector in the country.

He said the formalization of Zambia’s artisanal and small scale gold sector was a significant, timely and pressing developmental opportunity that must now be realized. Enditem