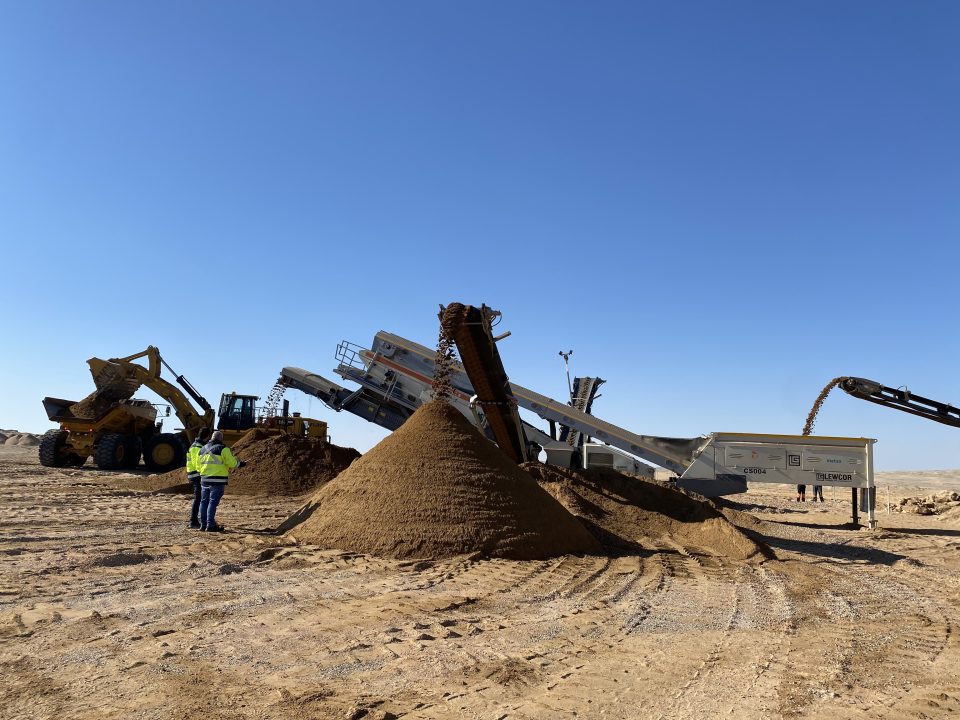 Sperrgebiet Diamond Mining (Pty) (SDM) this week confirmed a majority equity investment by Global Emerging Markets Group (GEM). The new shareholders, the company’s board and management stated they eagerly look forward to operations at SDM to restart and for the company to become a sustainable development partner to the local community, the Lüderitz economy and Namibia at large.

The diamond mine is now gearing up during the fourth quarter of 2022 to start up operations at the historic production levels under Namdeb. The immediate next aim is to double production by mid-2023 by implementing an infield pre-treatment facility as the second phase. The company is amidst an aggressive recruitment drive, aiming to employ up to 180 people by the end of 2022, with a further increase during phase two.

SDM is a Namibian company that owns a combination of four onshore and offshore diamond mining licences in the restricted diamond areas around Lüderitz. Its mainland based operation is located at Elizabeth Bay, 40km south of Lüderitz.

Among other investments, the resources division of the GEM Group holds mining and energy assets in Zimbabwe. Their vision is to expand their footprint in the southern African mining and energy sectors and the larger continent in the longer term.

The company also owns a base metal refinery and an energy business unit focused on generating green energy and minimising the carbon footprint of its mining operations. Through this latest acquisition, the group aims to expand its business with the newly acquired mining asset in southern Namibia.

Meanwhile, SDM acquired the mining asset from Namdeb Diamond Corporation in October 2020 and invested in the project through an environmental clean-up campaign and the care and maintenance of the existing main processing plant with the aim to recommission it.

Additional capital investment has been solicited by the shareholders, culminating in a share sale transaction between the Namibian shareholders being the founders, Lewcor Holdings, and its minority partners, David Sheehama, MSF Commercials, and the GEM Group.

“The equity transaction was well received by the government of Namibia and received approval from the Namibian Competition Commission and the minister of mines and energy. The deal was finalised on May 20, 2022, with GEM group subsidiary obtaining 78% of the shareholding and Namibian shareholders retaining 22% inclusive of an Employees Trust of 2%,” reads a statement from SDM.