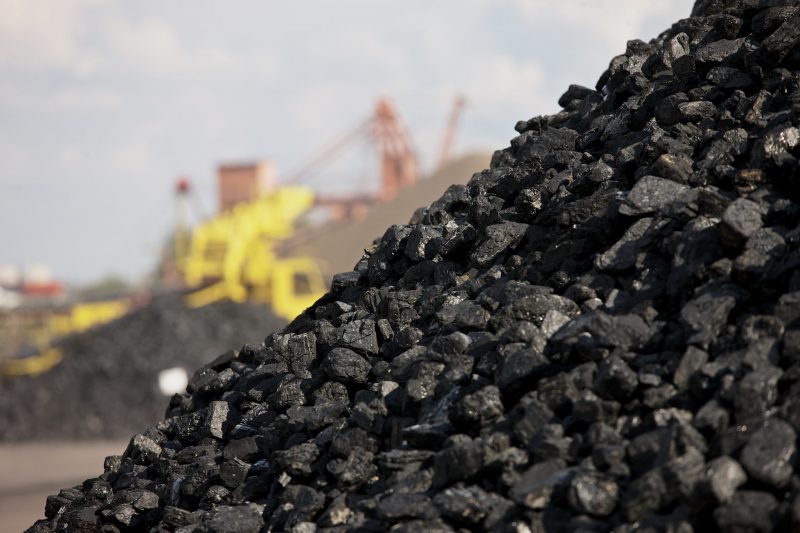 In the KwaZulu-Natal province of South Africa, the expanding Somkhele coal mine is tearing communities apart. Though many locals work for the mine, nearly 150 families have been forcibly relocated as the mine grows. It is destroying pastoral land, causing water shortages and intense health problems. Last year, Fikile Ntshangase, a prominent community environmental activist opposed to the expansion, was assassinated in her home, located a short walking distance from the mine. Calls to investigate her death have been ignored. In an era where it is glaringly obvious that we cannot increase our dependence on fossil fuels, the mine is being expanded, and those who try to combat it face deadly consequences.

At the COP26 climate summit, South Africa received an $8.5 billion deal to reduce its heavy dependence on fossil fuels in the next three to five years, in large part by closing coal mines. Funded by the United States, European Union, and United Kingdom, the money has been widely praised as a model for future Global North grants to emerging economies to help them transition to renewable sources of energy. It is long overdue that those nations most responsible for the climate crisis provide equitable international climate funding. Unsurprisingly, there is valid doubt about the real interests underlying these nations’ promises to provide  funding. Domestic interests compound the issue. In the case of  the Somkhele coal mine, which recently secured a massive ten-year expansion, domestic South African stakes in maintaining the fossil fuel dependence status quo are deeply rooted. South Africa’s leaders are pursuing investment in new coal mines at the same time as they seek financing to transition away from fossil fuels. With transparent, reliable, and equitable support from the wealthy nations most responsible for the climate crisis, South Africa can end its double-dealing and make a complete commitment to the former.

South Africa must reduce its fossil fuel emissions. Currently, almost all of South Africa’s power comes from coal—it is the world’s 13th largest greenhouse gas emitter and the largest in Africa, though the continent as a whole has only produced 3% of total emissions. Wealthy nations, including  those financing the deal, bear the overwhelming responsibility for the climate crisis because they account for a disproportionate share of the global carbon budget. Nevertheless, South Africa’s per capita emissions are well above the global average, and it also needs to end its reliance on fossil fuels. The multibillion-dollar COP26 agreement makes important progress towards this goal. By building renewables and decommissioning fossil fuel plants, the agreement is expected to prevent the emission of 1.5 gigatonnes of carbon dioxide  over  the next 20 years.  There is an urgent necessity for the Global North to take climate accountability through acts like this deal.

” With transparent, reliable, and equitable support from the wealthy nations most responsible for the climate crisis, South Africa can end its double-dealing to both renewables and new fossil fuel investments and make a complete commitment to renewables. “

However, similar deals have a poor track record. Despite this deal being seen as a landmark one, it is not new for wealthy nations to promise to provide climate finance to the Global South. More than a decade ago, the United Nations launched a Green Climate Fund with wealthy nations promising to allocate  $100 billion a year to support climate projects in developing countries. Every year, the fund has fallen dismally short  of its goal— it has never even rasied 10% of the funds it promised. In the case of the COP26 deal, South African climate justice activists have been quick to point out that it lacks details that would safeguard against international financing from becoming another tool for wealthy nations to carry out their own interests. There needs to be greater transparency surrounding  the deal’s details and what South Africa owes in exchange.

Transparency and a meaningful commitment to the deal are crucial because political elites in South Africa are leveraging a narrative that casts clean energy as the Global North’s latest form of imperialism in Africa. Fears of international financing being a tool of neocolonialism are not unfounded, so it needs to be made clear that there are no detrimental contingencies to this deal. Fossil fuel interests are entrenched in South Africa’s government, especially among key decision-makers who continue to solicit funding for expanding fossil fuel projects. In particular, the most powerful person in South Africa’s energy and mining landscape, Minister of Mineral Resources and Energy Gwede Mantashe, is a champion of the fossil fuel industry. Mantashe equates investment in renewables with economic disaster and promotes the myth of clean coal. After the COP26 deal, at an oil and gas conference, Mantashe lamented that, by moving away from fossil fuels, South Africa was being “coerced to take missteps.” In order to be effective, specifics of the deal need to prove that not only is decarbonization a shared interest but that the agreement will benefit South Africa with no strings attached.

The activism of campaigners, like Ntshangase, make it unmistakable that coal not only leads to of rising carbon emissions and climate crisis but also localized environmental disruption. The closing of coal mines and fossil fuel plants through a deal like the one made at COP26 will benefit the impacted communities that  are also opposed to fossil fuel interests. However, decommissioning a coal mine like Somkhele will undoubtedly be challenging — many in the community rely on coal mining from employment and power. With already staggeringly high unemployment rates, the local economy has built up a dependence on the mine. It is vital the financing from this deal goes towards supporting coal-reliant communities, re-skilling, stability, and alternative employment.

Dependence on coal harms South Africa as a whole, highlighting the need to stop building new fossil fuel plants. Its grid of coal power plants is collapsing. Since 2007, due to aging coal power plants, mismanagement, corruption, and a reluctance to seriously pursue reliable renewable alternatives, the country has faced an energy crisis. Electricity demand far exceeds what the state-owned power utility can provide. Blackouts are a chronic part of daily life, contributing to a worsening economic plight. South Africa’s current energy resource plan projects it will build 1.5GW new coal-fired power plants in the next ten years. In light of the energy crisis and a rapidly warming climate, South Africa’s leaders need to urgently halt plans to build new fossil fuel plants — they cannot commit to deals like the one made at COP26, close a few coal mines but then open many more.

The interests of activists like Ntshangase need to be prioritized over the rhetoric of politicians like Mantashe. It could not be clearer that South African needs to build renewables that will lift  the country out of its energy crisis. Ultimately, it cannot be overstated that the main burden for the transition to a low carbon world lies with the Global North. Having disproportionately benefited from climate destruction, they need to reliably finance the transition to renewables; however, to be successfully implemented, these deals depend on transparency and avoiding patterns of neocolonialism.

HAULAGE: Epiroc continues to improve the Minetruck MT65 for underground