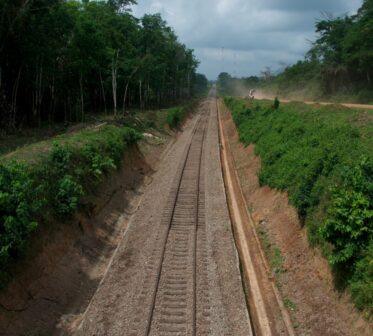 A statement issued by issued by HPX and Ivanhoe Liberia late Sunday said, it welcomes last week’s decision by the House of Representatives to proceed to ratify the revised ArcelorMittal Liberia (AML) Mineral Development Agreement (MDA), and to strip out provisions that would have granted AML a “complete monopoly” over the Yekepa-Buchanan railway and port.

According to the statement, this vote, if concurred by the Senate this week, will ensure that the AML project goes forward, while protecting multi-user access for all stakeholders to this key infrastructure corridor, as per recommendations by the House’s Joint Committee on Investment, Judiciary, Lands, Mines & Energy; and Ways, Means & Finance. This will effectively ensure fair multi-user access to the Yekepa-Buchanan infrastructure corridor for all potential users, including local passengers and businesses, and stimulate significant investment and economic activity. HPX and Ivanhoe Liberia are pleased that these decisions will enable them to proceed with their Nimba Iron Ore project–which will include significant Liberian components.

In its press release on November 11, 2021, HPX and Ivanhoe Liberia announced the results of their extensive prefeasibility study. Their project will generate an additional USD $600+ million in direct investment into Liberia, create upwards of 500 permanent jobs in construction and operations, and provide unspecified amounts in third party service-related contracts with local companies. Additionally, the use of this infrastructure by Ivanhoe Liberia will generate substantial income for the Liberian treasury through transit fees. HPX and Ivanhoe Liberia now look forward to working with the government of Liberia, AML, and all relevant stakeholders to finalize terms for fair multi-user access to this railway to maximize the social and economic benefit for the people of Liberia. Guy de Selliers, Chairman of Ivanhoe Liberia, said: “I am very encouraged by the decisions made by the Joint Committee of the House.

There is no doubt that the best outcome for Liberia is to have both major projects implemented concurrently. The significant expansion of the infrastructure linked to the Nimba Iron Ore project will in itself transform the YekepaBuchanan railway and port into one of the largest infrastructure corridors in West Africa.”