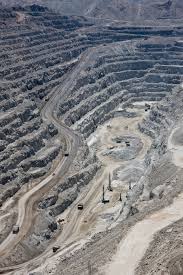 The restart plan and guidance on key economic parameters for Australia-listed uranium company Paladin Energy’s Langer Heinrich uranium operation, in Namibia, are expected to be released during the fourth quarter of the year.

Care and maintenance (C&M) activities at the mine continued during the period, ended March 31, and a recent review of these activities has resulted in lower ongoing expenditure with no adverse impact on the operational restart plans to be expected.

The mine transitioned into C&M when production was suspended in 2018 owing to low uranium prices. Quarterly activities, Paladin said on April 30, focused on routine C&M activities and the completion of a review of these.

The restart and debottlenecking planning continued, following the completion of the restart prefeasibility study in October 2019.

No lost-time injuries were recorded during the quarter, and Ian Purdy was appointed CEO on February 4. The company also restructured its senior management team during this period to “provide the technical and commercial skills necessary to deliver the company’s strategy”.

Cash and cash equivalents as at the end of the period were $35.8-million, and cash expenditure was $1.9-million.

Meanwhile, the sale of the Kayelekera mine, in Malawi, was completed on March 13, and delivered a substantial reduction in ongoing cash expenditure for Paladin.

The sale reduces Paladin’s forecast cash expenditure by about $5-million and the company ceased C&M funding costs at completion.

Prior to the sale, however, quarterly activities focused on routine C&M activities.

Record levels of rainfall during March resulted in a relatively minor release of rainfall runoff water, which was continuously monitored, analysed and found to be lower than the World Health Organisation’s compliance and statutory license limits for uranium and other contaminants in the river system.

In terms of exploration, Paladin completed the work required to meet the minimum tenement commitments, it said.

Several nonstrategic tenements were surrendered during the quarter.

Meanwhile, referring to Covid-19-related disruptions to uranium mines in Canada, Kazakhstan and Namibia, Paladin said that these “are exacerbating the structural supply deficit in the uranium market”.

As such, the recent sharp increase in the uranium market spot price may be a precursor to substantive improvements in the long-term uranium market, the company said.