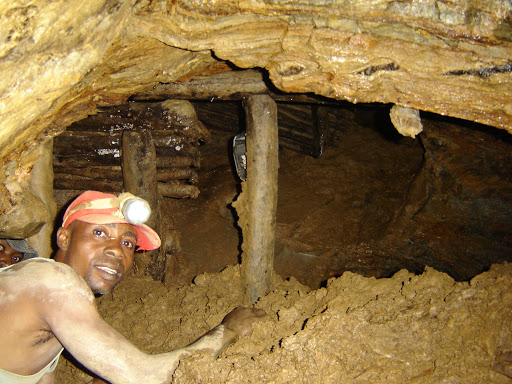 The University of Mines and Technology (UMaT), Tarkwa has launched the Sustainable Artisanal and Small-scale Mining Awareness Day set for June 2, every year.

The day is to create national and global awareness and a platform for stakeholders in the Artisanal Small-scale Mining (ASM) sector to interact and ensure maximum achievement of the socio-economic potentials of the industry without compromising the quality of the environment.

The theme for this year was “Commitment to Sustainable ASM, A win-win approach”.

Speaking at the function, the Vice Chancellor of UMaT, Professor Richard Kwasi Amankwah, said gold, diamond, salt and industrial minerals could be mined at the small-scale level, adding that, this was regularised through the PNDC Law 218, which was gazetted on June 2, 1989.

Prof. Amankwah mentioned that since the regularization, gold production has increased from 2.2% to 43% of national production and has helped Ghana to be among the top ten gold producing countries worldwide.

He said the small-scale mining sector employs about one million people directly and positively affects the lives of about 20% of Ghana’s population.

Prof. Amankwah said governments over the years have introduced several reforms and strategies to streamline the ASM sector but it had not been successful.

“A critical look at the ASM sector shows that, there are a few who obey virtually all the laws governing the activity. I am proud of companies such as TransEco, E K Agyeman and Gold Empire Resources. However, there are several others whose activities leave much to be desired”, he said.

He said the last four years had been challenging for the sector due to many reasons among which environmental destruction stand tall, stressing that “some irresponsible Small-scale and artisanal miners polluted almost all the rivers in Ghana by washing tailings directly in the rivers”.

“The latest military activity code-named ‘Operation Halt II’ has sent some shock waves through mining communities. To a large extend l believe that the actions of some recalcitrant miners led to this situation”, the Vice Chancellor said.

Despite all these challenges, Prof. Amankwah was hopeful that the small-scale mining sector would rise and take its rightful position.

Mr Kwabena Okyere Darko-Mensah, Western Regional Minister, on his part said, while the government was working hard to regulate and streamline the sector, “we have a duty to propagate the news and educate the citizenry as to how they could handle the situation well”.

He called on all stakeholders to come out with insightful contributions and renewed efforts towards addressing the effects of illegal mining.

The Acting Director of Environmental Protection Agency (EPA) Tarkwa Regional Office, Mr Prosper Yaw Nkrumah, said the agency was keen to partner all stakeholders to ensure that sustainable mining would be a win win for all parties.

The Senior Principal Inspector of Mines at Minerals Commission, Mr Desmond Boahen, said the Commission was also putting together pragmatic measures to ensure that Small-scale mining benefits the nation in a way that would not affect the generations unborn.

Mr Godwin Amah, General Secretary of Ghana National Association of Small-scale Miners (GNASSM), stressed that government’s intervention of using the military to curb the illegal mining activities had been used in the past three decade without achieving any substantial result.

Medium Voltage drives and their application in mining: Danfoss to present webinar on 7 July