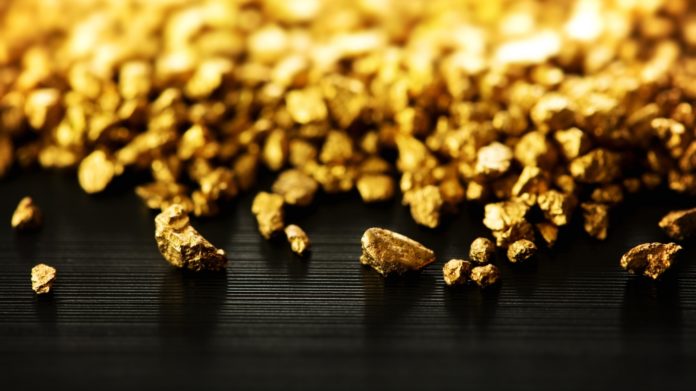 IN 1997, when Randgold Resources listed on the London Stock Exchange, about 2.5% of world gold production was being dug in West Africa, of which most was from Ghana. In contrast, South Africa produced more than 15% of total world production.

Two decades later, just as Barrick Gold absorbed Randgold Resources in a merger that left a gaping hole in London’s gold investment market, the picture could hardly be more different. West Africa comprised 12.5% of world gold output, largely owing to major new mineral discoveries in the francophone regions of Mali, Côte d’Ivoire and Burkina Faso. South Africa had become a relative minnow in the gold mining stakes, worth only 3.2% of world production, according to data from the Minerals Council South Africa.

The prognosis of those invested there is that the West African region will grow its production base further. “West Africa will overtake China in the near future,” says Sébastien de Montessus, CEO of Endeavour Mining, a company whose ambition is to become London’s go-to gold share, filling the vacancy left by Randgold in 2019. Six of the world’s largest gold producers by market capitalisation have a presence in the West African region. “I expect it to grow faster than other regions of the world.”

West Africa attracts the most gold exploration spend after North America and Australia, and consequently has been host to an estimated 79 million ounces in new discoveries in the past decade, the most globally, according to S&P Market Intelligence. But it’s risky operating there.

Mali, for instance, has been embroiled in crisis since the resignation last year of its president, Boubacar Keita, amid year-long violence. The junta that replaced him – installed in order to oversee an 18-month transition period – fired the country’s interim president in May. Described as a ‘coup within a coup’, the events were enough to set nerves jangling among the 15-member Economic Community of West African States (Ecowas), which insists Mali must hold democratic elections by February, 2022.

Endeavour Mining doesn’t have an operating presence in Mali (it is considering developing the Kalana project there), but it is massively exposed to Burkina Faso on Mali’s southern border. In fact, of some 1.4 million ounces in gold production forecast for its 2021 financial year, roughly 853,000 oz is from Burkina Faso.

“In terms of geopolitical risk, if I look at our peers who are operating in Mali, they’ve not really been affected by the current environment,” says De Montessus. It’s true that gold mining – which accounted for 10% of GDP last year – tends to plough on during political and social foment in Mali.

That’s not necessarily true of Burkina Faso, however, where a jihadist strike near the premises of the Boungou mine halted production and seriously damaged its Canadian owner, Semafo, until it was bought by Endeavour Mining. Political risk is the biggest question hanging over Endeavour’s investment proposition.

In the end, De Montessus believes it boils down to a risk-reward equation investors will have to assess. “We feel that this is the place to be,” he says. “Some investors will be looking for, I would say, moderate risk, which are probably [areas in] North America or in Australia. But they have less reward.”

There is, of course, nothing new about political risk and mining, especially in Africa as evidenced by the ousting of Alpha Conde, Guinea’s president on Sunday (September 5). There’s still massive uncertainty regarding the situation in Guinea but has with Mali, the ouster was a politically ice cool in execution. Amid some rejoicing in the streets and a degree of social foment, it has been bloodless.

“When I started in the early Nineties it was risky; much more risky than it is today,” says Mark Bristow, the South African-born CEO of Canada’s Barrick Gold, the world’s second-largest gold producer, of West Africa.

“Mali is the very foundation from which we built Randgold, but it has always been a country of risk. It worried me most,” he says. “But it’s the country that has delivered the most as far as our exploration success goes.”

A complicating overlay to the political intrigues of West Africa’s gold mining has been Covid-19. Jeff Quartermaine, MD of Australia’s Perseus Mining, knows all about that.

Speaking from Perth following a visit to the firm’s $265m Yaouré project in Côte d’Ivoire, Quartermaine says the onset of the pandemic last year called for quick-fire decision-making.

“We reckoned the airlines would be pulling out on Friday, so this was like Monday … I said: ‘Anyone who really needs to get home needs to say so now. We’ll get you out straight away, but if you don’t, you’re going to be here for a while. It’s your call’.”

Perseus planned for its entire expatriate team to leave site, but hardly anyone did.

As a result, some employees worked 12- to 16- week rosters. “A few of the guys were still on-site when I was there last week,” said Quartermaine in June. “We sat down and had a beer over a barbecue one night and it’s pretty evident the bonds that have been created will last them for a lifetime.”

Once fully ramped up, Yaouré will take Perseus’s annual gold production to about 500,000 oz/year. It’s one of several companies, along with B2Gold, a Toronto-listed firm, that has helped build West Africa’s regional dominance in gold.

Outwardly, Perseus would appear to have grown in stature in fairly hitch-free short order, but Quartermaine – while acknowledging Yaouré’s construction has been a success story of note – insists progress has been cumulative. “When we got to Yaouré, we took all the lessons from the previous two operations [Edikan in Ghana and Sissingué in Côte d’Ivoire] and we sat down and put a lot of effort into the planning of it,” he says.

Now, as the half-a-million-ounce production milestone beckons, there are questions about where Perseus Mining sits in the West Africa gold table: neither small player, nor senior – the definition of which tends to be predicated on multi-jurisdictional mines of more than a million ounces annually.

De Montessus says Endeavour could not have contemplated a primary listing on the London Stock Exchange without racking up serious production numbers, but Quartermaine seems less convinced about such targets. Half a million ounces is “an arbitrary number” while claims by Neal Froneman, the CEO of Sibanye-Stillwater, that a market capitalisation of $20bn means mining companies don’t cut the mustard is something Quartermaine doesn’t get “… too excited about. Quite frankly … Other people can call us what they will. What we want to do is to get on and create benefits all round.”

A common refrain from investors in the gold sector, if not in mining generally, is whether firms have enough reserves to keep operating at their current clip. B2Gold is waiting on the Mali interim government to review its surprising decision this year not to grant the firm access over a potential extension of Fekola, a fabulously wealthy mine that comprises about two thirds of the company’s one million oz in expected annual production this year.

In the case of Perseus, it has four-and-a-half years of reserves to maintain 500,000 oz/year. Quartermaine says organic growth probably adds more value than merger and acquisition activity.

That’s an understandable position to take in the current market with a relatively buoyant gold price and assets probably fully priced. Yet West African gold is ripe for more M&A, according to Bristow who, in his roles at Barrick and Randgold, has traded a bucketful of African resources over the last 20 years. The sale of Barrick’s Massawa mine in Senegal to Teranga Gold Corporation paved the way for Teranga’s takeover by Endeavour, leaving Barrick with a minor position in De Montessus’s company.

“I’m a big believer of the consolidation of the industry,” says Bristow, who adds that Barrick’s combination with Randgold triggered the recent wave of corporate action in Africa as well as the migration of North American shares to London, including Wheaton Minerals, Yamana and now Allied Gold.

“Endeavour’s consolidation was always an inevitable occurrence. Sébastien de Montessus started that process and I was privileged enough to help Endeavour to consolidation further,” said Bristow in somewhat rare praise of a peer group company. “Endeavour’s listing on LSE creates another significant vehicle for investors to invest specifically into West Africa.”

De Montessus has high hopes for the listing. “We will be the largest pure gold player on the premium segment and I think alternatives in London have been mainly Russian assets – companies exposed to Russia – so we have an attractive proposition.”