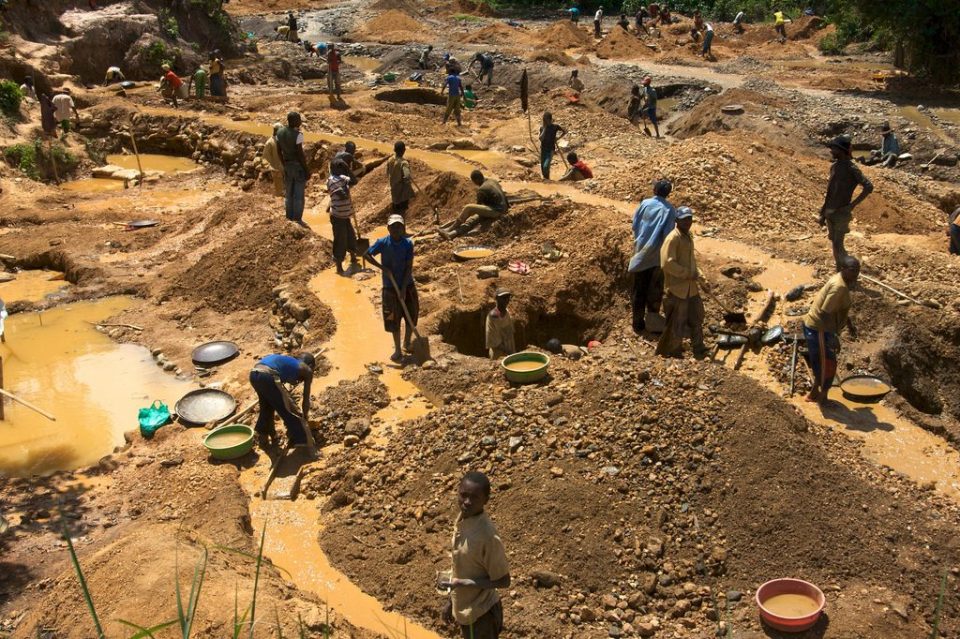 As part of efforts to provide alternative livelihoods for residents of communities where illegal small-scale mining has been banned, the government is rolling out a reclamation project to provide jobs for the youth and also reclaim the destroyed lands.

The alternative livelihood empowerment programme would start from Konongo in the Ashanti Region to reclaim the vast land that has been destroyed by the illegal small scale miners otherwise known as ‘galamsey’.

A Deputy Minister for Lands and Natural Resources in charge of mining, Mr George Mireku Duker, announced this on Thursday, September 9, 2021 in Jacobu in the Amansie Central District in the Ashanti Region at the handing over of a community mining site.

He said “consultants are already on the field doing feasibility studies on how we will reclaim all these concessions that were mined illegally and were not able to be claimed.”

He said the government was committed to reclaiming all these concessions to ensure that the environment was made habitable again.

He said the government has already devoted some funds for the reclamation programme which is also intended to create jobs for the youth in these communities.

He also appealed to the licensed small scale mining companies to support the government to reclaim concessions that are close to their mining enclave.

Mr Duker who is also the Member of Parliament for Tarkwa-Nsuaem asked these companies not to wait for the government before embarking on such acts which could count for their corporate social responsibility.

According to him, all small scale mining companies doing alluvial mining were supposed to reclaim the land concurrently and not wait for years after mining before doing the reclamation.

He said the objective of the government was to ensure responsible mining without causing any damage to the environment and the water bodies that serve as a source of drinking water to the host communities.

He said it was in this vein that the government was supporting all districts involved in community mining with equipment and technical support to ensure that they mined sustainably and responsibly.

As part of the sustainable and responsible mining, the Deputy Minister said the government was supporting all community mining sites with a gold catcher machine, a new technology that helps extract about 95 per cent of gold from the ore.

He said most of the technologies currently in the system attract less than 50 percent of the gold content from the ore and believed that with this new technology, it would help reduce the use of mercury in mining.

He said the use of mercury has been one of the causes of water pollution in all the mining communities leading to slow death among the populace.

Mr Duker said the technology would also help Ghana stop the use of mercury altogether.

He said the machines would be distributed by the Mineral Commission to the Community Mining Concessions in the country and the payment would be spread for a year.

He said the District Community Mining Committee would be in charge of the repayment of the machine.

According to the minister, 100 more are coming and should be assembled and distributed to the various communities by the end of October.

He said the objective of community mining was for the government to control small-scale mining and also create jobs for the teeming youth in the country.

He explained that the government was not against small scale mining but the manner in which it was being done and said it was for this reason that the government introduced the community mining concept to grant the concession to the community instead of individuals and also provide them with the equipment and technical assistance to ensure that they abide by the rules governing small scale mining.

The Jacobu Gyasehene, who represented the chief of Jacobu, was grateful to the government for bringing the community mining to Jacobu and pleaded that it should be extended to ensure that the entire Amansie Central District benefited from it.

He also pleaded with the ministry to let the communities involved know the rules governing the community mining to ensure they also do not fall into the pits of illegal miners and mine responsibly to protect the environment.