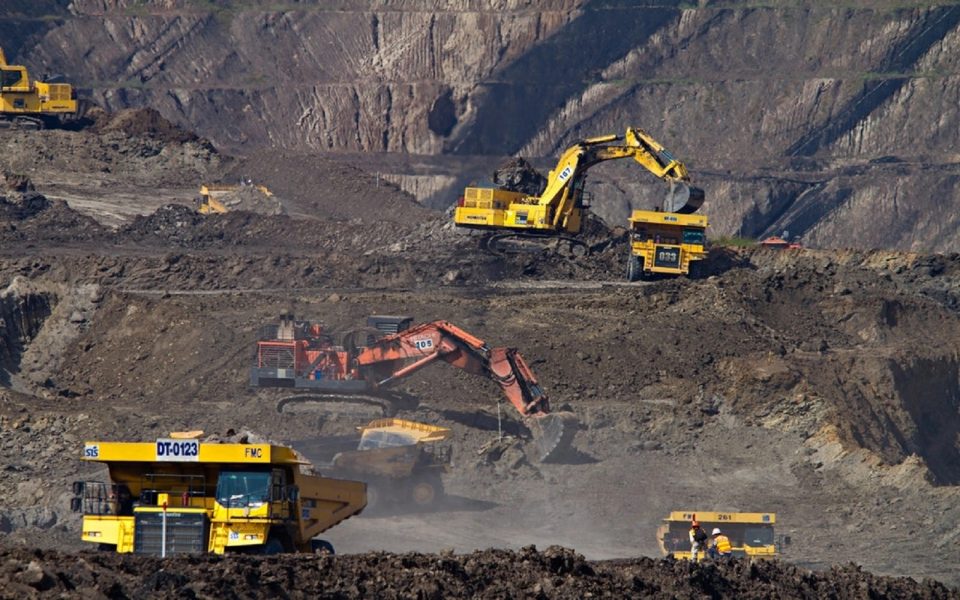 It’s indisputable that Nigeria’s mining sector is presently in a moribund state, despite the government’s diversification mantra.

These deposits constitute a mineralized package that is of economic interest to the prospective miner. Ores obtained via mining activity are gemstones, limestone, coal, oil shale, metals, dimension stone, clay, gravel, potash, and rock salt, among others.

Mining is required to obtain essential commodities that cannot be possibly grown via agricultural processes, or created artificially in a factory or laboratory. Mining of stones and metals has been a well-recognized human occupation since the prehistoric era.

Modern days mining processes involve prospecting for ore bodies, analyzing the profit potential of the proposed mine, extraction of the desired materials, and final reclamation of the affected land after the mine is closed.

The economic importance of mining cannot be overemphasized. In Ghana, for instance, the country’s mining sector is a very vital segment of its economy, and has played a significant role in its socio-economic development since the colonial period. Historically, the Ghanaian mining sector’s contribution to the country’s gross foreign exchange – particularly gold – has only been paralleled by its cocoa sector.

Not only do the products power the family car as well as heat the family home, the manufacturing sector, high tech industries, and even the better known resource industries, are all dependent – in one way or the other – on the mining industry.

The mining industry will continue to be an important support to the economy of any country that embraces it. Aside from boosting Gross Domestic Product (GDP), it encourages high rates of employment opportunities and equally thrives to ensure that the number of entrepreneurs in the country is increased tremendously.

In spite of the ongoing boom in the sector, Nigeria still lags behind. It’s shocking to note that notwithstanding the unquantifiable solid minerals the country is blessed with, mining presently accounts for barely 0.3 per cent of the country’s GDP, due to the influence of its vast petroleum resources.

The country’s domestic mining industry is conspicuously underdeveloped, leading to importation of minerals such as, but not limited to, iron-ore and salt, that could be domestically produced with ease. It’s a shame that the only material that’s overtime mined across the country is sand.

Rights to ownership of mineral resources is held by the Federal Government (FG) who grants titles to interested organizations to explore, mine, and sell mineral resources, but the business has hitherto been relatively unpopular.

The Chief Olusegun Obasanjo’s administration began a process of selling off government-owned mining corporations to private investors in 1999. It’s pathetic and disheartening to acknowledge that till date, those firms are ostensibly lying moribund.

On assumption of duty, perhaps piqued by the ongoing devastating physiognomy of Nigeria’s mining sector, the President Mohammadu Buhari-led government strongly assured the teeming Nigerians that the administration would rejuvenate the industry.

Little wonder the government recently approved a sum of N12.7 billion solid minerals exploration contract. Yet at the moment, pathetically no serious and practical impact has been recorded, probably owing to lack of policy direction.

It’s therefore high time Nigeria started mining the available solid mineral deposits abound in the country – to include tale, gypsum, lead, zinc, bentonite, gold, uranium, bitumen, coal, rock salt, gemstones, kaolin and barite – all which are highly lucrative and of great economic value. This can only be actualized by deploring the required techniques tactically as well as imbibing viable policies into the system.

Surface mining and subsurface (underground) mining are the available two major forms of mining. The target minerals are generally divided into two categories of materials namely, placer deposits and lode deposits. The former comprises valuable minerals contained within river, gravels, beach sands, and other unconsolidated materials, whilst the latter are those found in veins, layers, or in mineral grains widely distributed throughout a mass of actual rock.

In some cases, additional forest logging is done in the vicinity of mines to create space for the storage of the created debris and soil. Basic examples of pollution from mining activities include coal fires, which can last for years, producing severe amounts of environmental damage.

These menaces, as outlined above, can be properly controlled through the effort of the concerned law enforcement agency by implementing stringent environmental and rehabilitation Acts as well as functional policies.

Now that diversification is apparently the only way to revive Nigeria’s troubled and epileptic economy, the governments at all levels ought to endeavour to take the bull by the horn towards ensuring that the mining industry is accorded a well-deserved attention.

Taking into cognizance the impact the said sector stands to create on the country’s economy at large, it’s needless to state that its exploration is long overdue, thus feasible policies and actions are seriously needed.