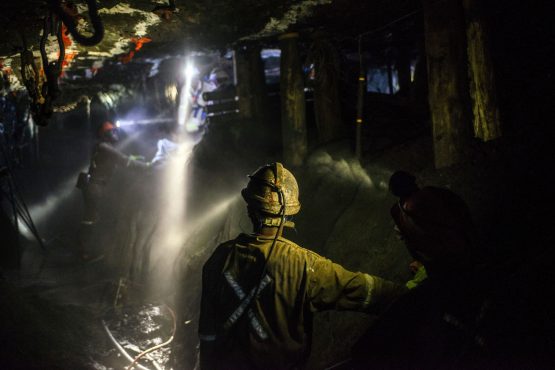 South Africa’s underground miners say operating at half capacity during the coronavirus lockdown is unsustainable, with costs higher than returns, and are lobbying the government to allow them to ramp up output or risk mine closures.

South Africa — the world’s biggest producer of platinum and chrome ore and a leading producer of gold and diamonds — allowed underground mines to restart operations at half capacity in April.

However, AngloGold Ashanti spokesman Stewart Bailey said volumes were important as mines have a high fixed-cost base of around 70% or more of total expenses, incurred regardless of the level of production.

Sibanye-Stillwater Chief Executive Officer Neal Froneman said operating at 50% capacity was not sustainable “because you are effectively operating at a loss”.

“We would rather not operate and keep our operations on care and maintenance if government does not increase the allowed capacity soon.”

Sibanye-Stillwater’s platinum group metals (PGM) operations would need to operate at about 60-65% to break even, while its gold operations require even higher levels to make a profit, Froneman said.

If output is not ramped up, the industry — which employs around half a million people — could see shaft closures and restructurings, he added.

In labour-intensive mines where typically cramped work now has to be adapted to social distancing rules, half the workforce may produce 30-40% of normal output, the Minerals Council said.

Miners want the government to allow them to increase capacity, with Harmony Gold CEO Peter Steenkamp and Impala Platinum spokesman Johan Theron also saying the current situation was not sustainable for much longer.

The government allowed open cast mines to operate at 100% capacity from May but according to draft plans drawn up in April underground miners are unlikely to be allowed to resume full capacity operations before June at the earliest.

Minergy edges closer to nameplate capacity at Botswana mine

Parly advocates for mine safety fund