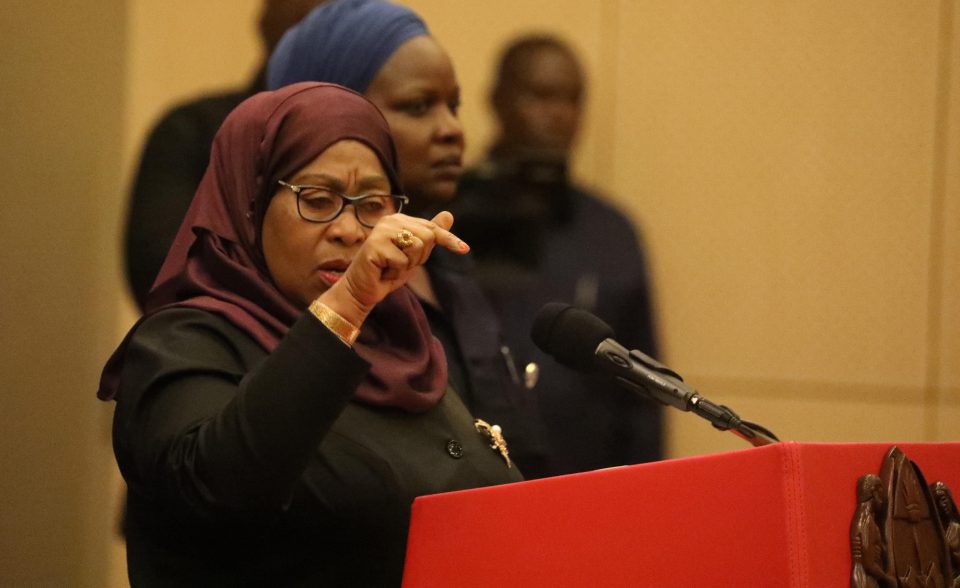 In the mining sector, she specifically stressed on improving partnership with mining companies, mentioning Barrick Gold through its subsidiary in which the government is a 16 percent shareholder.

She also asked responsible officials to fast-track agreements with companies eyeing to start mining nickel and look at how minerals in reserved areas were being exploited.

“This speech is most welcome by the private sector including mining players,” said Mr Philbert Rweyemamu, the chairperson of the Tanzania Chamber of Mines which represent about 50 companies.

“This is a new beginning for the mining sector in Tanzania,” he said.

“Our biggest concern has been about delays in VAT refunds in which the government owes the miners millions of dollars but with that statement, we are confident everything will go well,” he added.

Mr Rweyemamu, who doubles as the Shanta Gold general manager responsible for government relations, said the government owes his company alone some $30 million in the VAT refunds.

“If we get this money, it will help us in developing our project in Singida,” he said.

In 2017, Tanzania amended the mining law and enacted two other natural resource-related laws, compelling mining companies to partner with the government in an attempt to ensure the government gets a significant share of benefits from the minerals.

Get the latest in African news delivered straight to your inbox

The government also banned exportation of concentrates from Barrick Gold mines which were then managed by Acacia that was accused of cheating in taxes.

After negotiations that ran for almost two years, Barrick signed a framework agreement with the government of Tanzania.

In 2020, the two partners formed Twiga Minerals Corporation in which the government owns 16 percent free-carried shares in accordance with the mining law. However, President Hassan said yesterday that there were still a lot of unsettled challenges in the partnership with Barrick. “Go and clear the challenges so that we move ahead” she ordered.

She stated that there were issues related to taxes which government officials needed to handle carefully.

“We should not reach a point of flexing muscles. We still need the investors. If there are taxes which the ministry of Finance cannot exempt, bring them to us so that we can deal with them,” she said.

“We have also agreed with some companies for new investments. Negotiation teams should hasten the process so that the companies can start mining,” she said.

“On mining in reserved areas, let us also see how we extract the minerals. We still need the animals and at the same time we need the minerals.

“By the way the animals do not eat the minerals, we should look at the opportunity cost of mining and that of not mining,” she added.

Barrick signs agreement to reopen Porgera gold mine in PNG

High rates of vaccine hesitancy among mine employees in Mali