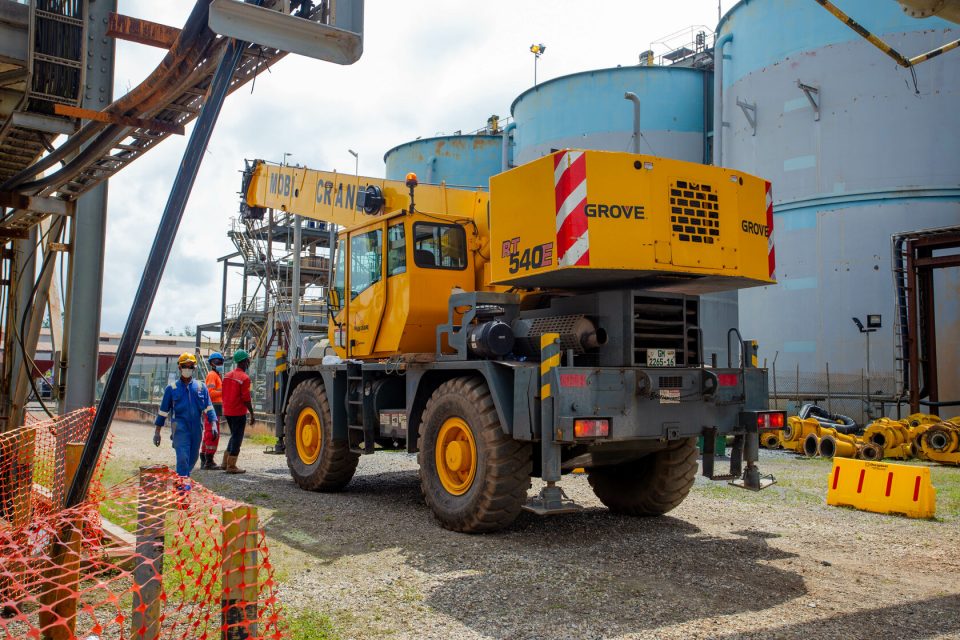 Asante Gold Corporation (CSE: ASE/ FRANKFURT: 1A9/U.S.OTC: ASGOF) (“Asante” or the “Company”) announces that the contract to conduct mining activities at the Bibiani Mine has been awarded to PW Mining (Ghana) (“PW Mining”), and mobilization to site has commenced.

Open Pit Mining Operations will start in February, to include development of satellite pits and provide feed material to the Process Plant from Q2 2022. Main pit development, to its planned ultimate +350 metres depth in 2029, includes a 4-stage cut back program. Total material movement will be up to 75 million tonnes/year. PW Mining will mobilize up to 125 units of heavy equipment, including drills, excavators, haulage trucks, bulldozers, and ancillary equipment. Site establishment includes construction of a heavy equipment maintenance facility, offices, and a training center.

PW Mining has been in operation in Ghana since 1994 and has delivered projects for many major mining companies in Ghana, including most recently for the Asanko Gold (Galiano Gold) Obotan mine. PW Mining employs a highly trained and motivated workforce in West Africa, with Ghanaians representing over 98% of its staff. PW Mining’s reputation of delivering projects safely, on time, and to the highest standards has been well established. In 2016 and 2019, the Ghana Chamber of Mines awarded PW Mining the Mining Services Contactor of the Year Award for outstanding service and for being a Mining Industry leader.

More than 850 people will be employed by PW Mining at the Bibiani site. Having previously been contracted to mine at Bibiani, PW Mining is well known to the local communities where most of its workforce will be sourced. Asante and PW Mining are committed to employ more than 70% of the mine workers from the immediate community. To support achievement of this objective, a training center will be built and equipped with a state-of-the art heavy equipment simulator facility, ensuring operators are trained and certified to the highest industry standards.

Refurbishment of the Process Plant was initiated in September 2021 and remains on track and on budget for first gold pour in Q3 2022. To achieve this objective, more than 900 people have been working on site.

Douglas MacQuarrie, President & CEO states, “Our Team has been impressed by the quality of people, resources, and record of success in the mining business that PW Mining brings to the Bibiani Mine. Asante looks forward to working with PW Mining, and all our other project partners, to continue to deliver a safe and successful operation.”

Asante is a pure gold exploration and development company with a high-quality portfolio of projects in Ghana, Africa’s largest and safest gold producer. Asante is focused on developing high margin gold projects including the Bibiani and Kubi Gold mines located on the prolific Bibiani and Ashanti Gold Belts. Asante has an experienced and skilled team of mine finders, builders, and operators, with more than 24Moz of gold resources and reserves discovered and developed in Ghana. Asante is listed on the Canadian Securities Exchange and Frankfurt Stock Exchange and has announced plans to co-list its shares in Ghana. Asante is also exploring its Keyhole, Fahiakoba and Betenase projects for new discoveries, all adjoining or along strike of major gold mines near the center of Ghana’s Golden Triangle. Additional information is available on our web site at: www.asantegold.com

About the Bibiani Gold Mine

Bibiani is a historically significant Ghanaian gold mine situated in the western region of the country. Bibiani has previous production of near 5 Moz, is fully permitted with available mining and processing infrastructure on-site consisting of a 3 million tonne per annum mill and processing plant, and existing surface and underground mining infrastructure.