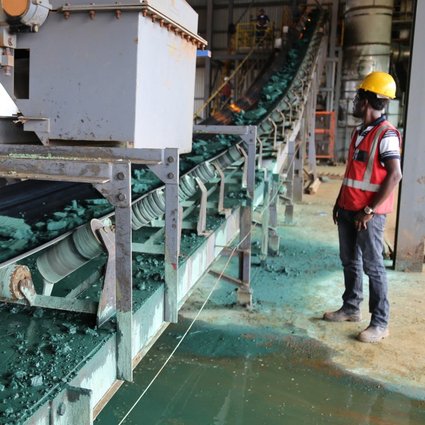 The CEO of mining giant China Molybdenum was back in the Democratic Republic of the Congo (DRC) last week to meet senior officials.

Sun Ruiwen’s second trip to Kinshasa in less than three months came as China Moly’s copper and cobalt operation in the Central African nation faces its biggest test yet, after a court temporarily suspended it from running the massive Tenke-Funrugume mine (TFM).

He met Congolese Prime Minister Sama Lukonde Kyenge and officials of the Senate – the upper house of parliament – for talks believed be to seek support as the company’s mining contracts face renegotiation.

Sun and Lukonde met “to discuss the next step to develop new energy metals in the Democratic Republic of the Congo together with corporate strategic partners”, a statement from China Moly – the world’s No 2 cobalt producer – said following Tuesday’s talks.

This came just days after a commercial court in Lubumbashi, the Congolese mining capital in the southeast, suspended China Moly from the management of the Tenke-Fungurume mine.

A third-party administrator would be appointed for six months, the court said on March 1 in a case filed by Congolese state-owned commodity trading and mining company, Gecamines. 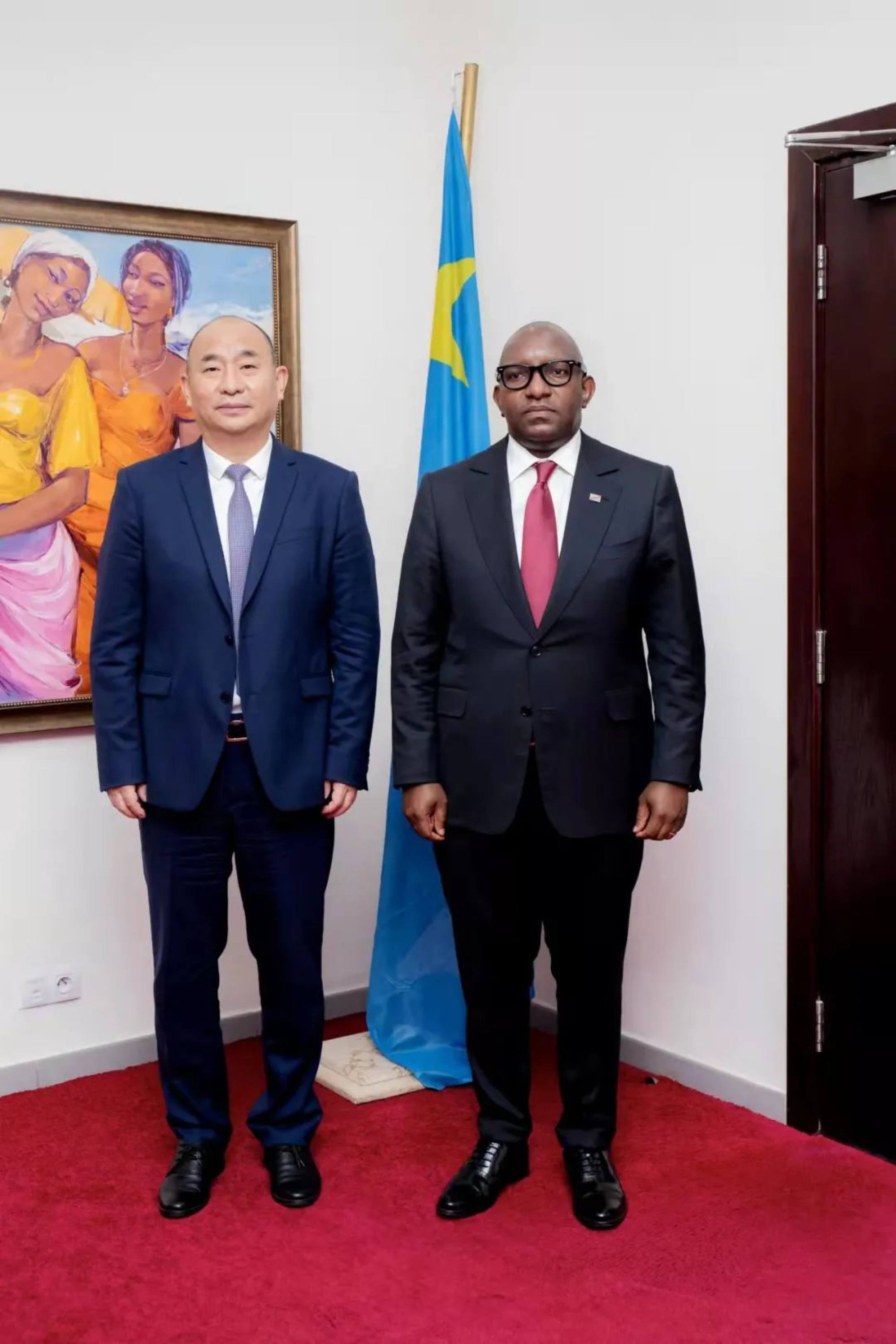 Although China Moly’s readout of the meeting did not mention the court ruling, Sun is believed to be concerned about it.

Gecamines, which holds 20 per cent of the Tenke mine, has accused China Moly of not declaring thousands of tonnes of reserves at the site, a move that allegedly denied Kinshasa much-needed royalties. This comes after Kinshasa formed a commission in August to investigate reserves at the Tenke project to help determine the true value of the government’s shareholding through Gecamines.

The readout said Lukonde welcomed further investments from China Moly which was an important partner of the Congolese government. The two parties also agreed to “jointly employ an internationally recognised third party to conduct the [TFM] evaluation” for a “fair and just” outcome that protects investor interests.

In February, Sun also engaged President Tshisekedi in a video call, where they discussed a plan to create a supply chain for “new energy metals” in planned investments.

Although the DRC produces two-thirds of the global supply of cobalt – an essential component of electric vehicle batteries – the government says the country has not benefited from the resources. Most of its cobalt ore is exported to China to make EV batteries, weapons, machinery and electronics.

President Tshisekedi accused his predecessors of having signed lopsided contracts with mining companies – most of them Chinese – and said he wanted to renegotiate them. Apart from China Moly’s contracts, Kinshasa also wants to renegotiate a US$6 billion infrastructure-for-minerals deal with Chinese investors signed by the previous administration in 2008.

“[With the TFM court case], the DRC has just raised the bar higher, putting a bit more pressure on the Chinese side,” said policy and mining analyst Christian-Geraud Neema, francophone editor at the China Africa Project.

“And we see that the visit to the prime minister brings new elements. Options that were raised during that visit show that there are divergent factions and interests within the Congolese power [structure],” Neema said.

He said the main options were in total contradiction with both the court’s decision to appoint a third party administrator and the political framework which the revision commission put in place last August. 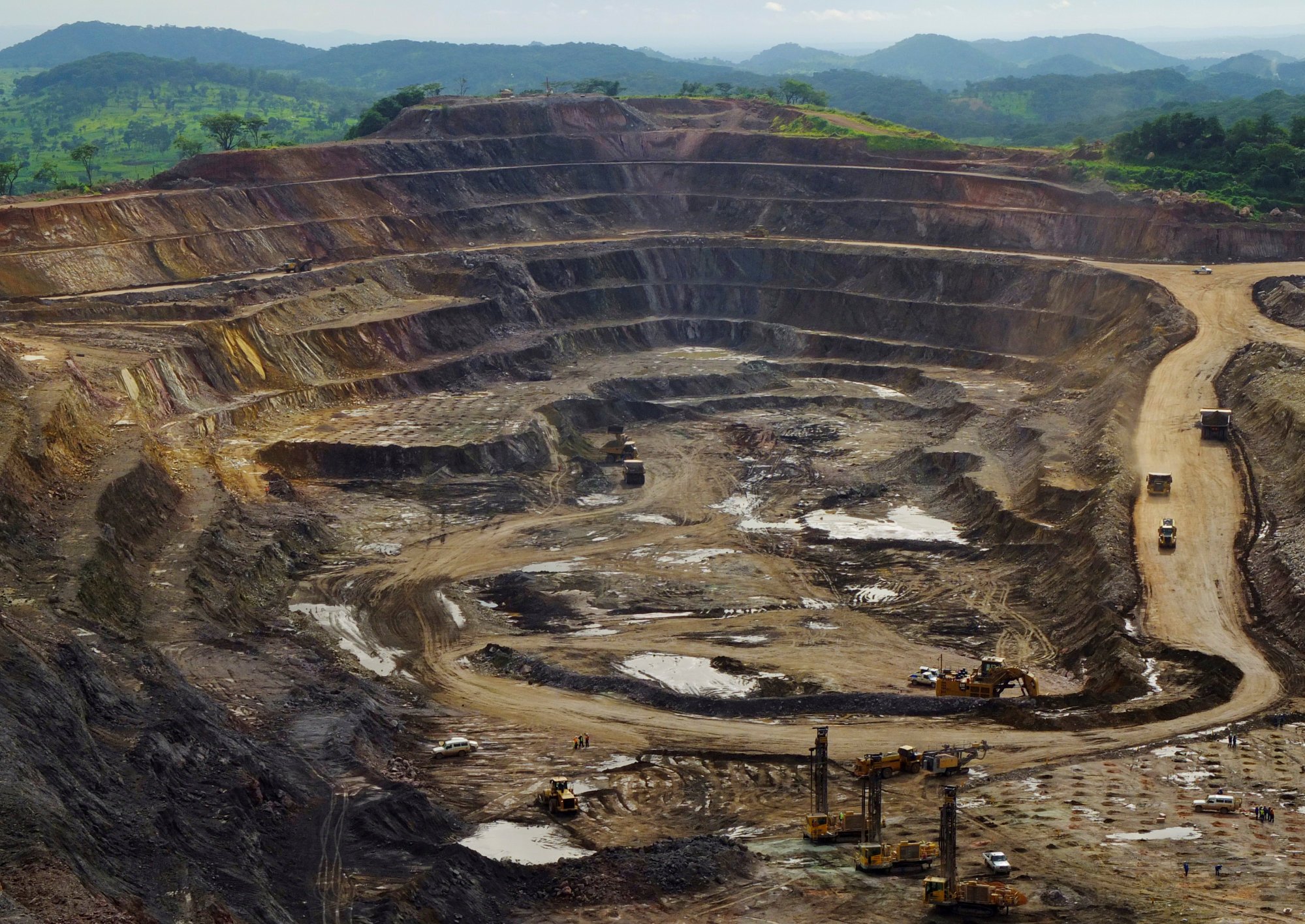 The Tenke-Fungurume site is the world’s second-biggest cobalt mine. Photo: Reuters

The commission, piloted by Tshisekedi’s chief of staff, was the only framework in charge of dealing with issues, Neema said.

Discussions were likely to continue because neither side would want to break the contracts, Neema said.

“TFM is very important for China Moly because it’s one of the largest copper and cobalt mines in the world, leaving it will be a strategic mistake. Freeport who had it before still regrets that decision,” Neema said.

Caspar Rawles, chief data officer at London-based Benchmark Mineral Intelligence, said it was not yet clear why Kinshasa wanted to renegotiate the mining contracts.

“It seems the DRC government feels they have found a discrepancy which requires further investigation, but it’s hard to say at this point exactly what the infringements have been,” he said.

“With so much focus on the energy transition, and the opportunity this offers the DRC via its vast reserves of both cobalt and copper, it would seem the government wants to ensure they can maximise potential royalties or revenues.”

As for Gecamines moving court, Rawles said negotiations might have failed or that Gecamines had not found the resolution they were expecting, and were putting more pressure on China Moly via the legal route.

TFM is the world’s second-largest cobalt mine, after Anglo-Swiss Glencore’s Mutanda mine – also in the DRC – and represents an important strategic asset for both China Moly and China itself, he added.

“With demand for cobalt from the battery sector expected to rise by 208 per cent by 2030, the market is expected to fall into deficit by 2024 and as such security of supply is of key concern for battery supply chain companies,” Rawles said.

“From the DRC’s perspective, Tenke is an expanding source of royalty revenue, and as such a key project for the country to capitalise on the energy transition.”