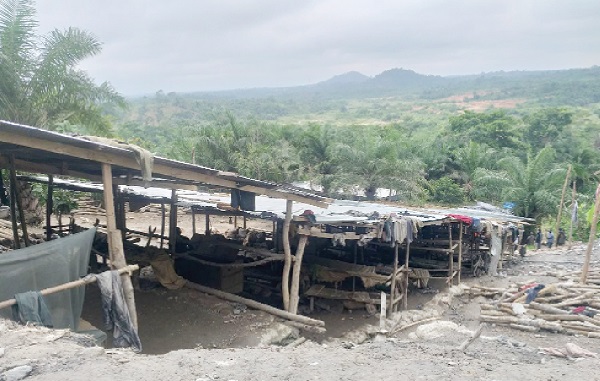 President Nana Addo Dankwa Akufo-Addo last week launched the National Alternative Employment and Livelihood Programme (NAELP) in Tarkwa in the Western Region, which is meant to create some 220,000 direct and indirect jobs.

The initiative is aimed at helping to reduce the hardships people in mining communities who are engaged in illegal mining endure as a result of the ban on their operations.

The NAELP is an intervention spearheaded by the Ministry of Lands and Natural Resources.

The initiative has been well designed and beneficiaries are expected to be trained in sustainable mining practices at the University of Mines and Technology, Tarkwa, before being allocated land by the government in the various mining districts nationwide to carry out artisanal mining in a regulated and environmentally friendly way.

Indeed, NAELP is to ensure that mining is done in the right way, within the tenets of the law and does not destroy water bodies and the environment.

Indeed, the harmful effects of illegal mining are significant, with the Ghana Water Company predicting that Ghana may need to import all its drinking water within two decades if contamination continues at its current pace.

During President Akufo-Addo’s first term, the fight against galamsey was a flagship policy and the current initiative seeks to build on the work done.

While we applaud the government for this second initiative, we however, pray that concessions of the well-regulated mining firms are not trespassed.

The fear is that while some community mining operators are satisfied with focusing on marginal gold fields where mineral endowment is too small to attract the large mining firms, many others are drawn to the concessions of such companies where the existence of relatively large gold deposits has already been established.

This is because the mining firms might have spent fortunes on exploration and prospecting on their reserved concessions for future mining activities, only for such concessions to be earmarked for community mining.

Encroachment on concessions under the CMP has the potential to lower new investment and ultimately lower ongoing production, as was the case with AngloGold Ashanti at the height of its crisis.

To create the enabling policy environment for a booming artisanal and community mining industry that is environmentally sustainable and economically beneficial to the state and citizens, greater engagement with local actors is the path to chart.

For us, the solution is the devolution of small-scale mining decisions to municipal and district assemblies working in collaboration with traditional authorities.

This will facilitate greater recognition and inclusion of local actors in the licensing process. It will also open dialogue with local miners, since municipal and district assemblies are the local development agents. This will bring decision-making processes closer to small-scale miners and enhance the effective policing and monitoring of the sector.

Reforms of the licensing regime for small-scale mining should be driven by the need to match the cost of formalisation with the complex socio-economic dynamics of majority of operators.