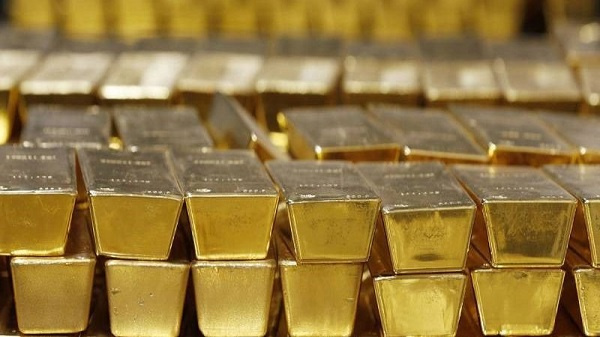 The surge in gold prices on international commodity markets is accelerating plans by gold mining companies to set up new mines in Ghana. It is also making old, discontinued mining operations viable again.

The first mines in northern Ghana – there are two of them – are approaching construction stage. But even before construction on those two begins, the improved economic viability of gold mining, coupled with technological advancement is bringing old mines in Ghana back on stream again.

Construction on Ghana’s latest gold mining project is set to begin immediately following the granting of an environmental permit to Goldstone Resources from the Ghanaian Environmental Protection Agency (EPA) for its Homase South Pit.

This is part of its wider Akrokeri-Homase project which comprises of the Akrokeri underground mine and the Homasi open pit, where it will conduct surface mining.

The environmental permit is a prerequisite for the other needed operational permits which the company now expects imminently. Goldstone had anticipated developing the mine some six months ago and is now looking to pour first gold just two months from now.

GoldStone asserts that it is a major achievement in the development of the AKHM project, which will be the company’s first mine in its highly prospective total licence area of 83.24km².

But in actually both the Homase open-pit mine and the Akrokeri underground mines involve the development of earlier productive mines, which indeed is why they can be brought into new production so quickly The original Akrokeri underground mine produced 75,000 ounces and the first incarnation of the Homasi surface mine produced 52,000 ounces. But their reincarnations will be far more productive.

Located in south-western Ghana, the AKHM Project is said to hold 602,000 ounces of gold resource at an average grade of 1.77 g/t. The existing resource at the project is confined to a 4km zone of the Homase Trend, which includes the Homase North, Homase Pit, and Homase South pits.

GoldStone Resources CEO Emma Priestley says: “We have been eagerly awaiting receipt of this permit so that we can start construction and mining.

“The permitting process has taken approximately six months longer than what we initially anticipated, but we are delighted to now be in a position to commence the next stage of operations at the AKHM Project.”

In December 2020, the company was granted a 10-year mining lease, which was ratified by the Ghanaian Parliament.

The Homase open pit, which is being redeveloped by the company, is located nearly 12km along strike from AngloGold Ashanti’s Obuasi gold mine.

The company, which had spent over US$33 million on project development as at 2018, is relying on th expertize of its two biggest shareholders to see the project through. These are Paracale Gold Limited, a specialist firm in mining investment, which holds a 28 percent equity stake; and BCM International, one of Africa’s largest private mining contractors which holds a 20 percent stake. .

But Ghana’s next mine will be entirely new and is located far further north than any other mine in Ghana before them.

This is the Namdini Project owned by Cardinal Resources, a company listed on the ASE which , one of the most promising gold concessions in West Africa and which stands to be developed into the first major gold mine to be located in northern Ghana.

It is located in the vicinity of Bolgatanga, Upper East Region. The feasibility study submitted in November last year, is based on proven and probable reserves of 5.1 million ounces of gold, which will support a mine with a 15 year life span, that will produce 4.2 million ounces.

This is based on a targeted 85 percent gold recovery rate during those first three years, using Aachen processing technology, adopted to reduce operating costs and utilize a carbon-in-leach plant. Indeed, projected all-in sustaining costs are a relatively low US$585 per ounce during the caital expenditure pay back period of 21 months.

The mine is projected to generate US$1.46 billion in pre-tax free cashflow over the 15 years, which means royalties of some US$73 million for government, in addition to income tax and dividends on its 10 percent freely carried equity stake.

Capital expenditure will amount to US$348 million plus another US$42 million for contingencies and the projected gold price of US$1,350 per ounce is well below the current market price.

The mine will be a single open pit for surface mining.

Cardinal Resources had hoped to have its mine up and running before the end of 2022 but this depended on its securing all the requisite finance before the middle of this year, a proposition no longer possible because of the protracted bidding war and despite the attractive project economics.

However, both new developments – the one about to start production imminently and the one which will take at least two more years before it can pour first gold – show that the surge in the global markets price for gold will provide veritable financial benefits for Ghana at a time that the advent of the COVID-19 pandemic has curbed global demand and consequent prices for the country’s other major export commodities.

In 2020 the realized price of gold rose by 25.7 percent, while the cocoa price declined by 5.8 percent, Ghana’s revenues only salvaged over the last three months of the year by the introduction of the US$400 per tonne Living Income Differential. Only now are crude oil prices recovering after a 22.6 percent decline in 2020.

It is instructive that new gold production in Ghana has stagnated for half a decade and exploration activities had declined as well until the current surge in global process began.

But this is about to change for the better as new gold mines get ready to come on stream at last.

N.W.T. mining projects eye roads to get them up and running