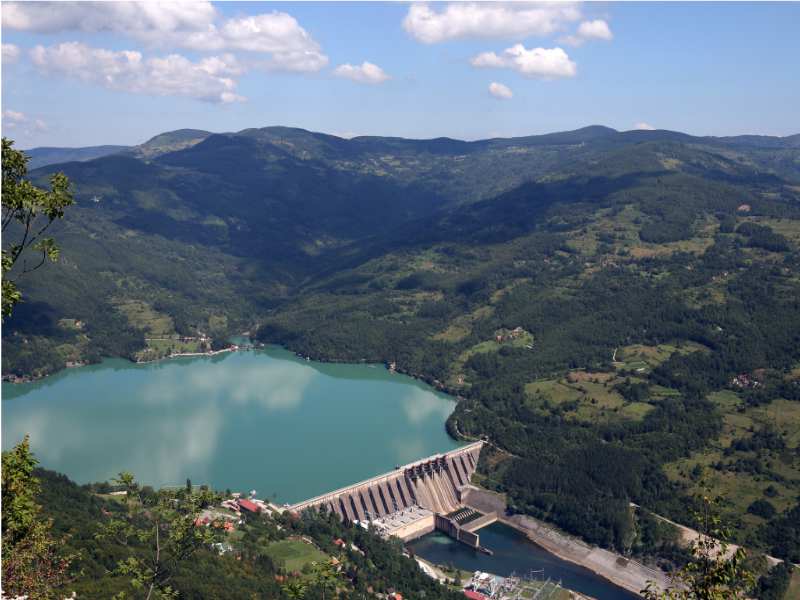 To support the continued successful performance of the Kamoa mining complex, Ivanhoe Mines Energy DRC has signed a Memorandum of Understanding in a public-private partnership with the DRC’s state-owned power company La Société Nationale d’Electricité (SNEL).

The MOU undertakes to deliver reliable, clean, and renewable hydropower to the Kamoa Mine.

Ivanhoe Mine’s Co-Chairs Robert Friedland and Yufeng ‘Miles’ Sun explained that Ivanhoe Mines Energy DRC’s (which is a sister company of Kamoa Copper SA) public-private partnership with SNEL is aimed at working together to strengthen the grid’s capacity.

This objective is to be met with renewable energy through the upgrade of a major turbine in the existing Inga II hydropower plant located in the southwest of the DRC, on the Congo River: the deepest river in the world and the second-longest in Africa after the Nile River.

Hear more about hydropower and renewable energy at the Enlit Africa digital event between 8 and 10 June. Register now for your front row seat

The Inga II hydropower plant has been running for approximately forty years, with four of the eight turbines refurbished. Turbine 5 is one of the remaining four that is awaiting an upgrade and is estimated to produce 162MW of renewable hydropower, providing the Kamoa Copper mining complex and associated planned smelter with sustainable electricity for future expansions.

A leading engineering group in Germany, Voith Hydro of Heidenheim has been appointed as the lead contractor for this upcoming project.

The long-term, sustainable supply of electricity is essential to Ivanhoe’s vision to develop Kamoa Copper into one of the world’s largest copper projects, while doing so in an environmentally, ethically and socially responsible manner. The generation of hydropower will greatly improve and contribute to the economic and social development of the DRC.

Ben Munanga, Chairman of Kamoa Copper stated: “This new power supply agreement is an important step toward our sustainability journey as it will provide the Kamoa Copper Mine with priority access to a combined 240 megawatts of clean, renewable electricity from the combined upgraded turbines at Mwadingusha and Inga II hydropower plants.

The first public-private partnership between Ivanhoe Mines Energy DRC and SNEL, upgrading the Mwadingusha hydropower plant, has been an ongoing success. At this stage, the Mwadingusha power station is almost completely refurbished with state-of-the-art controls and instrumentation.

So far, Kamoa Copper has funded the development of 70km of road access, a water treatment plant, a medical care facility and all the required equipment and infrastructures to make Mwadingusha viable and sustainable. Once fully completed, the Mwadingusha plant will provide 78MW of clean, hydro-generated electricity, enough to take Kamoa-Kakula through phase 1 and phase 2 production.

President of the Democratic Republic of Congo, Félix Tshisekedi has expressed full support of the public-private partnership to upgrade turbine 5 as it will not only support Kamoa Copper’s expansion plans but also provide reliable electricity to local communities.

Tshisekedi commented: “The Democratic Republic of Congo is blessed with extraordinary hydroelectric potential. It is imperative to develop this potential because hydropower is clean, reliable, and renewable. It is undoubtedly the most suitable type of electricity to support our country’s long-term development priorities.”

“Partnerships such as the one between Ivanhoe Mines and SNEL will allow us to inject additional capacity into our electrical grid and improve the living conditions of Congolese citizens by increasing their access to electricity. At the same time, the additional power that will be generated will allow Kamoa Copper to beneficiate its mining products in the DRC. This will create additional revenue for the country and as a shareholder of Kamoa Copper, the DRC sees this local value creation as a strategic imperative,” Tshisekedi added.